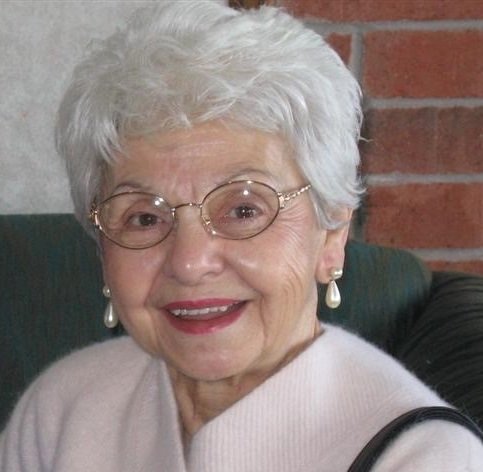 She emigrated with her parents and brother to America in 1938, settling in Mexico, Missouri. She graduated from Mexico High School and attended Kirksville State Teachers College where she met future husband, the late John F. (Jack) Toney of Fond du Lac. They were married at the First Presbyterian Church in Fond du Lac on May 1, 1954. She worked as a retail clerk for Red Owl (later renamed Farrell’s Country Store) for 30 years, retiring in 1993. She also volunteered at the Galloway House for many years and was a member of the local Phoenician Daughter’s club.

She was loved by all whose path she crossed. Her secret to winning affection was simple, she greeted everyone with a smile. She rarely turned down a good game of bingo or dominoes and her homemade grape jelly was a family favorite.

She will be remembered as a loving mother and friend, always caring for others before herself. She is survived by her three sons, Michael Toney and wife Sandra of Elkhart Lake, Wisconsin, Fred Toney and his wife Karen of Madison, Wisconsin and Joe Toney of Madison, Wisconsin; four grandchildren, Jason, Sara, Ben and Tideg; five great grandchildren, Grace, Skyla, Saige, Will, and Vance; two brothers, Fred Hassen of Houston, Texas and Sid (Madeline) Hassen of Washington, Missouri. She was preceded in death by her parents, her husband, sister Rosafay Hassen and sister-in-law Sue Hassen. The family would like to extend their gratitude to the residents and staff of Adelaide Place for their care and compassion.

Services are in the care of Uecker-Witt Funeral Home, 524 North Park Avenue, Fond du Lac, WI, 54935. Additional information and guestbook can be found at ueckerwitt.com