Tampa Bay Rays relief pitcher Pete Fairbanks merely recounted his time in baseball, from high school to this year’s World Series, on Friday during the Mexico Rotary Club meeting at The Oaks Country … 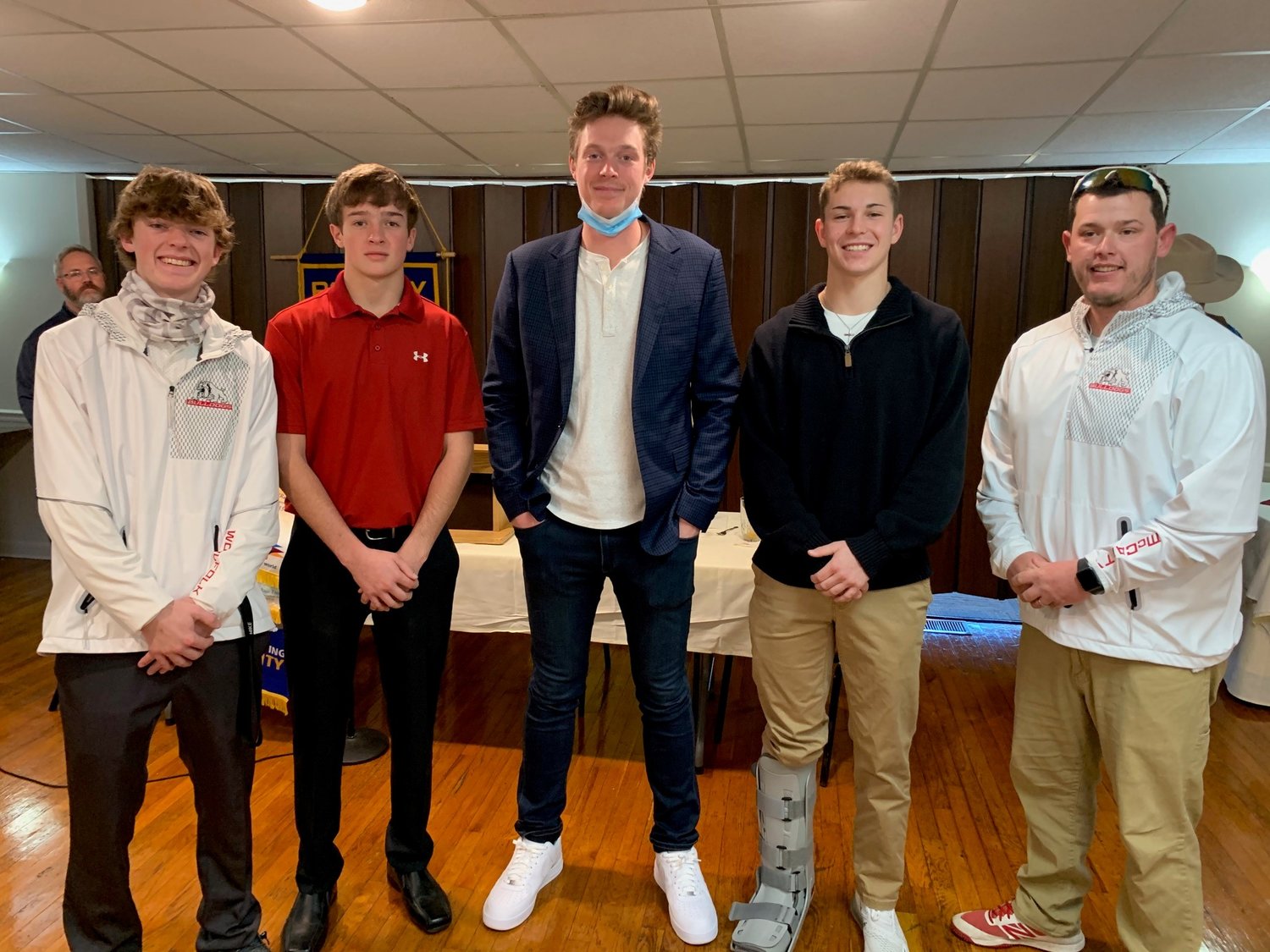 Tampa Bay Rays relief pitcher Pete Fairbanks merely recounted his time in baseball, from high school to this year’s World Series, on Friday during the Mexico Rotary Club meeting at The Oaks Country Club. In doing so, however, he told an inspiring tale – one that had little to do with the thrill of victory.

“This year was just fun,” he told club members and guests, adding the recommendation that should they find themselves in a room of people showering each other with Champagne, googles would come in handy.

But it was the road to baseball’s Major Leagues that provided life lessons. Fairbanks, who lives in St. Louis and has relatives in Audrain County, suffered severe injuries to his throwing arm on two occasions – the first in high school – before he ever reached the big time. Both injuries required the “Tommy John” surgery, known in medical circles as an ulnar collateral ligament reconstruction.

The procedure essentially replaces a torn ligament with a tendon taken from another part of the body and requires months of rehabilitation.

Fairbanks told the story without pithy inspirational statements. He did not offer words of encouragement. He just put you alongside him as a young career teetered.

The second tear came while Fairbanks was working his way through the Texas Rangers’ minor league system in 2017. Doctors told him to do nothing for nine months and then go through another four months of therapy.

Careers are ended by such injuries. Being out of the game for almost two seasons doesn’t help, either. But as Fairbanks walked the audience through the routine of rehab, it became clear that he used injury as opportunity.

“I wanted to give myself a chance,” he said. “Good things happened in those four months.”

Among the guests invited by Rotary to the talk were Mexico High School baseball coach Daniel McCarty and his three returning seniors, Hunter Woolfolk, Ty Prince and Jesse Fennewald. They heard a story of perseverance and the need for constant improvement.

As Fairbanks noted, after being called up by the Rangers “I threw three good innings. I threw bad for the rest of them.”