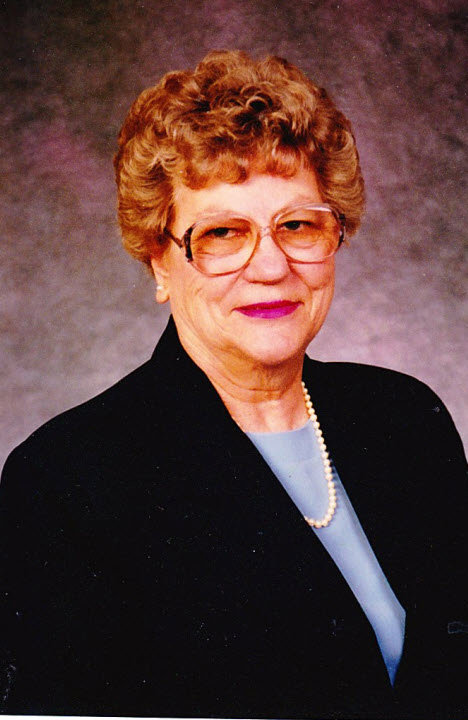 Bernadine Greer has joined her family in Heaven, after 94 years of an active and loving life. Daughter of John Henry Kempker and Ella Hollenbeck Kempker, she was born Jan. 2, 1928 at Meta. She and her family survived the hardships of the Great Depression and the Second World War. Later, she fell in love with and was married to Dr. Laurence E. Greer. He returned from active military duty in the Philippines and was studying to become a veterinarian at the University of Missouri, Columbia. They were married in 1949 at St. Peters Church in Jefferson City. Their marriage marked the beginning of their busy, productive life.

They resided in Columbia, until he completed his Doctor of Veterinary Medicine degree. They moved to Centralia, and from there, to Columbia. For 30 years, Bernadine worked side by side with Laurence. She was mother to their three children, Deborah Sue Greer (currently residing in Jefferson City), Kent Allen Greer (currently residing with his wife, Annie Edwards Greer, in Crystal River, Fla.), and Leigh Ann Greer MacPherson (currently residing with her husband Craig MacPherson in Telephone, Texas). She also became particularly close to her nephew, Andy Opel, who spent many summers working in the practice. Andy is often referred to as her second son, and considered a big brother by her children. While she was working in their busy veterinary practice, she was also active in the Centralia Catholic Church, the American Legion Auxiliary and the VFW Auxiliary, as well as in her children’s 4-H projects, raising livestock and horses on their 40-acre farm south of Centralia.

Bernadine became the matriarch of the family as she was devoted to the love and care of her grandchildren (John Litton, Heather LeConte, Derek Greer, Erin Greer, Christina Hamlin, Rebecca Oldfield) and six great-grandchildren.

After leaving private practice, Laurence worked for the USDA. Bernadine worked at the University of Missouri School of Nursing. He transferred to Florida and Bernadine retired and began helping to rear grandchildren. In 1991, Laurence and Bernadine moved to Bernadine’s childhood hometown of Jefferson City. She was a member of St. Peter's Church, the American Legion Auxiliary, and the Disabled American Veterans Auxiliary. Bernadine was honored to have served as the Past President of the Veterans of Foreign Wars Auxiliary, Post 280 in Columbia and to Post 2676 at Centralia, Missouri.

Bernadine and Laurence were married a total of 48 years.

Memories of Bernadine live on in her children and grandchildren. Bernadine has joined her life’s soul mate, Laurence, her mother and father, and her siblings who preceded her in death: Ann Kempker Chapman, Gussie Kempker Otto, Evelyn Kempker Windsor, Mary Kempker Plogstead, Cordial Kempker DeRues and her brothers, Lawrence Kempker, Walter Kempker, Louis Kempker, Elmer Kempker and an infant brother.

Bernadine was the person everyone could depend on. She was superb at creating family gatherings. She brought laughter and delight to those lucky enough to know her.