Bulldogs edged in battle with Owls

Mexico head coach Tony Senor knows a tough test when he sees it. A win at the Bulldogs’ home courts on Tuesday evening, he said, would require taking down one of the strongest teams in the …

Bulldogs edged in battle with Owls 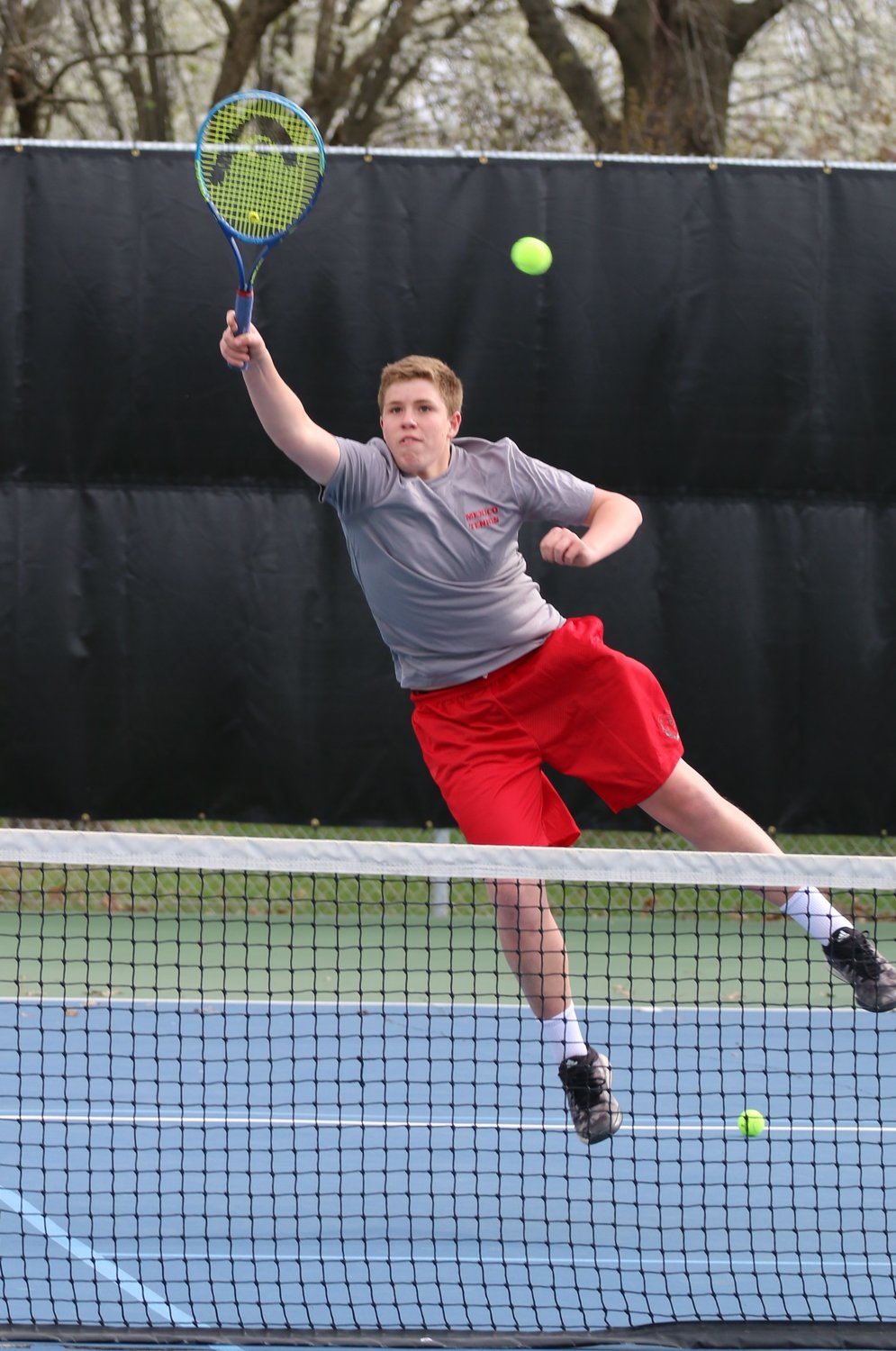 Mexico head coach Tony Senor knows a tough test when he sees it. A win at the Bulldogs’ home courts on Tuesday evening, he said, would require taking down one of the strongest teams in the conference.

Although Marshall left with a 7-2 win, the Bulldogs lived up to the challenge.

In the doubles round, Haden Frazier and Ryan Pemberton battled to a near stalemate with the Owls’ number two duo of Kolton King and Jerome Likorio-Alex before slipping behind 10-7. It was the same back and forth and the same outcome for Bryson Stuehmer and Brendan McKeown – a narrow 10-7 setback.

Randy Hernandez and Carter McIntosh in the number one slot remained within sight of Marshall’s Haydn King and Brayden Chumpraphal, but could not catch the pair. They fell 10-4.

“Marshall is a tough team to play,” Senor observed. “A lot of our matches were a lot closer than the final score.”

That pattern held true through the singles round. Hernandez faced King again and the two stuck fast. But King gained the edge, 10-8.

McIntosh and Frazier had taught battles, but each fell 10-3.

Pemberton took on Likorio-Alex. As was the case all evening, the set became a stand off. But Pemberton remained consistent and pulled away, 10-7. McKeown had less trouble with Marshall’s John Miles, but his 10-3 win took full effort.

“We will get to see them again,” said Senor looking forward to a reversal of fortune. The teams will meet up in the Marshall Tournament and at conference.

On the JV courts, the pairings of Noah Harlan and Dominic McKeown in the one slot and Matthew Huemann and Andrew Pemberton in the two both fell 6-2.

Pemberton then teamed with Declan Gleeson for another tight one, dropping the set 6-3.

Nathan Bull and Trent Lierheimer lost 6-0, as did Zeven Ruiz and Harlan.