Blair Oaks is a team that needs no introduction. They were the defending 2020 Class 3 … 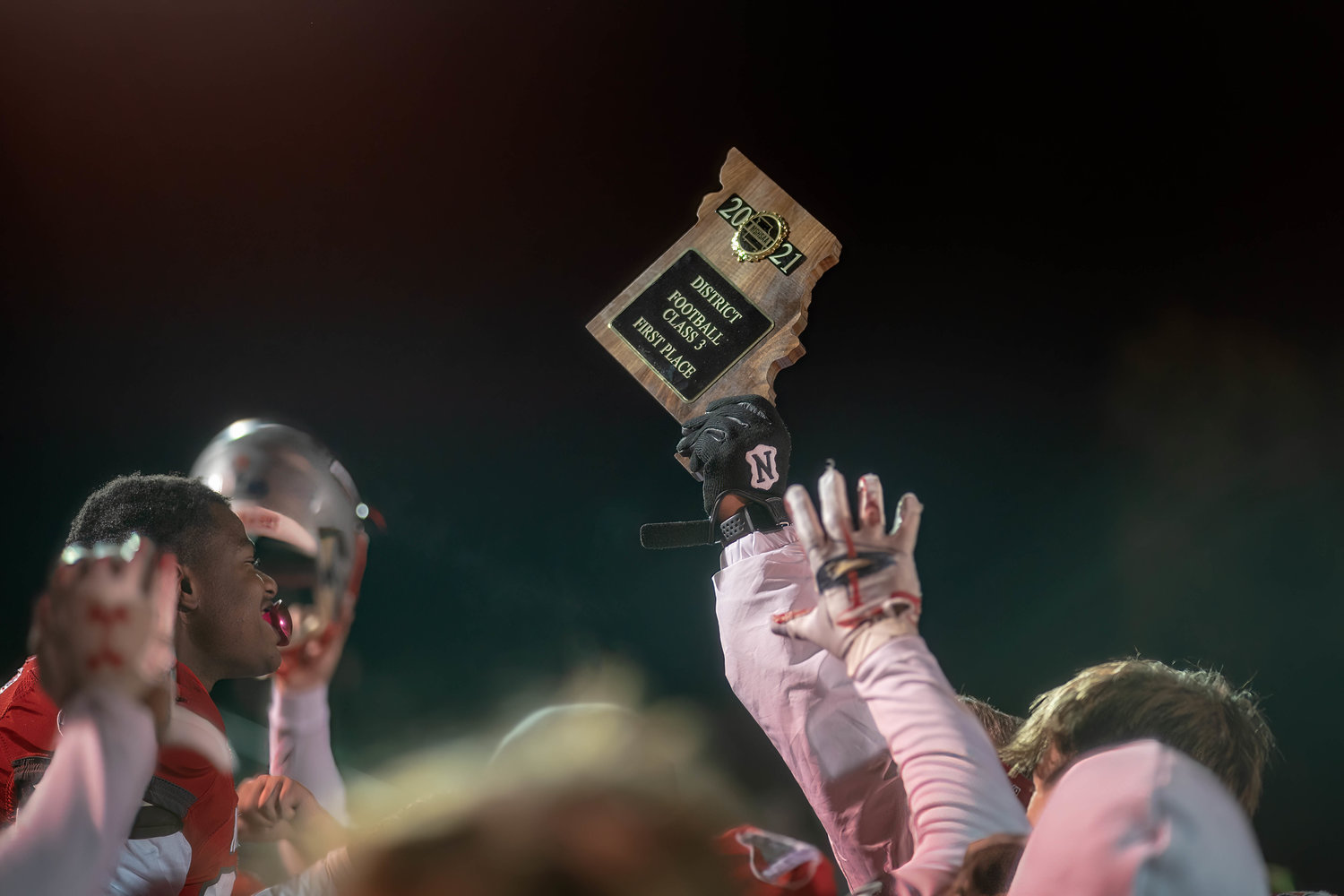 Blair Oaks is a team that needs no introduction. They were the defending 2020 Class 3 state champions and earned national honors as one of the top small-school football teams in the nation by MaxPreps.

“They’re one of those schools who have been successful,” said Bulldogs coach Steve Haag. “They bring a swagger with them.”

But if that was the only thing standing between the Mexico Bulldogs and a district title, then so be it. The Bulldogs scored early and often Friday night en route to a lop-sided 49-14 win before an enthusiastic home crowd at Hawthorne Heights.

Senior Michael White had five touchdowns on the night and two interceptions - including a first-quarter momentum-setter that came on Blair Oaks first possession. Another key play came in the second quarter when Blair Oaks quarterback Dylan Hair left the game with an apparent concussion. He wouldn’t return.

At the half, the Bulldogs were up 42-7. Coming out of the break, Haag says they were looking to maintain their tone with a score off their first possession. While that didn’t happen, they would score the next time around, and with a running clock, would roll to the victory.

White ran for 191 yards on 10 carries - a 19.1-yard average. Shivers collected 107 yards on 11 carries, scoring a touchdown.
Bulldogs faithful braved the winter-like weather, but on field, the Bulldogs were amped and if they felt the cold - it wasn’t apparent.

“When you get that excitement, you kind of block that out,” said coach Steve Haag.

There’s been no shortage of contributors during the postseason run, and some of those names may not always show up in the statline. Haag points to the way Jaden Hatfield has stepped up on defense and offense.

“That’s a huge benefit for us,” said Haag.

Other players like Kendyr Taylor, Deacon Haag and Jacob Prater are some of those setting the tone.

Add to that the explosiveness of White and Shivers and there’s a winning formula.

“If you’re going to be a good football team, you have to do your job for the team to be successful,” Haag said.

Blair Oaks entered the game averaging nearly 54 points a game. To overstate the obvious, they were held to 14 points, with their second touchdown coming late in the game. In summary, the Bulldogs defense dominated.

As a team, the Bulldogs had five interceptions, compliments of White - who had two, Runge, Johnson and Shivers.

“Our guys were fired up,” said Haag. “They wanted to prove themselves.”

“I think this is a good game for us,” Haag said, pointing to his team’s focus. “They have something to prove, and they’re playing like it.”