Several weeks ago, Audrain County Sheriff Matt Oller received a phone call from the Meyers family, who are the owners of several CarQuest Auto Parts stores in the area. The business owners called to … 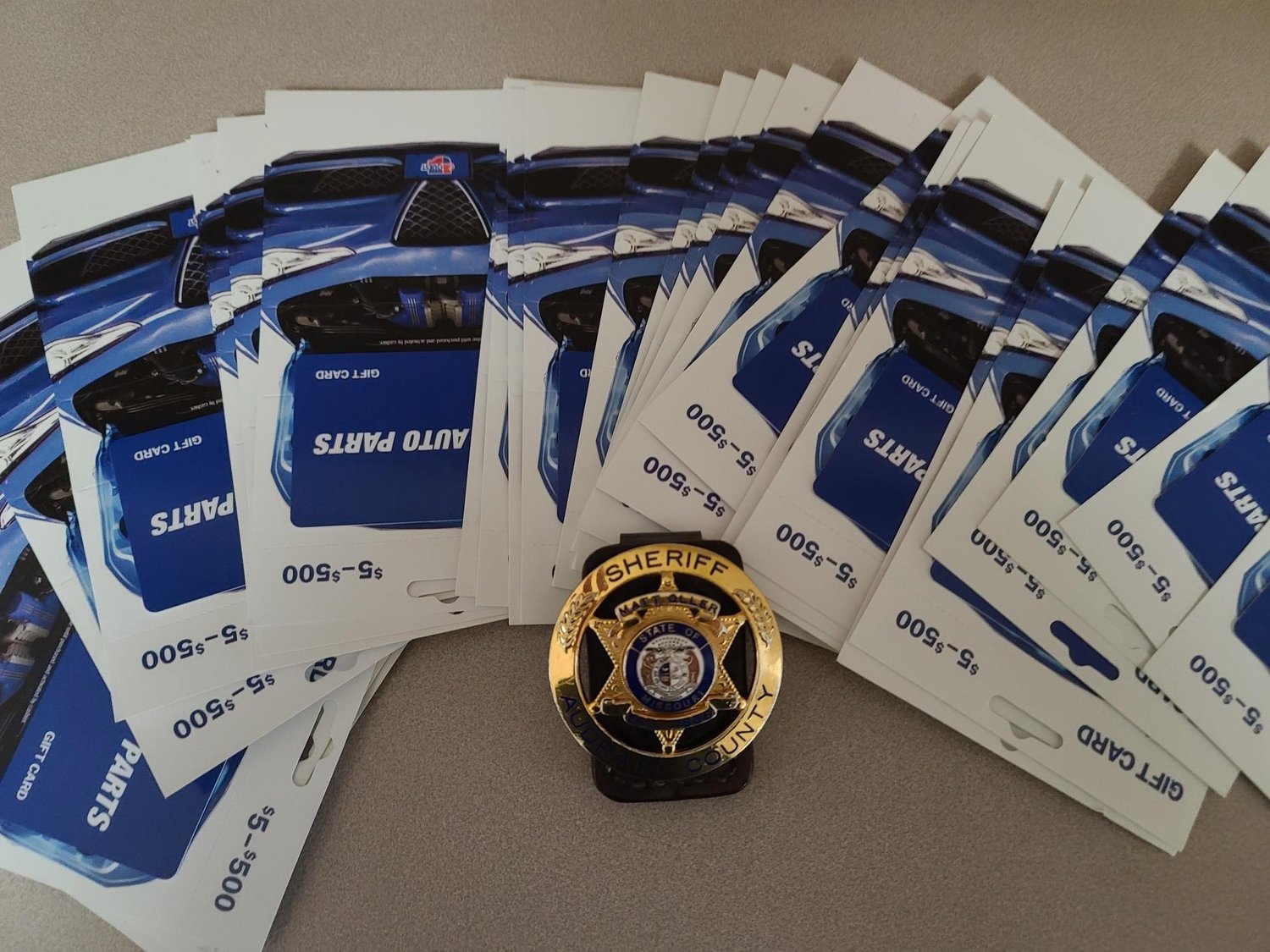 Several weeks ago, Audrain County Sheriff Matt Oller received a phone call from the Meyers family, who are the owners of several CarQuest Auto Parts stores in the area. The business owners called to talk about a plan to help motorists who may find themselves looking at the red and blue lights of sheriff's deputies because of simple vehicle equipment issues, such as a headlight or tail light being out.

The plan was simple - CarQuest would provide sheriff's deputies with gift cards, worth $25 each, and Deputies would have the ability to give one of the cards to a motorist that they have occasion to stop for equipment violations when no further enforcement action is taken and no arrests are made for any other violations.

Sheriff Oller decided the plan sounded like a good one, and today, received the gift cards from Car Quest and they have been distributed to his deputies.

Sheriff Oller extended his thanks to the Meyers family and CarQuest.

"Law enforcement is more than just policing,” Oller said. “It's about trying to make things better, and even though this seems like a really small step, a community can go miles by taking small steps."