Eric Czerniewski was at work on Sept. 22 when he received a memorable phone call from Jerald Andrews, president and executive director of the Missouri Sports Hall of Fame. 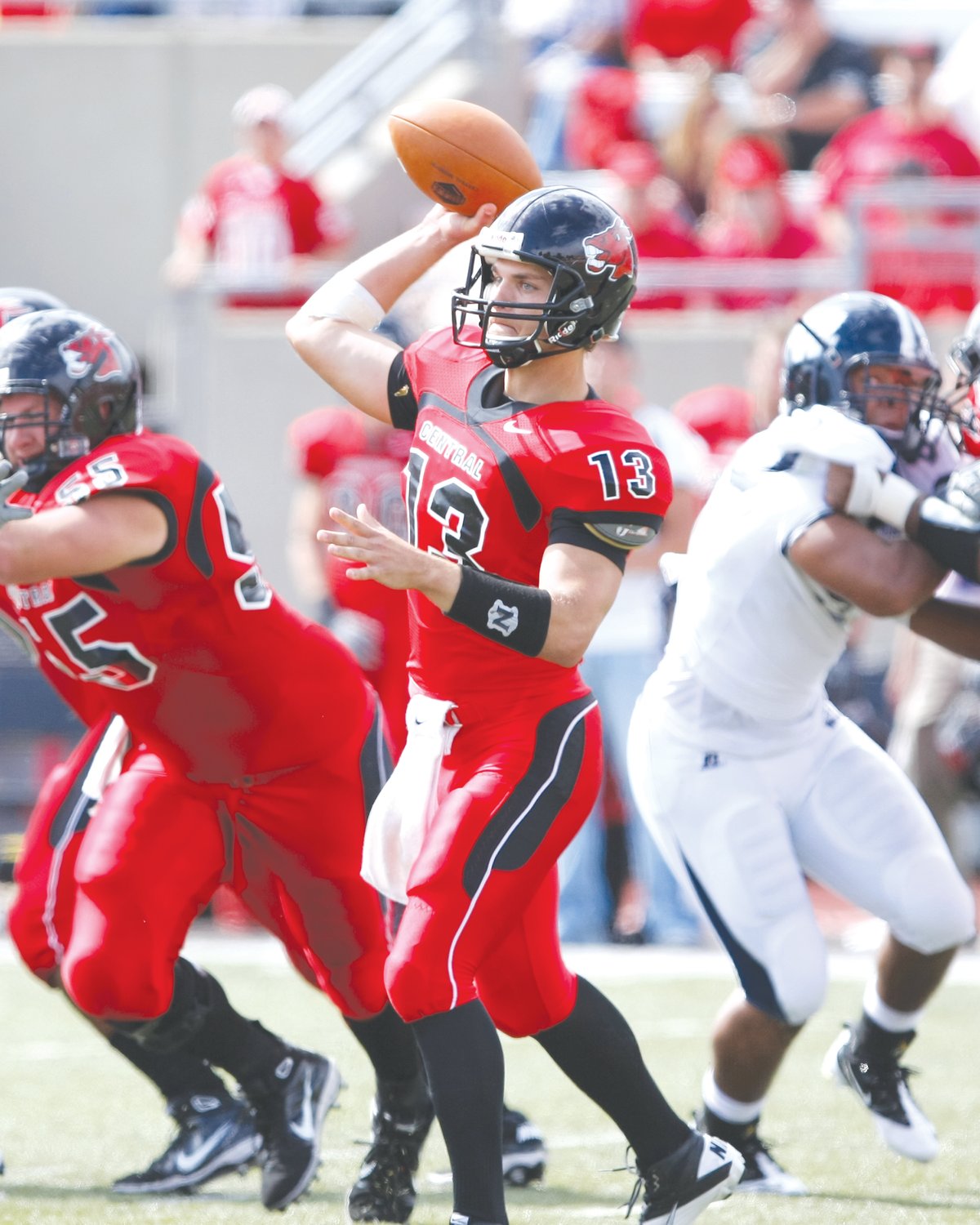 Eric Czerniewski was at work on Sept. 22 when he received a memorable phone call from Jerald Andrews, president and executive director of the Missouri Sports Hall of Fame.

The Montgomery City native found out he was selected as a hall of fame inductee.

“I fell off of my feet when he told me the news,” Czerniewski said.

“It’s quite the group and it’s quite the honor,” Czerniewski said. “I never thought I would get the phone call. I would have never expected anything like this to be among the guys with NFL greats and other greats around the state. I’m ecstatic over the nomination and the award. I can’t say enough about the group and the Missouri Sports Hall of Fame itself for getting me into this position for a nomination.”

Czerniewski earned his hall of fame honor after having a successful football career in the high school and college levels.

While playing at Montgomery County High School, Czerniewski finished with 1,236 pass attempts, 775 completions, 11,557 yards and 140 touchdowns. He also helped the Wildcats finish runner-up in Class 2 state in his senior year.

Czerniewski played four years at the University of Central Missouri in Warrensburg. When he was a senior, he won the Harlon Hill Trophy as the top player in NCAA Division II after leading the nation in passing yards (5,207), touchdown passes (46) and total offense (5,203). He also was named to the all-Mid-America Intercollegiate Athletic Association team three times. Czerniewski graduated from UCM in 2010.

“The one individual who has been besides me for pretty much all of my playing days is my wife (Danielle),” Czerniewski said. “We were high school sweethearts growing up in Montgomery City together. She’s been along for the ride and she’s been my rock the whole time. I have to give a lot of the credit to her.”

Besides football, Czerniewski was also an all-conference selection in basketball and baseball at MCHS. He graduated from the school in 2006.

“Those definitely were some fun days playing at Montgomery County,” Czerniewski said. “I had great coaching at high school there as well. I had great friends and great guys I grew up with. I try to continue to stay in touch with them after my playing days at Montgomery County were done. They definitely set the groundwork for me to become a great player and that type of thing in high school and be able to continue that onto my college playing days as well.”

Czerniewski hasn’t played any football since he graduated from UCM. He now works as a district sales manager for Sherwin Williams in Springfield.

“While I was playing at Central, I did an internship with Sherwin Williams,” Czerniewski said. “After I’ve got done playing in the Division II all-star game down in Texas, I kind of decided at that point of time that my football playing days were done. I continued on with my career and job at Sherwin Williams.”

Czerniewski has been living in Springfield since 2018. He said he’s thrilled that he’ll be making the short trip to the hall of fame ceremony.

“It’s not much travel for myself at all, so it’s not too bad,” Czerniewski said.