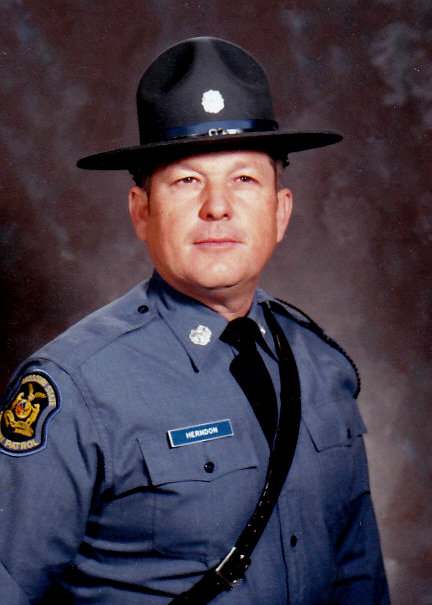 Private services will be held for the family. Burial will be in East Lawn Memorial Park in Mexico. Pickering Funeral Home is handling the arrangements.

Dennis was born in Cole County, Missouri, on August 17, 1943, the son of Arvel and Della (Branson) Herndon. On June 15, 1963, in Osage County, he married Marilyn Miller. Marilyn survives at the home.

Dennis served the public as a Missouri State Highway Patrol Trooper. He was first stationed in Troop I and later Troop F. He retired as a Corporal after 27 years of service.

In addition to his wife Marilyn, survivors include one granddaughter, Polly Herndon-Houston and her husband Christian Houston, of Kingdom City; and one sister Mary Fay Keeran and husband Raymond, of Jamestown, Missouri.

He was preceded in death by his parents, and one son Patrick R. Herndon.

Memorials may be given to the American Heart Association, American Diabetes Association, or the Shriners Hospital for Crippled Children.