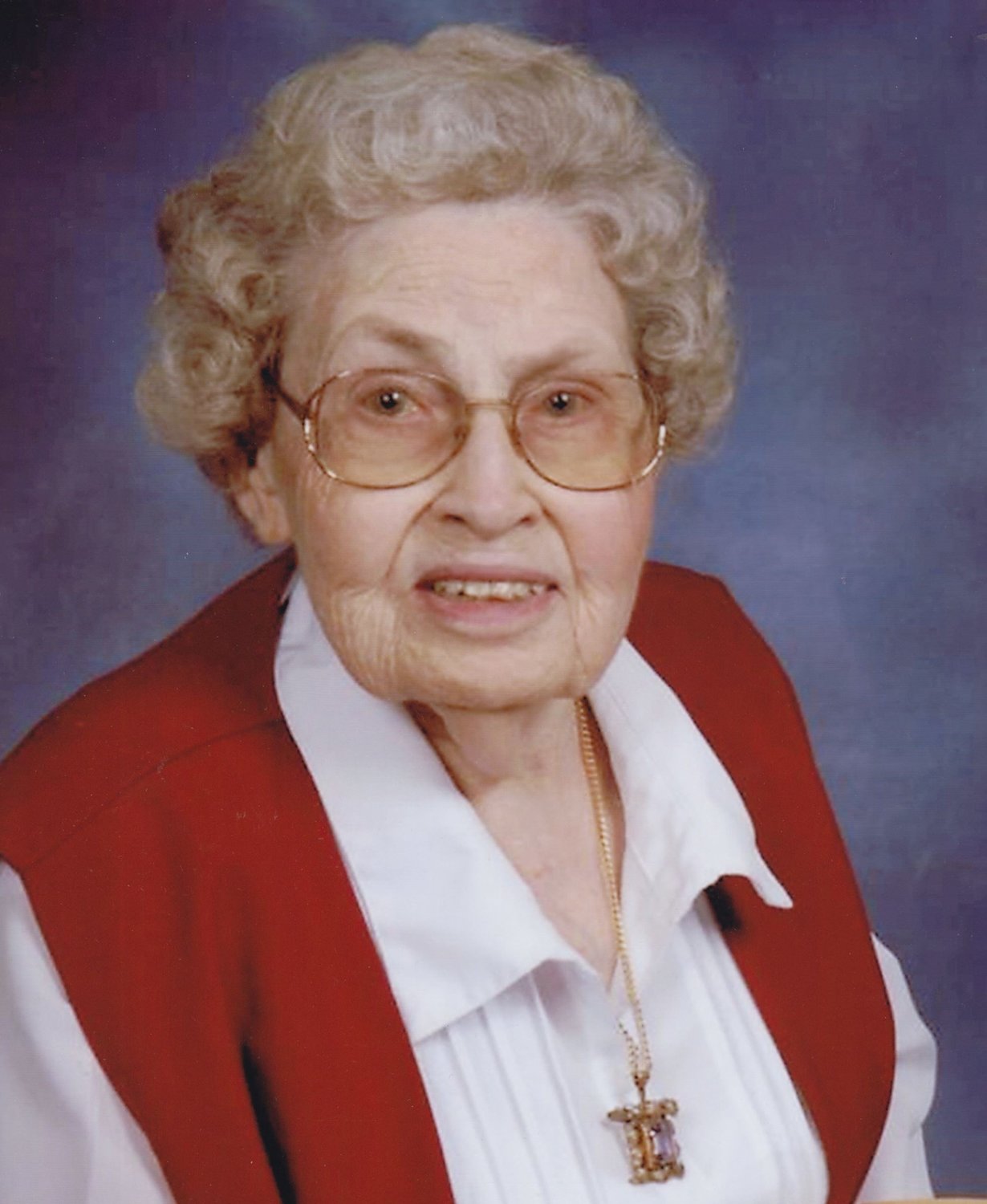 Dorothy Guerrant  passed away peacefully to be with her Lord on Jan. 6, 2022.

She was a very patient and faithful woman. She loved to visit with people whether they had problems or joys. She loved her Lord, her family, and her home.

Dorothy served in several church homes, the most recent being Southside Baptist Church, where she was a member for over 60 years. She and her husband, Mark, worked tirelessly in their church and community daily to serve the Lord in hopes that others might come to know Jesus. She also taught Sunday School for many years and volunteered for many other responsibilities at Southside Baptist Church. She was known by nearly everyone in the congregation and adored by all. She had a large community of friends and family in Fulton and Callaway County with whom she enjoyed spending time.

Dorothy had several jobs throughout her lifetime. In her younger years she worked in a beauty shop, and she also did proof reading for some time. Later, she worked in Fulton Public Schools Food Service at Bartley Elementary for 28 years and enjoyed seeing the teachers and children everyday.

During Dorothy’s 102 years, her faith in God never wavered when adversity came her way. She loved God and her life was a testament to Jesus. In her love she reached out to each family member and was concerned about their welfare. She faithfully prayed for her family members and supported each one with her caring concern. She was the prayer warrior for the whole family. She often quoted “I don’t know about tomorrow, but I know who holds my hand.” (Paraphrased from songwriters: Ira Stamphill, New Spring Publishing Inc.)

Her goal in life was to help others. In her love for Christ, she reached out to friends and acquaintances as well to offer her support and to pray for their needs. She was always there to provide a dish of food, a kind word, or card of encouragement and to take any other action to help when needed.

Dorothy was a great hostess and wonderful cook. She served family dinners at her house on nearly every major holiday. Her family looked forward to her delicious cooking which included a helping of love in every dish. She took dishes to church carry-in dinners and enjoyed serving people through her cooking talent. Dorothy and Mark had a huge garden at their home where

Mark raised vegetables and Dorothy grew flowers. She would go out to the garden on Saturdays and pick a bouquet to bring to the church altar for services on Sundays.

When the time came that God called her husband Mark, to His heavenly home, she took over the household and financial duties. She exhibited a remarkable example in caring for her own needs and an ingenuity of how to solve problems.

Dorothy had a gentle spirit, and she was patient. She believed in treating others with kindness. When she was sick, she was kind to her health care workers, never fussing about her pain.

Many workers spoke of her as “She’s so sweet. It’s a pleasure to take care of her.”

She was married on April 30, 1939 to Marquess O. Guerrant who preceded her in death. She was also preceded in death by her parents and four brothers, Hubert, who passed away at 17 months from malaria fever, Yates (Naomi) Backer, Harold (Wilma) Backer, and Elwood (Alice) Backer.

She is survived by her two children, Alma (J.R.) Houchins of Mexico, and Lorraine (Darrel) Lee of Fulton; four grandchildren, Sheila (Mark) Cave of Cherokee Village, Ark., Darla (Larry) Jordan of New Bloomfield, Christine (Tom) Spurling of Columbia, and Randy (Katherine) Houchins of St. Louis.. Dorothy also had nine great-grandchildren and nine great -great-grandchildren. She also had numerous nieces and nephews and great nieces and nephews who adored her and loved and supported her throughout her life.

Visitation for Dorothy will be held Thursday, Jan. 13, 2022 from 1-2 p.m. at Southside Baptist Church, Fulton. Funeral service will follow at 2 p.m. at the church with Rev. Guy Thomas and Pastor Bruce Williamson officiating. Burial will be in Callaway Memorial Gardens in Fulton.