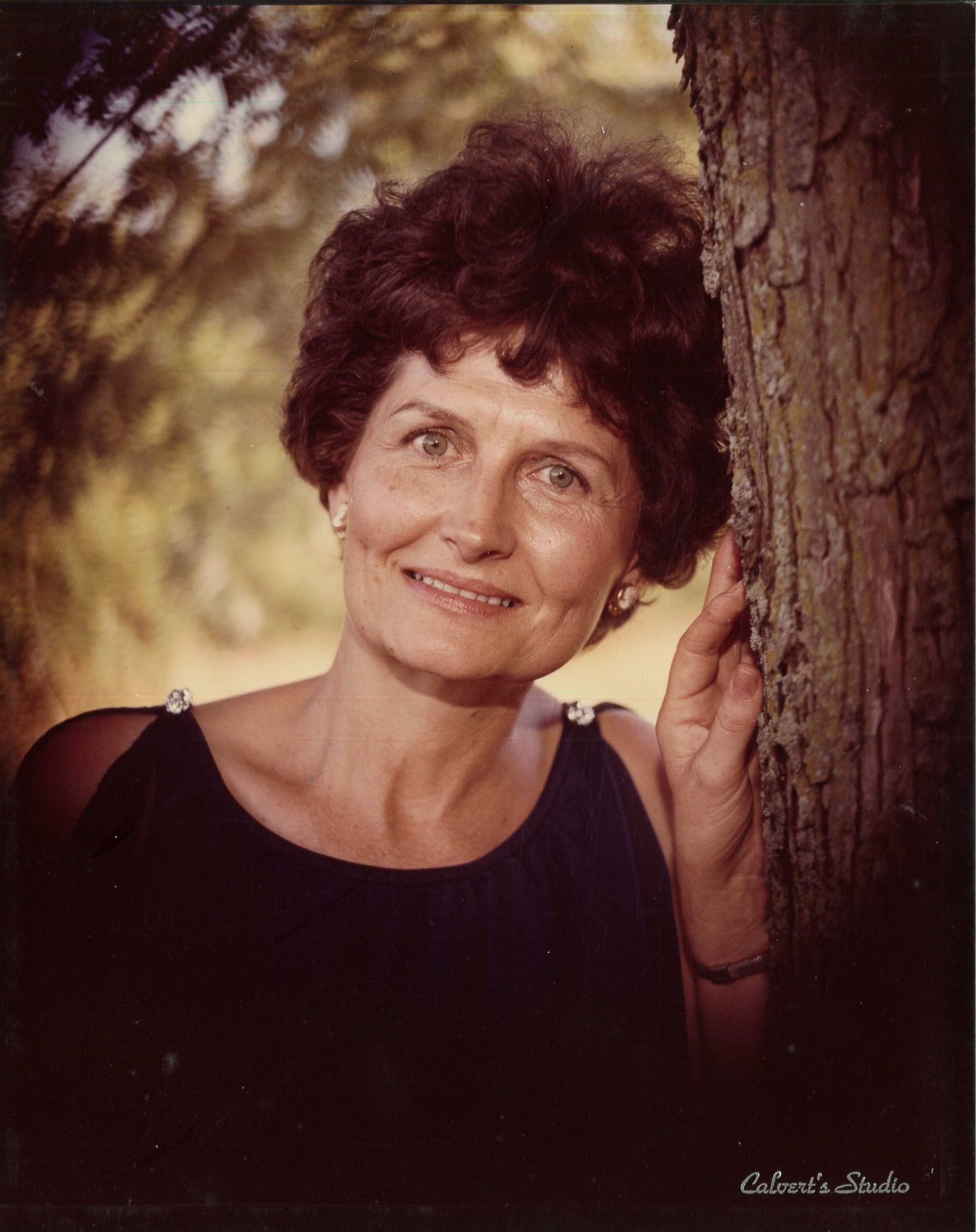 Marie was born on Dec. 26,1928 in Fulton, as the only daughter to Jewell Willard Russell and Gladys (Condray) Russell.  She graduated from Fulton High School in 1947 as co-valedictorian of her class. After graduation she attended William Woods College until she put her education on hold to concentrate on her family. Marie resumed her education at the University of Missouri where she graduated with honors, cum laude, and received a bachelor's degree in education in 1971. Marie was a lifelong advocate of education and thoroughly enjoyed helping her kids and grandkids with their school work as well as taking a college class herself.

No doubt Marie will arrive in heaven singing. The Russells were a musical family and music was a passion of Marie’s as well. She always had a song in her heart and sang or hummed throughout the day. Her children began their school day at the breakfast table listening to Marie singing along to the music on Ron and Betty Sue’s radio show. To their chagrin, many days they also caught themselves humming her songs throughout the day.

Marie’s marriage with the late Wilbur (Bo) Foster blessed her with what she called her greatest achievement, her five children. She lived her entire life in Missouri and resided in the Foster family home in Auxvasse for over 50 years. After raising her children, she started a new phase of life by building a career. She earned a real estate agents license and spent many years working with Miller Real Estate in Fulton. She also spent several years working as the administrative assistant for the Dean of Westminster College. Marie later worked for the Fulton Chamber of Commerce and Columbia Regional Hospital.

Marie dearly loved nature and the Missouri outdoors. She enjoyed many simple pleasures like her early evening walks where she took the time to visit with neighbors and family along her route. She also cherished mushroom hunting in the spring and walking in the first snowfall of the winter. She relished taking Missouri road trips, stopping at little shops and craft fairs, visiting the local cafe for a slice of pie and watching the fall colors appear.

Marie also loved spending the afternoon in her living room reading and watching the birds through her picture windows. Many days she used this time to rethink the placement of items in the room, jumping up to move something around several times only to ultimately move it back to its original location. Yes, Marie was known to be quite indecisive. A favorite story of her children and a few of her friends involved the kitchen curtains that Marie purchased from Walmart and then returned a few days later. She purchased and returned these same curtains three times over several weeks, before finally deciding they were perfect for her kitchen. Marie took pride in keeping a neat home and decorating it. She took the same pride in her appearance. “Come on Mom, let’s go” was a frequent phrase as she refreshed her lipstick again or had to brush her hair one more time before leaving the house.

Marie had numerous interests. She loved watching humorous tv shows (and the reruns), like Designing Women, M*A*S*H and the Andy Griffith show. She looked forward to Sunday evenings so she could watch the new episode of Downton Abbey. But her all-time favorite story was The Thorn Birds, which she read and reread and watched numerous times throughout the years.

Marie loved to travel whether it was to visit family, a day trip or travel to another country.

And she always said yes to going out to dance.

But Marie’s greatest pleasure had to be eating and recounting in detail many of the wonderful meals and dishes that she had overeaten - her words. Whether she ate at a restaurant, or at one of her daughters-in-laws’ tables, at a church potluck or ate her own fresh baked Little Dixie Ham and her much loved and always requested homemade noodles, she couldn’t wait to describe it and tell you how scrumptious the food was. Of course, to counteract that eating, she spent much of her time exercising, walking, and biking.

Marie will be reunited in heaven with her parents, Willard and Gladys Russell; her three brothers and sisters-in-laws, Marcell Russell, Joe Russell (Betty), Maurice Russell (June); and grandsons, Justin Foster and Hunter Foster.

A family memorial will be planned at a later date. For those who would like to say goodbye to Marie, she will be interred in the Foster family plot at the Auxvasse cemetery.

Memorial donations may be made to the Conservation Foundation of Missouri Charitable Trust, the Auxvasse Christian Church or the Auxvasse Cemetery Fund, c/o Maupin Funeral Home, 301 Douglas Boulevard, Fulton, MO, 65251.

Condolences may be left for the family at www.maupinfuneralhome.com.