Paige Meyer took second in the high jump and Dylan Hoyt finished third in the 1,600 meter run for Community R-6 at the Monroe City Invitational on Thursday.

Hoyt was just 15 seconds back when … 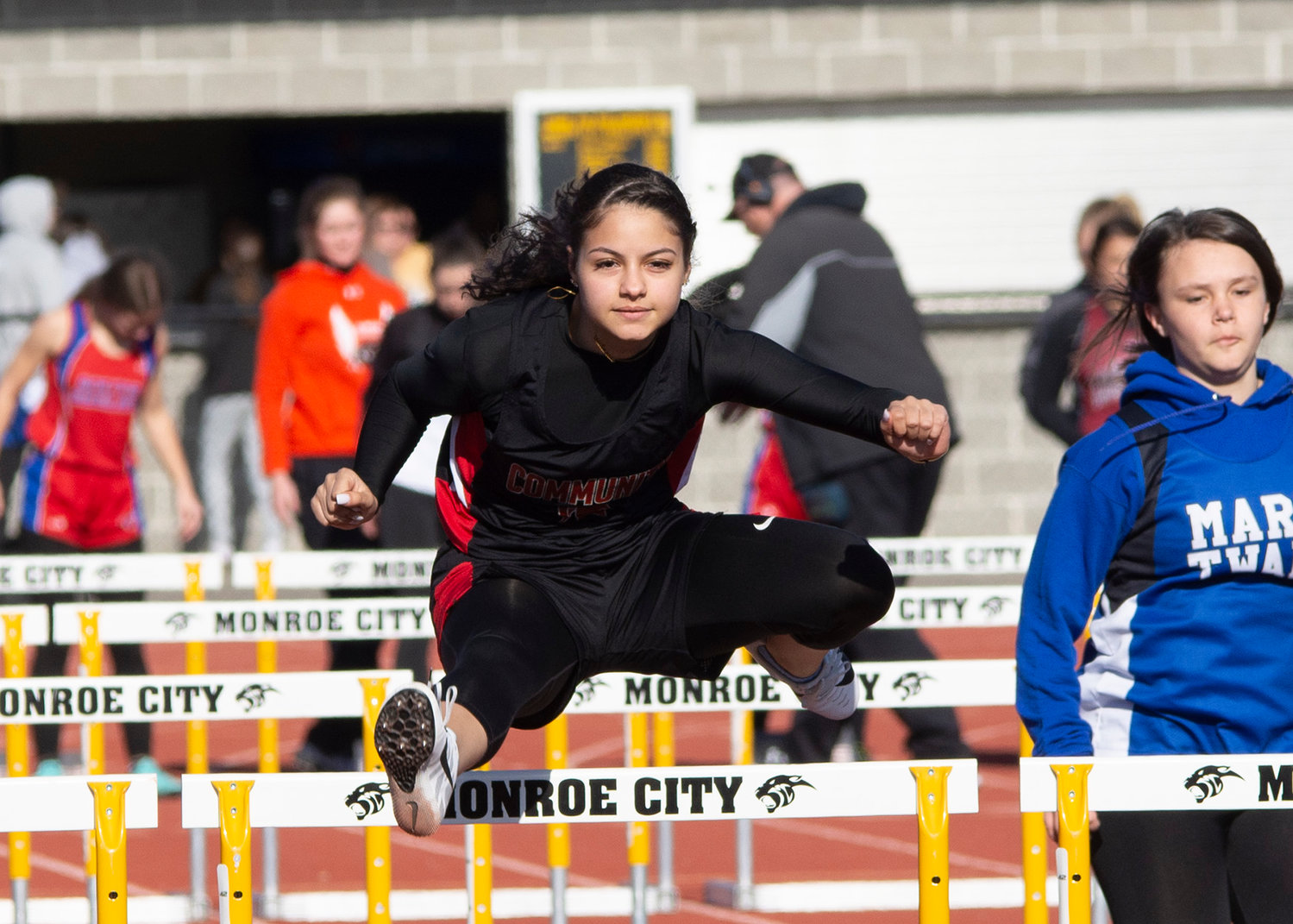 Trojans' Sophomore Victoria DiSalvo competes in the 100 meter hurdles on Thursday in the Monroe City Invitational. She finished in the points, crossing the line eighth. [Leslie A. Meyer Photography]
Posted Wednesday, April 7, 2021 10:47 am
By: Dave Faries, Editor

Paige Meyer took second in the high jump and Dylan Hoyt finished third in the 1,600 meter run for Community R-6 at the Monroe City Invitational on Thursday.

Hoyt was just 15 seconds back when Monroe City’s Kabott Harlan broke the string. And he was not far off the pace when Palmyra’s Abe Haerr won the 800 meters, crossing in fifth.

Brianna Beamer also finished fifth in the girls 800, completing the distance in just under two minutes and 45 seconds.

Of the three Trojans who earned top five positions at the meet, however, Meyer was the most dramatic.

After all jumps were completed, Meyer and Tristen Holt of Marion County were tied at the top. Both had cleared 1.42 meters.

So they went to track and field’s version of overtime – a jump off. Meyer fell just shy, picking up silver.

Meyer finished ninth in the triple jump, just a fraction out of a points paying position. But Emmi Johnson took sixth in javelin with a throw of 24.95 meters.

Olivia Kuda earned a team point by finishing eighth in discus. Victoria DiSalvo did the same, crossing eighth in the 100 meter hurdles.

On the boys side, Clayton Brandt just missed out on points in the javelin event. His 30.2 meter throw put him in ninth.