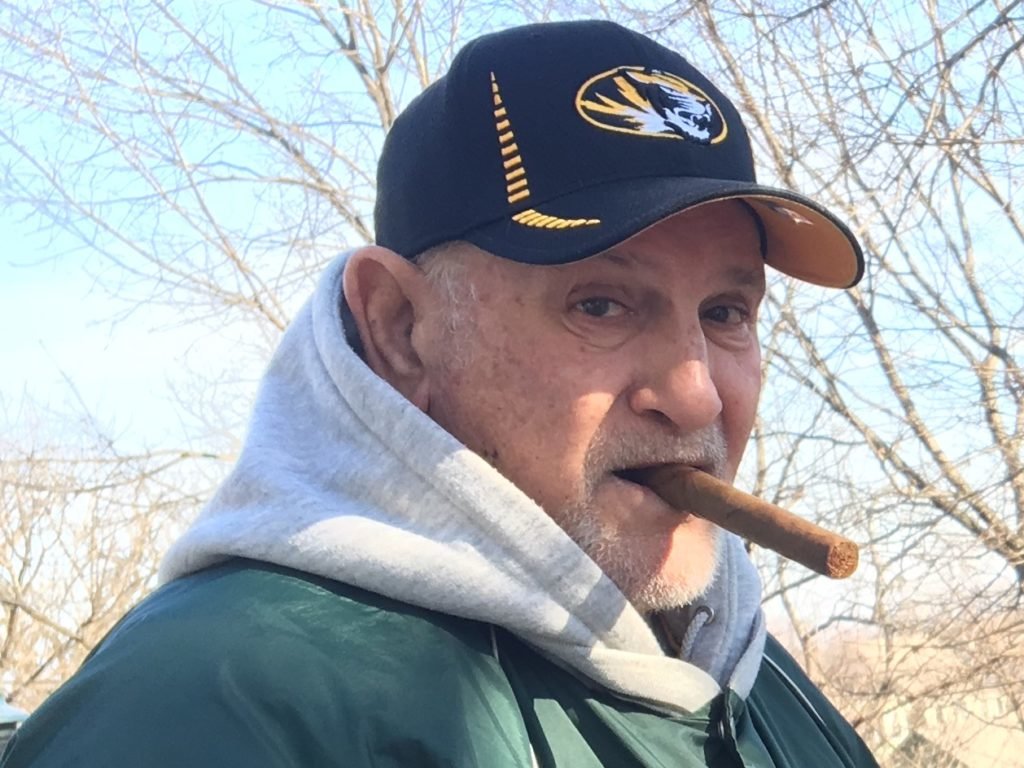 Jim was born in St. Louis to Steve G. Valentik and Ruth (Kendall) Valentik on July 1, 1943 one of four children. He grew up in Hannibal, graduating from Hannibal High School in 1962 where he excelled in football, basketball, and track. He attended the University of Missouri on a Division 1 athletic scholarship graduating in 1967 with a BSE. He received his master of education degree from Central Missouri State University in 1973. Jim served in the Army National Guard from 1969-1976.

He met his wife Kay at summer school at Central Missouri State University and they were married Sept. 21, 1968 in Warrensburg.

His career and love were teaching and coaching. He taught in Hannibal, Mexico Public Schools, and Community R-6 where he taught driver’s education, k-12 physical education, and middle school health. He coached football, boys’ and girls’ basketball, track, boys’ golf, and softball. He worked in the Parks and Recreation departments in Mexico and Grain Valley. After retiring from Mexico Public Schools in 2007, he and Kay moved to Grain Valley. He began substitute teaching in the Grain Valley School District in 2007 ending May, 2021.

He loved the outdoors, golf outings, fishing, hunting, and his annual winter float trips with Andy Baker, eating pizza at Merrill’s in Moberly, and G & D’s (Alex and Pano) in Columbia; traveling to Bevier to eat at the Pear Tree Restaurant. He loved feeding the birds and deer that come into our yard. He loved his cigar and chatting with neighbors who walked by. He was also a prankster.

He is preceded in death by his infant sister Carol Ann Valentik; parents, Steve and Ruth Valentik; his brother Steve P. Valentik; and his sister and brother-in-law Bette and Bill Griggs.

Visitation and the celebration of life service will be held June 4, at the First Presbyterian Church, 400 Lakeview Road, Mexico, MO 65265, beginning at 10 a.m. with service following at 11 a.m.

In lieu of flowers, donations may be made to Missouri Patriot Paws (mopatriotpaws.org), Good Sports.org, or donations can be made out to Kay Valentik, and they will be used for a non-profit we are establishing in Coach Val’s name to support local softball (Mexico and Community R-6) and Mexico high school football.