Kirksville too much for Bulldogs

The Kirksville softball team jumped ahead early with three runs in the first two innings and never looked back in a 13-1 rout of Mexico on Tuesday.

Coming off a superb performance at the War on …

Kirksville too much for Bulldogs 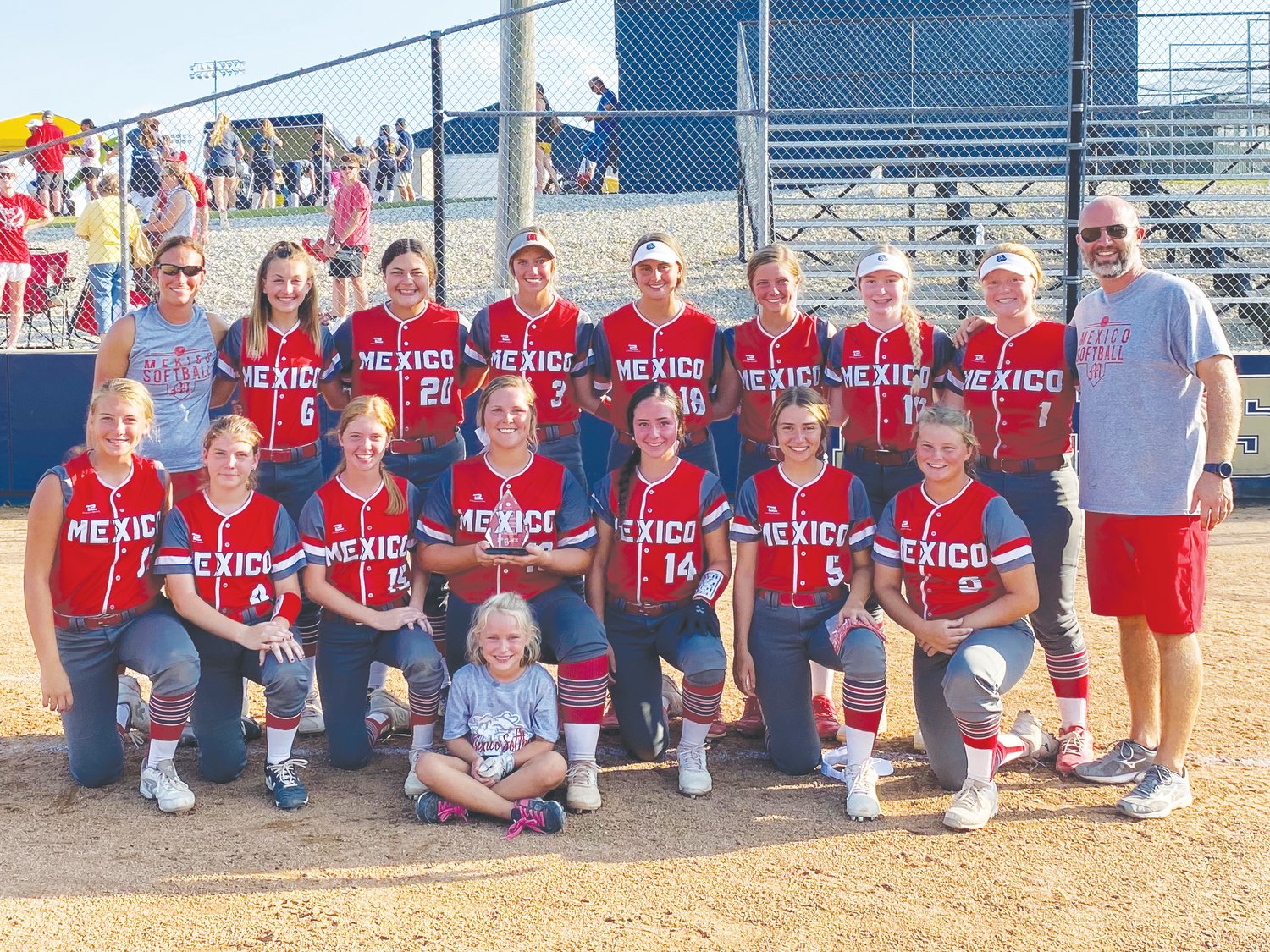 Members of the Mexico softball team posing with the second-place trophy from the War on the Battlefield Tournament held in Jefferson City last weekend. The Bulldogs went 4-1 in the tourney, losing 3-0 to Helias in the title game. They opened the tournament with victories over Helia (4-1), Logan-Rogersville (6-5), Fulton (7-6) and Truman (9-3). [Photo courtesy of Eric Bellamy]
Posted Friday, September 18, 2020 11:46 am

The Kirksville softball team jumped ahead early with three runs in the first two innings and never looked back in a 13-1 rout of Mexico on Tuesday.

Coming off a superb performance at the War on the Battlefield Tournament, the offense went silent for the Bulldogs. They managed only one hit and were hurt by nine errors in the loss.

Leading 3-0 after two innings, the Tigers scored three runs in the fourth and added seven in the sixth. They recorded 10 hits in the win.

Kierstan Epperson had the lone RBI for Mexico in the fourth inning to break the shutout. Eboni Mayfield suffered the loss on the mound. She stuck out four batters.

The Bulldogs (5-2) were scheduled to face Hannibal on Thursday. They travel to Centralia on Tuesday and host Boonville on Wednesday at 5 p.m.