The Mexico High girls golf team has looked strong early, having played two matches in the 2020 season so far.

In the Lady Bulldogs first match Sept. 1, they hosted Salisbury and New Bloomfield at … 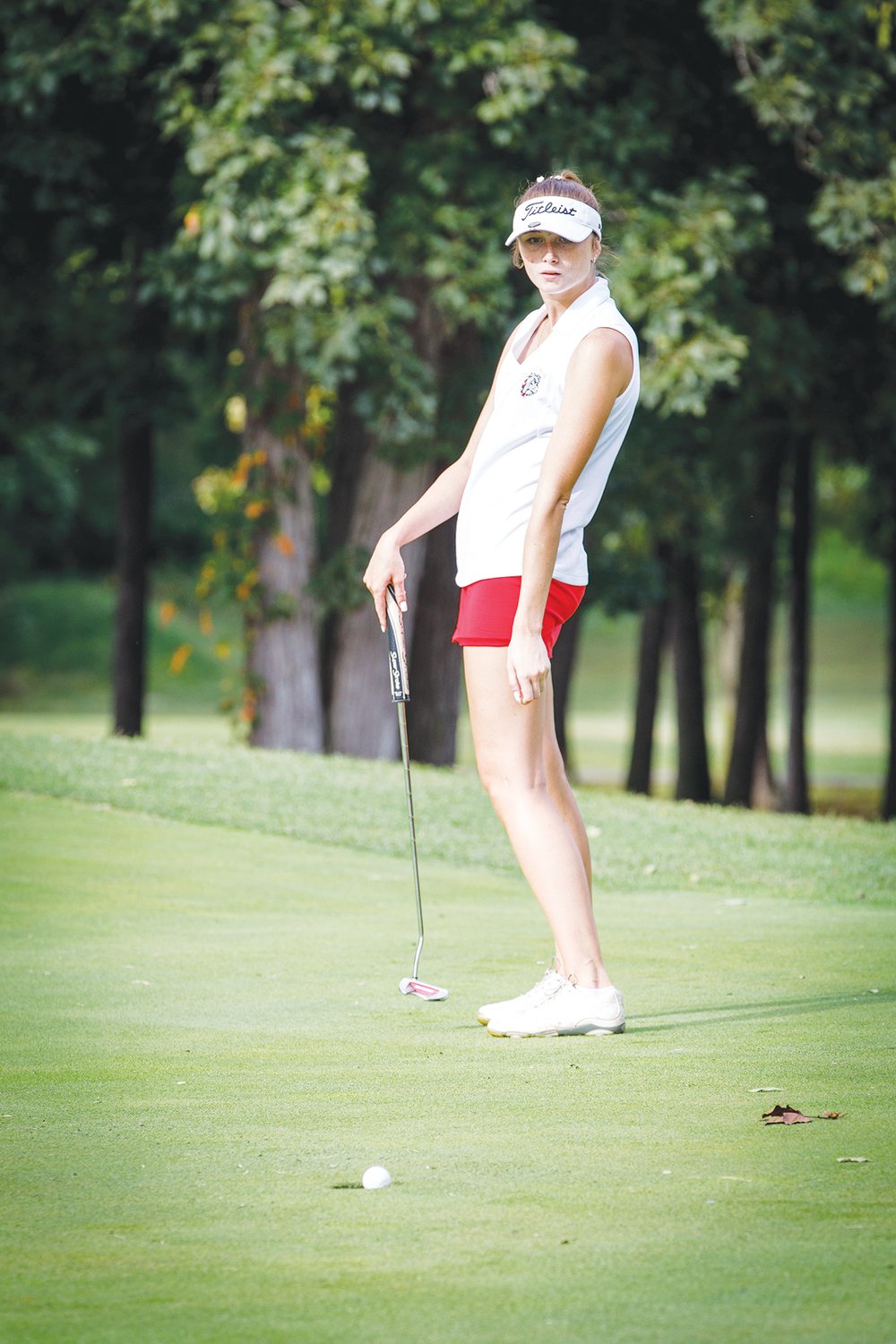 The Mexico High girls golf team has looked strong early, having played two matches in the 2020 season so far.

In the Lady Bulldogs first match Sept. 1, they hosted Salisbury and New Bloomfield at Arthur Hills in Mexico.

Mexico senior Lilly Knipfel was the medalist, shooting a 43. The runner-up medalist was Sylvia Moss (New Bloomfield) with a 49.

Other Mexico scores were Kennedi Rowe with a 59, Morgan Craig with a 67, and Shadora Foy with a 72.

“With this being our first competition of the year I am very happy with the effort made on Tuesday night,” said Coach Lindsey Yancey. “The first match is usually one of the hardest ones, as we get used to the pressure of competition”.

Knipfel is a return all-state golfer for the Lady Bulldogs.

“She has done such a good job of leading the team,” said Yancey, “not only as the leading scorer but also being supportive of her teammates and always putting in the hard work”.

Knipfel found herself in familiar territory, as she was the individual medalist, recording a 3-over par 39.

The runner-up medalist was Lila Frazier from Southern Boone, who shot a 41.

Other Mexico scores were Kennedi Rowe with a 53, Morgan Craig with a 60 and Shadora Foy with a 67.

“This second match was a good indication of the direction our team will be heading as we get to play more matches,” Yancey said, noting all four of players improved their scores drastically.

“We played tougher competition, so it was fun to get to compete and see how much improvement we could make. I look forward to our future matches and seeing what these girls will do. They are a pleasure to coach, they all have really great attitudes and have the desire to improve.”

Next up is the Boonville Tournament this Friday.