The Mexico High School girls golf team has been busy of late, including competing in the Boonville Tournament Sept. 11. 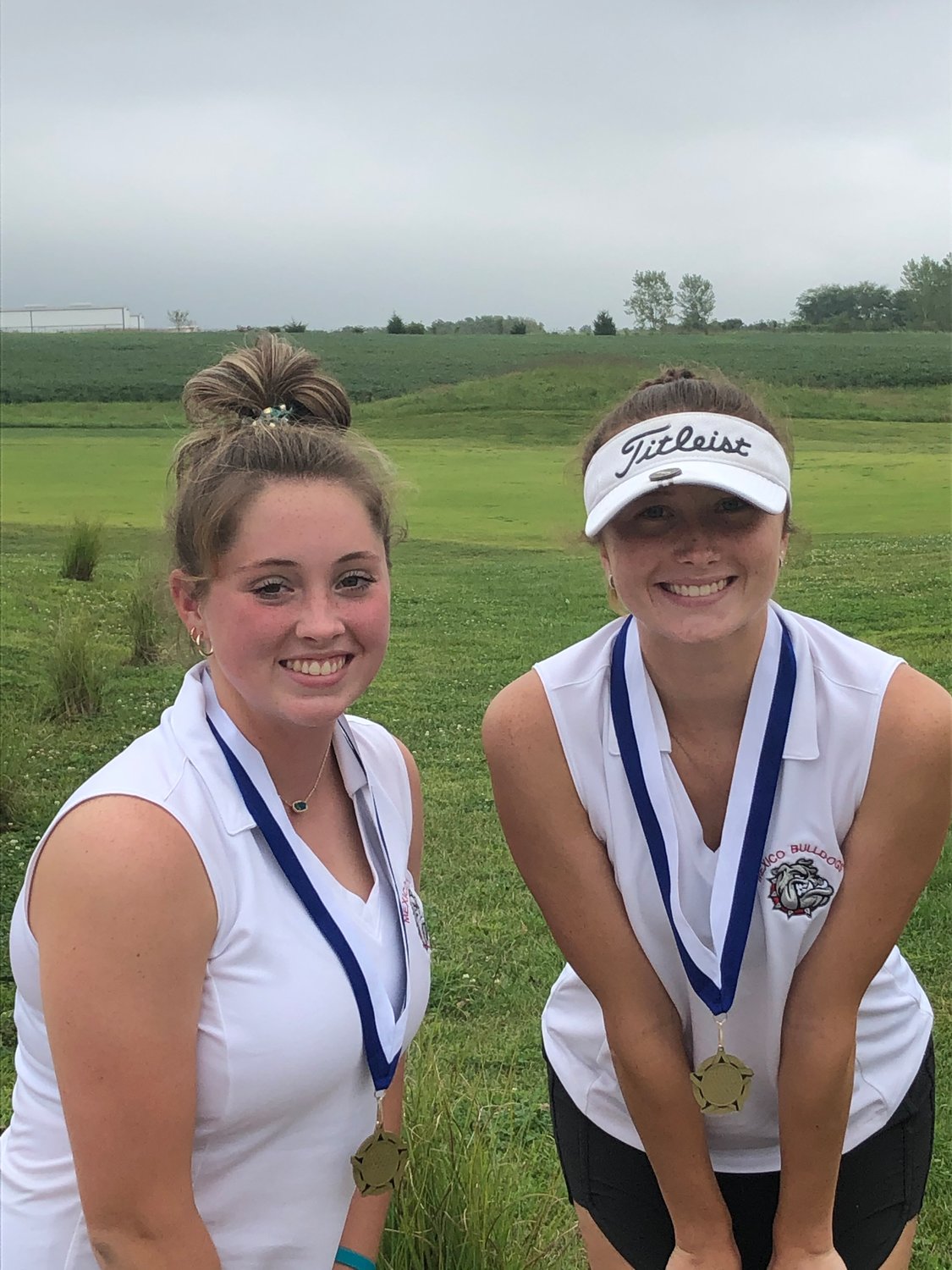 Kennedi Rowe, left, teamed up with Lilly Knipfel to place second at the Boonville Tournament Sept. 11.
Posted Wednesday, September 23, 2020 9:22 am

The Mexico High School girls golf team has been busy of late, including competing in the Boonville Tournament Sept. 11.

“The Boonville Tournament is one of our favorite events to participate in during golf season,” said coach Lindsey Yancey. “This is an event designed to be a partner golfing competition, the only ‘scramble’ type of fun tournament we do in a season."

“Not only is this a format of competition that is closer to what most adult golfers play,” said Yancey, “it is a great opportunity to spend the day with your own teammate and get to play off one another."

The pairings for Mexico were Lilly Knipfel and Kennedi Rowe shooting a 72 (one over par) and Morgan Craig and Shadora Foy shooting a 131. Knipfel and Rowe came in second place in the tournament out of 36 pairs.

“This was our first time hosting a match that was all NCMC (North Central Missouri Conference) schools competing, especially with the Fulton and Hannibal golf teams being so new,” said Yancey.

Knipfel led the team with an amazing round, shooting even par.

“From beginning to end she was really in a great rhythm and was able to put together an extremely solid round in a competitive setting,” said Yancey.

Rowe also had a stand-out night, shooting a 46 and setting a new personal record for herself.

“It was really fun to watch her really focus on the good things that were happening during her round and even with a few small mistakes come out with a great score,” Yancey said.

Knipfel was the medalist, Rowe was the runner-up medalist.

“Shadora Foy is our newest team member and has really fit right into our team dynamics,” Yancey added. “She has such a wonderful personality and is always ready to work hard, and as someone who is fairly new to the game of golf, is seeing improvements in ball striking and short game. I look forward to seeing her improvement this season.”

“It's always a good feeling to win first and second against conference rivals,” Yancey said.

The following day, the squad played in the Westran Tournament at Heritage Hills Golf Course in Moberly.

The team found another perfect day to play golf, with pleasant temperatures and very little wind.

“Heritage Hills is a nice course that, although short, can be a challenge at times,” said Yancey.

There are lots of hills and the greens tend to play faster than the team is used to, and there are several holes on the back nine that can really tend to cause problems for players unfamiliar with the course.

“Lilly played very well all day, coming in just four over par after 18 holes is a very tough thing to do and she made it look easy,” Yancey said. “I'm also especially proud of Kennedi, she started out the day doing well, hit a rough patch in the front nine holes and then made a really strong recovery on the back nine. This shows she has some mental toughness and can overcome some bad shots, which is a really important ability to have as we approach the postseason.”

The Lady Bulldogs take on Centralia and Russellville at 4 p.m. Monday. They head to the Kirksville Tournament Tuesday.