The Mexico girls’ basketball team picked up right where it left off.

Returning from holiday break, the Lady Bulldogs started 2022 on the right foot with back-to-back … 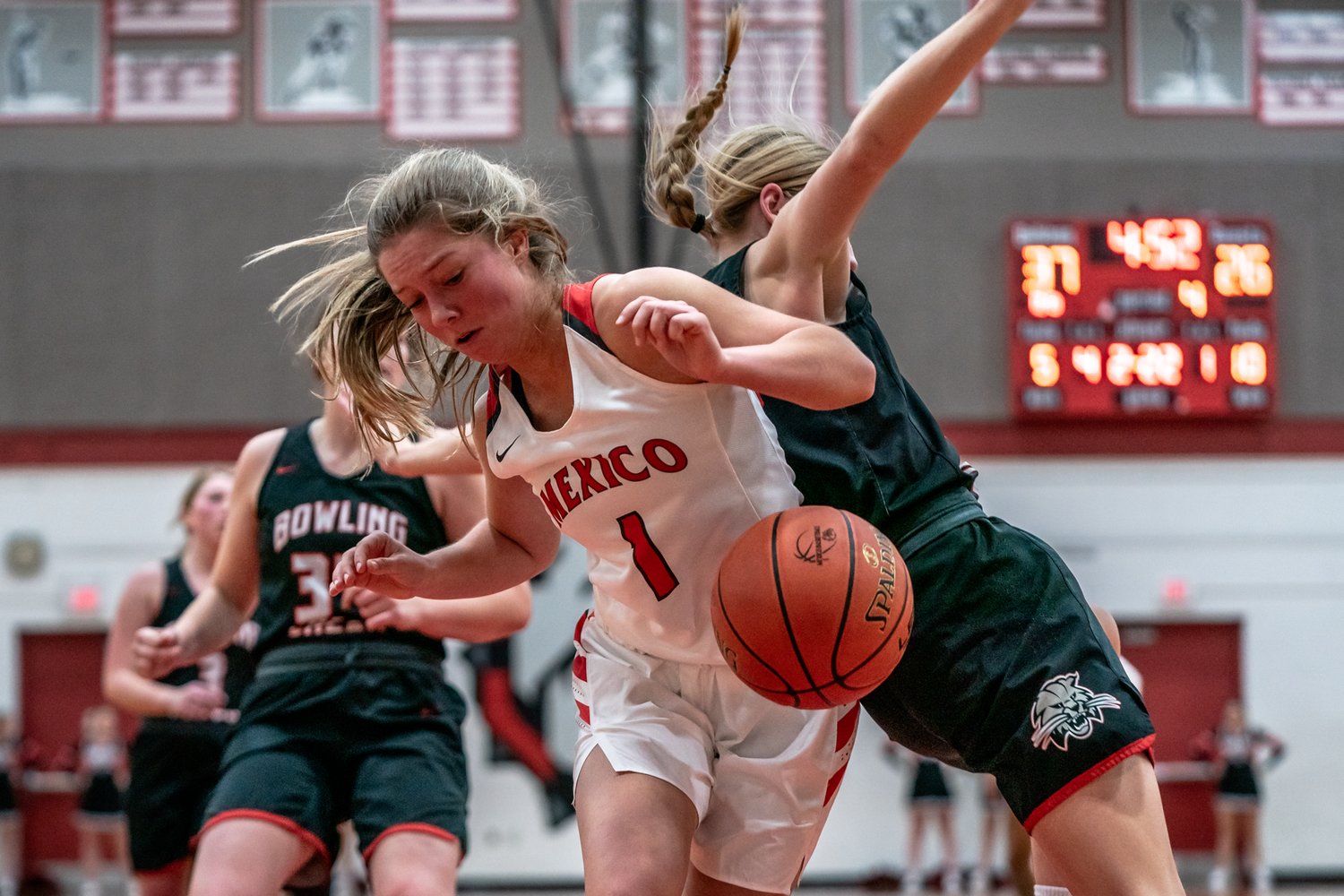 The Mexico girls’ basketball team picked up right where it left off.

Returning from holiday break, the Lady Bulldogs started 2022 on the right foot with back-to-back wins.

“It felt like the first game of the season again,” he explained. “People were just not sure, shaking off the rust and getting back into the flow of a contact game—and I thought it was like that on both sides.”

It didn’t take long, however, for the Lady Bulldogs to find their rhythm.

Specifically, senior Taylor DeMint, who knocked down three triples in the opening quarter to give Mexico a 16-4 advantage. DeMint connected on another 3-pointer in the second quarter as the Lady Bulldogs entered the half with a comfortable 34-7 lead.

“We really had a good flow offensively, just moving down the floor and really swinging the ball around early,” Costley explained. “A lot of the time the ball was touching the paint and she was getting early looks from three on the back side. I just thought the flow of the game led to her catching the ball in the right situations.”

The Lady Bulldogs continued their 3-point barrage in the third quarter, with DeMint cashing in two more and senior Ruby Haefling getting in on the action with a three of her own. Costley said that much of the team’s success came on kickouts from seniors Riley Thurman and Mya Miller.

“Mya and Riley really worked well on the inside together,” Costley said. “Their interior passing kind of got things going.”

“She just came in and kind of changed things for us defensively,” said Costley. “Some of those things you don’t see on the stat sheet, she just does. She just changes things with her aggression on the defensive end.”

Mexico got off to a slow start Thursday against Bowling Green, trailing 14-5 after one.

“A big part of it was Bowling Green did a good job defensively keying in on Mya and Riley,” Costley described. “They went to a triangle and two against those two and we seemed just a little off balanced.”

Defensively, Costley said his team was getting in passing lanes and getting deflections early, but that it was unable to secure turnovers and turn them into transition points on the other end.

“There were a lot of dead-ball turnovers and that was really one of the key things,” he explained. “We forced them into turnovers, but they were dead ball turnovers.”

Mexico also struggled to get into a rhythm in the early going with whistles interrupting the flow of play.

However, the Lady Bulldogs put together a run to enter the break trailing by just two (20-18), then outscored the visiting Lady Bobcats 25-12 in the second half to pull away for a 43-32 win.

Hudson hit a big 3-pointer and Alexis Willer chipped in two buckets in the third quarter to help fuel the Lady Bulldogs’ run, and Miller scored six in the final frame to close things out.

The Lady Bulldogs are back in action Thursday at Hallsville, with Costley saying his team is looking forward to a fast-paced contest.

“They’re a team that likes to get up and down and they like a high-scoring ball game,” he said. “And that’s something that just fits what we like to do. They’re not just going to sit in a half-court set, and we enjoy that and I think that plays into what we want.”