The Community R-VI Lady Trojans found themselves in familiar territory Friday night at the New Franklin Tournament: In the winner’s circle.

And they picked up the first-place hardware by … 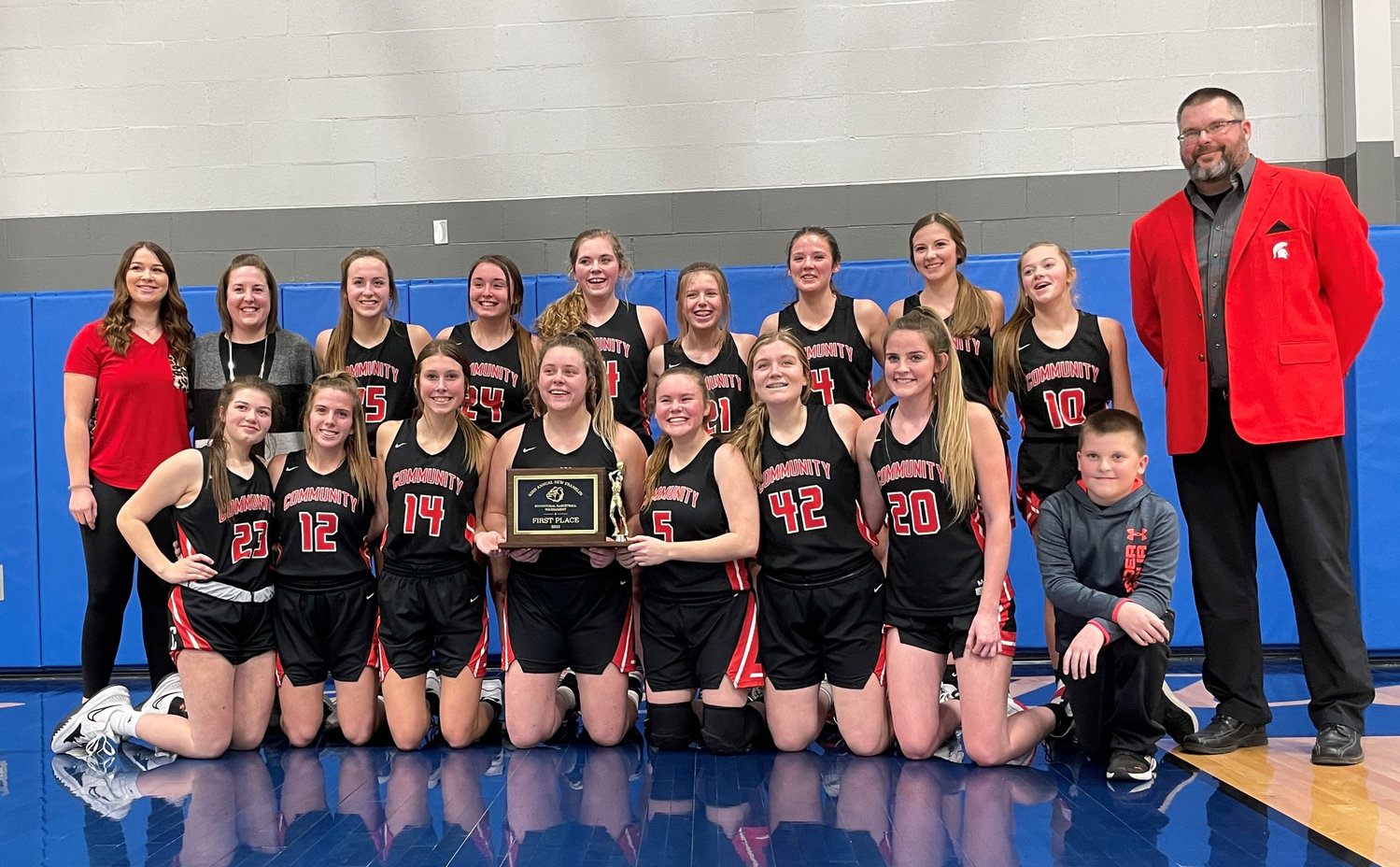 The Community R-VI Lady Trojans found themselves in familiar territory Friday night at the New Franklin Tournament: In the winner’s circle.

And they picked up the first-place hardware by defeating their tournament host, 51-33.  The Lady Trojans entered the tournament as the No. 1 seed and were true to their billing, rolling through the week. It started with a 60-26 lopsided win over Bunceton/Prairie Home Monday, as the ladies got 25 points from Sarah Angel. Alexis Welch added 10 points and 6 rebounds and Olivia Kuda, 7 points.

A big first quarter had the Lady Trojans up 23-5 early.

“Our press was good and created some easy buckets in transition,” said coach Bob Curtis. “Sarah filled up the stat sheet with 25 points, four assists and five steals.”

Nine different girls scored and 14 played in the contest.

“We have been working on our depth the first half of this season trying to find solid production out of our bench,” Curtis said. “This was a good game for that.”

With the title, the Lady Trojans stand at 12-1 overall.

In semi final play, the Lady Trojans held off a strong Pilot Grove team that led 9-7 after one quarter and 20-14 at the half. But the ladies would answer in the second half, outscoring Pilot Grove 13-9, 18-11 in the final two quarters for the 45-40 win.

“With two key players really unavailable, one out with illness and another starter playing limited minutes with an injury she suffered Monday night, we needed someone to step up Wednesday night,” said Curtis.

That came in the form of Brynna Beamer, who connected on four three-pointers, helping provide zone-busting shots the Lady Trojans needed.

“We knew that Pilot Grove was a very solid 2-3 zone team that would require some great outside shooting to insure a win,” Curtis said. “Before the game we went to Brynna and said ‘tonight is your night we need you to offensively help make up the giant hole in that is left from Alexis and Shelby being out’.”

Angel did a nice job breaking their full court pressure all night and hit some key free-throws late to secure the win. Olivia hit the glass against a post-heavy undefeated Lady Tigers. Paige Meyer was a factor with her inside intimidation, blocking a couple shots and altering a lot more.