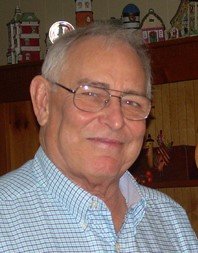 He was born on June 7, 1947 to the late Otto Phillip Higgins and the late Bertha Emma (Maier) Higgins.

Larry proudly served in the United States Army during the Vietnam War and was stationed in Germany. In 1997, he retired from Missouri Department of Transportation. After marriage, Larry and Wilma resided in Calwood and operated a cow calf operation. They later built, owned and operated KC Country in Kingdom City. He loved spending time with family and his grandchildren. Recently, Larry was active on the farm and involved in Bo’s business ventures.

In addition to his parents and wife, he was preceded in death by sisters, Betty Martin, Carol Baker and Rosalie Wills.

Visitation will be held from 5 until 7 p.m. on Thursday, Nov. 5 at Maupin Funeral Home in Fulton. Private family services will be held at a later date. Interment with Military Honors will be in Callaway Memorial Gardens.

Condolences may be left for the family at www.maupinfuneralhome@gmail.com.