But the winner of Tuesday’s Thunderbird Open at North Callaway was Centralia. The … 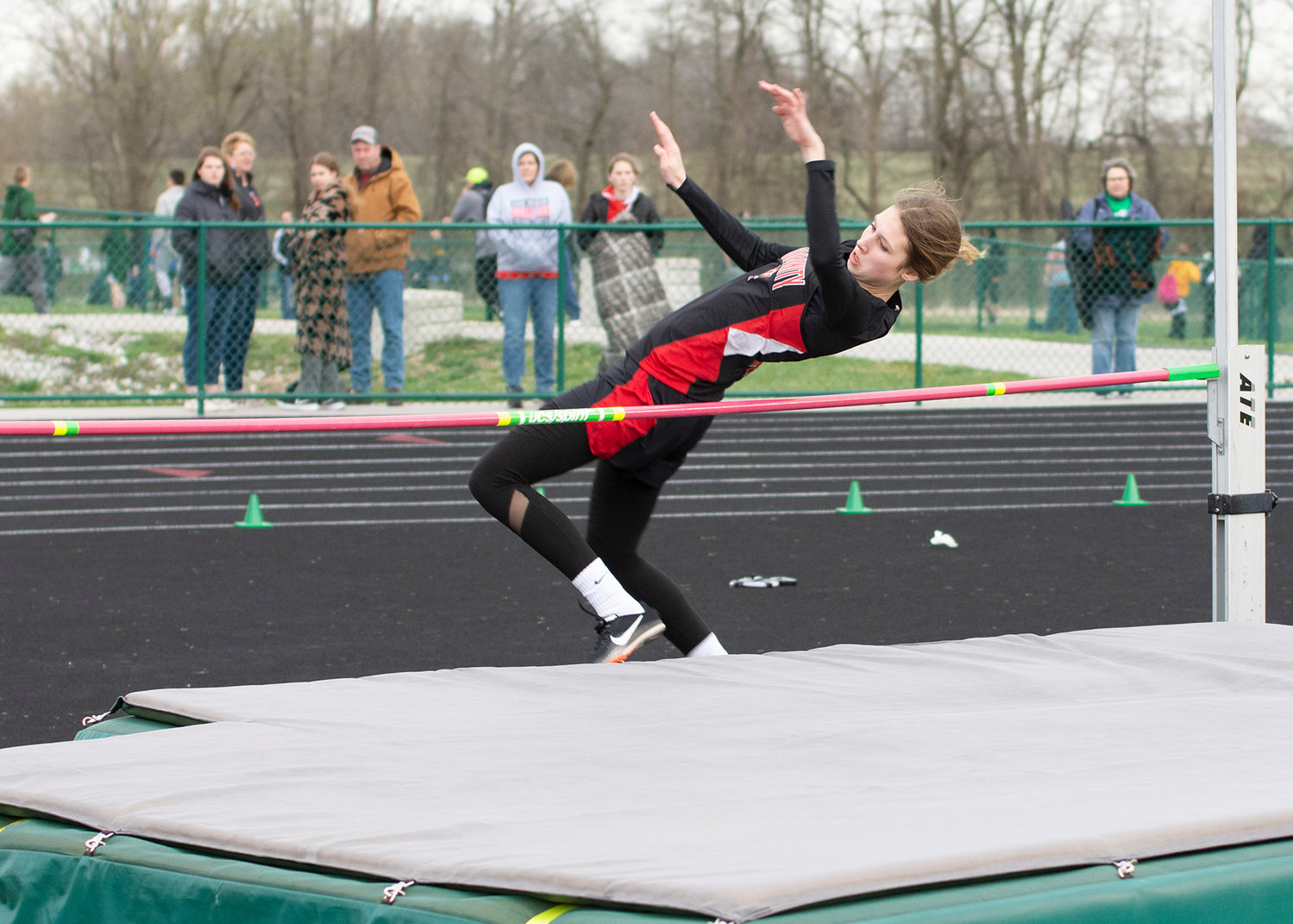 But the winner of Tuesday’s Thunderbird Open at North Callaway was Centralia. The Panthers came away with 21 event wins and team first place in both boys and girls competitions.

Victoria DiSalvo’s time of 17.25 in the girls 100 meter hurdles broke the previous Trojans mark and put her in sixth on the night, behind Centralia’s Jade Lawson (fifth place, 16.72) and Katie Carrico (third, 15.93).

Meyer finished behind Centralia’s Shelby Lewis, who cleared 4-11, and just ahead of Mexico’s Messiah Simpson and her 4-05 jump.

The event drew teams from Mexico, Community, Van-Far, Centralia and the hosts, along with nine other schools. On the girls side Centralia dominated with 246 points to North Callaway’s 94.

In the boys competition, Centralia racked up 183.5 points, again well ahead of second place – this time Versailles at 86. The Thunderbirds took third, just two points back. Mexico was fifth and Community 13.

Van-Far did not compete for team points.

The girls relays turned into a battle between Mexico and Centralia. After the 4x100, which North Callaway’s Mackenzie Eaker, Taylor Head, Jyanne Kellerman and Corynne Miller took second ahead of Centralia, the Bulldogs and Panthers traded at the top.

When it came to the 4x400, Centralia moved to the top thanks to Mara Davis, Morgan Ross, Shelby Lewis, Harper Sontheimer and their 4:34.49. The Bulldogs foursome of Thurman, Sidique, Smythe and Cora Ransom came in second, four seconds back.

The track events largely belonged to the Panthers. Carter Hawkins, Kaelyn Walters and Autumn Hawkins gave Centralia a one-two-three in the 100 meters. Shelby Lewis broke the 200 meters tape, with Hawkins in third.

Wright City runners outlasted the field in the 800 run. But in the 1600, Centralia’s Jozelynn Bostick won with a time of 5:42.97. Two North Callaway runners – Pressley Schmauch and Kaleigh Moore – trailed. Mexico’s Anna Fairchild came in fifth.

The 3200 belonged to the Thunderbirds’ Schmauch, who crossed almost a minute ahead of Centralia’s Kylee Walters.

In the jumps, it was Centralia’s Autumn Hawkins with a 16-00 long jump. Baylee Beard and Bannon Moran went one-two for the Panthers in shot put. But North Callaway’s Trinity Brush countered in discus, out throwing Beard by a foot for the title.

Community’s Olivia Kuda and Mexico’s Emma Nowlin were in the top five.

The javelin belonged to the Trojans – sort of. Maris Ollison of Versailles won the event with a convincing heave of 102-02. But Emmi Johnson (85-10) finished second. Kuda came in third, followed by Sarah Angel.

Beard had his turn in the 200, besting a field that included Cash, who finished third. In the 400, Van-Far’s John Kliewer came in ninth.

North Callaway’s Lane Kimbley was the only local threat in the distance events. He crossed fourth in the 1600 and third in the 3200.

Once again, the relays were largely a Mexico-Centralia battle. The Bulldogs’ side of Keeley Diblasi, Jordan Mitchell, Anthony Shivers and Dante Billups beat the Panthers by a full second in the 4x100. Centralia’s Nathan Greene, Maxwell Hunter, Mason Metcalf and Seth Beard took gold in the 4x200.

In the 4x400, Williams and Diblasi joined Morgan Grubb and Thomas Peuster for the win, four seconds over the California foursome. The 4x800 belonged to the Bulldogs, as well. Grubb, Peuster, Race Azdell and Tyler Quinlan edged Versailles in a thriller.