In a tough conference stocked with soccer talent, several Bulldogs stood out this season. The North Central Missouri Conference released its All-Conference teams this week, which included … 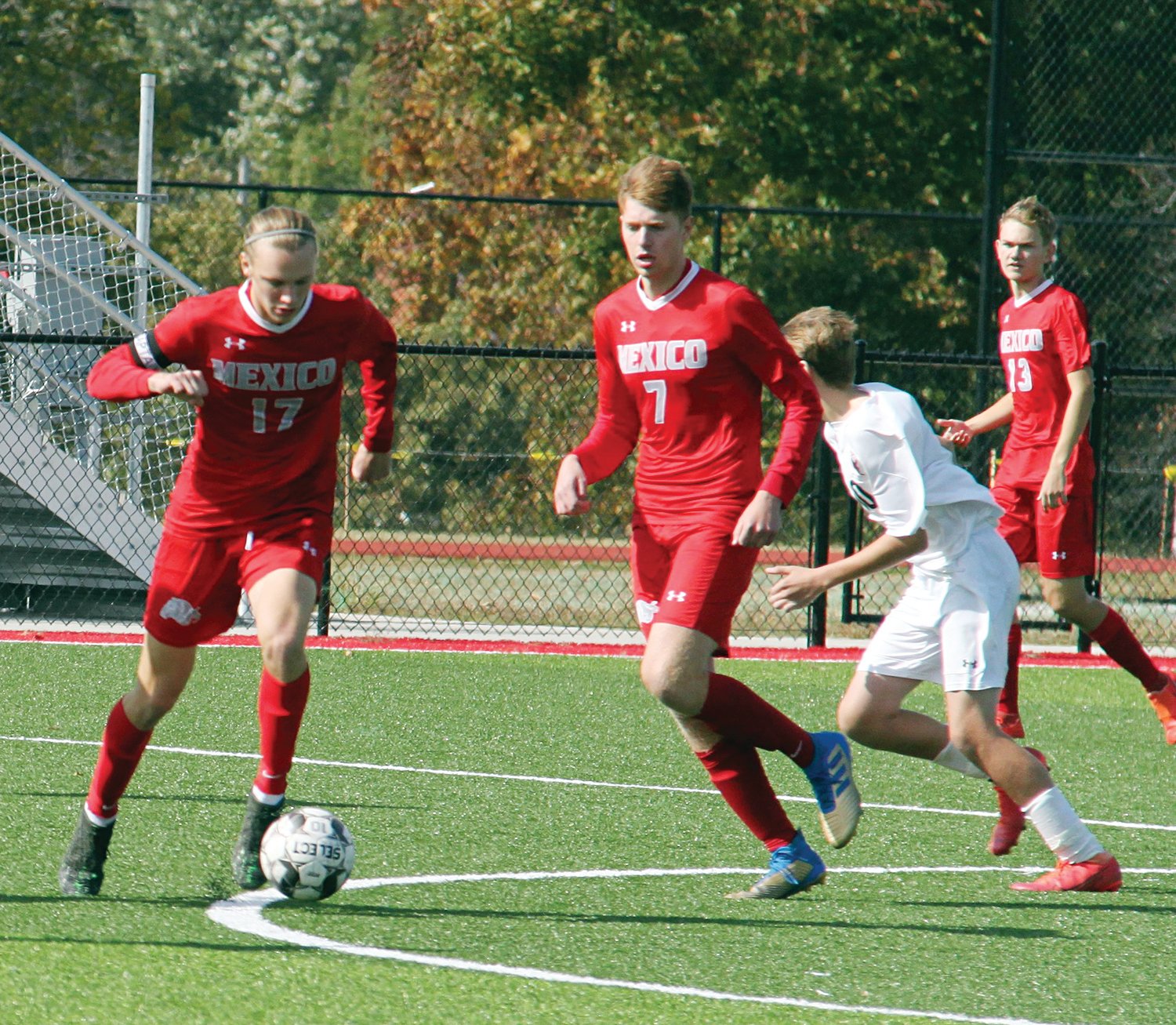 In a tough conference stocked with soccer talent, several Bulldogs stood out this season. The North Central Missouri Conference released its All-Conference teams this week, which included Mexico’s potent scoring tandem of Dominic McKeown and Haden Frazier on the first team. McKeown is an attack-minded midfielder who is also a corner specialist. Frazier can score with his legs, but also is solid in the air.

Daeye Miller and Randy Hernandez, midfielders adept at setting up the attack and stalling the opposition, picked up second team nods.