The Mexico Bulldogs played to their highest winning percentage in six seasons. 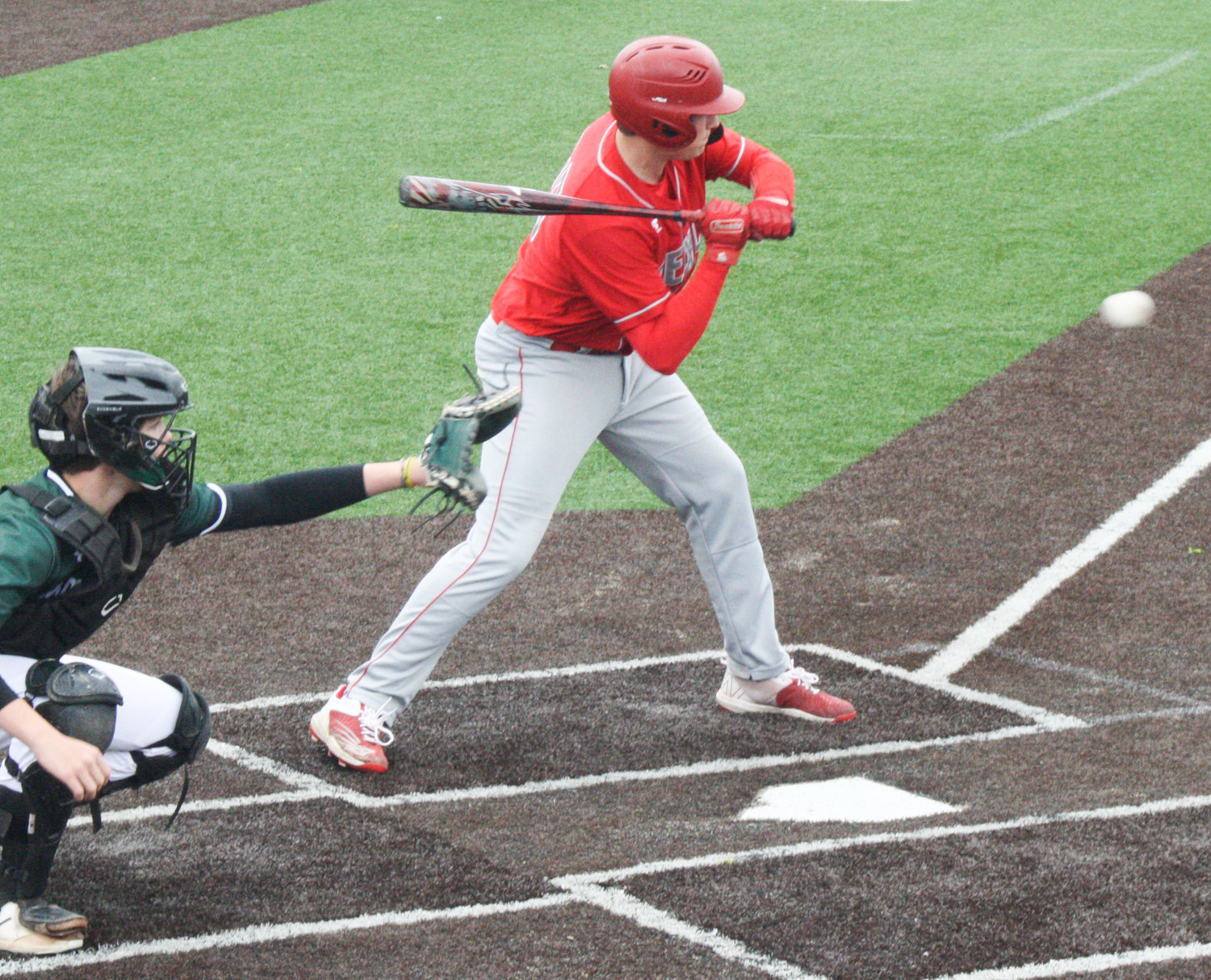 Mexico junior Tyler Thoenen sees a pitch coming on May 6 in Ashland against North Callaway. Thoenen was one of five Bulldogs that earned postseason honors this season as he was named all-district.
Jeremy Jacob Photo
Posted Wednesday, June 15, 2022 11:40 am
By Jeremy Jacob, Sports Editor

The Mexico Bulldogs played to their highest winning percentage in six seasons.

The baseball team finished with an overall record of 15-10 (North Central Missouri Conference record of 5-5) to own a 60 percent winning percentage for the program’s highest mark since the 73.1 percentage during the 19-7 season in 2015. Five Bulldogs were recognized for their roles in this feat including senior Daeye Miller, junior Jack Wilburn, junior Andrew Runge, junior Tyler Thoenen and senior Tristan Playter.

Mexico’s season ended in the first round of the Class 4 District 8 Tournament after a 6-5 loss to conference rival Fulton. Playter was 2-for-3 in his final high school game while Miller went 1-for-4 with a stolen base.