Mexico solid on both ends of the floor against Brookfield

The second half of Mexico’s lopsided win over Brookfield looked more like a slam dunk contest than a basketball game.

Daeye Miller made one in the first half. Raef Yager completed a questionable …

Mexico solid on both ends of the floor against Brookfield 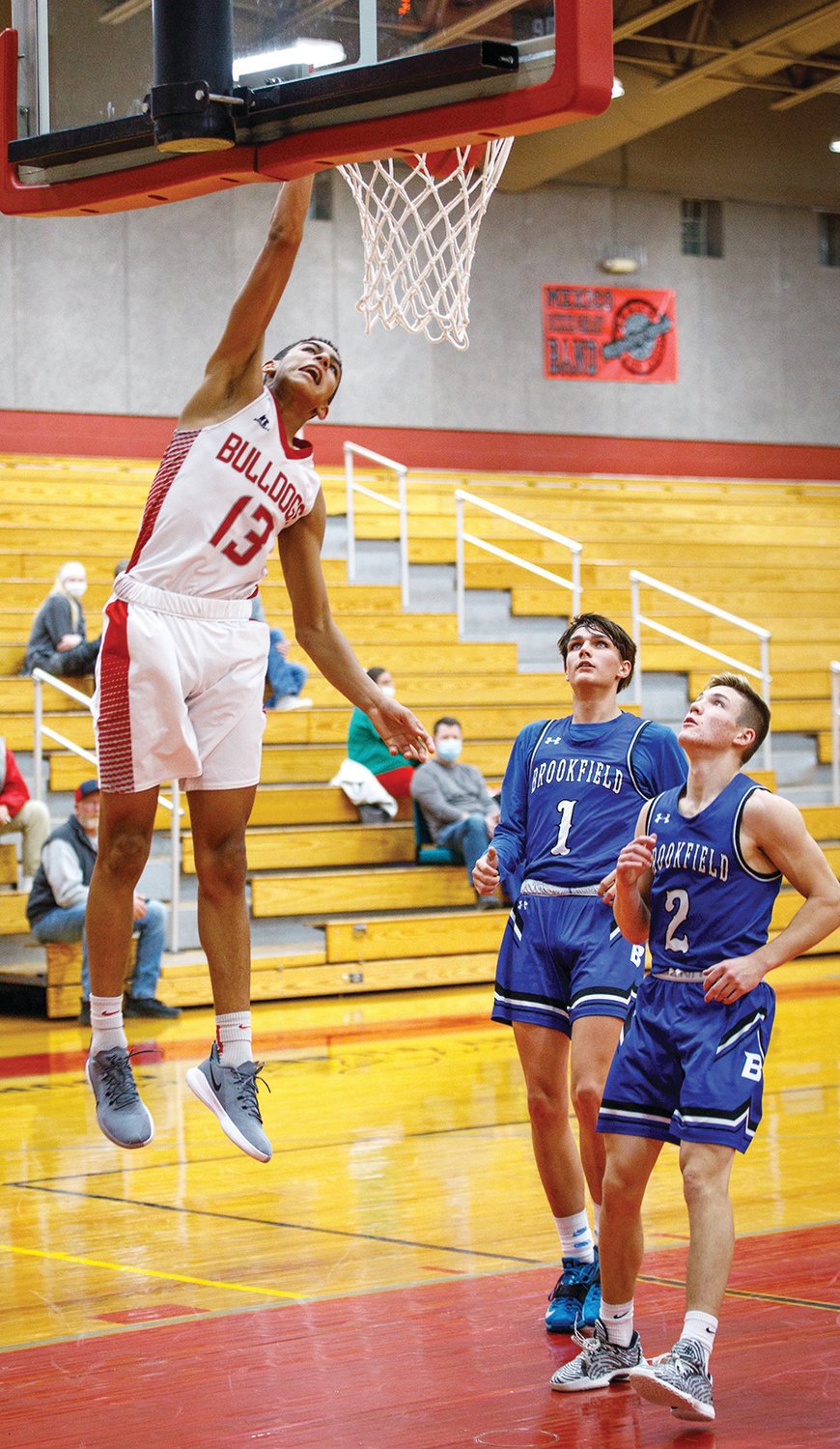 The second half of Mexico’s lopsided win over Brookfield looked more like a slam dunk contest than a basketball game.

Daeye Miller made one in the first half. Raef Yager completed a questionable dunk. And now Michael White flew into the paint time and time again with an arm outstretched. But each time the ball clanged against the rim.

“I could have made one,” he said with a laugh. “My legs were giving out from playing defense.”

Mexico slammed the door on Brookfield’s Bulldogs, allowing few opportunities inside on their way to a 73-22 blowout. But if the Mexico Bulldogs were workmanlike off the ball, they were both fluid and frantic when they took possession.

Eleven Bulldogs put points on the board, with Miller’s 17 leading the charge. As a team they lit things up for 20 or more points in each of the first three quarters.

“Our defense executed really well,” head coach Darren Pappas observed. “On offense we did a good job of moving the ball.”

The floodgates were opening almost immediately when Jordan Mitchell sank a three from the wing. Miller tipped in a couple from the paint and Isaiah Reams punished Brookfield when they let the ball slip away.

Two minutes in Mexico led 9-0. And when Miller stole the ball and dished it to Yager, the senior forward skied toward the rim.

It was two points, but was it a dunk?

“Mine was not a dunk,” Yager added, agreeing with the verdict.

It wasn’t all about showboating. Drew Blevins elbowed into the lane and spun around his defender for a put back. Dante Billups posted low and converted with an assist from Miller. Reams netted an open three.

Early in the second quarter, however, Miller saw an opportunity. Reams angled a pass into the key. Miller took it and drove to the glass.

Yes, admitted a laughing White, the arbiter of such things, “but it was weak.”

After an acrobatic lay in by Yager and two off the glass from Dominic McKeown, Miller was at it again. This time Reams floated an alley oop pass, but Miller couldn’t control the ball. He scrambled for the rebound, stepped back from the lane and hit a six-footer to atone.

Mexico’s Bulldogs were having fun.

“It reminds you of why you play the game,” Miller pointed out.

Joining Miller in double digits were Reams and Blevins with 11 and White with 10. Yager and McKeown added 6 each. Mitchell hit an early three and Brayden Dunn a late one. Billups, Dante’ Kelley and Peyton Willer popped in 2.