The Mexico Ledger has been an Audrain County fixture since 1856.One hundred years after its opening, it took up residence at one of the most distinguishable buildings in the state: 300 N. Washington … 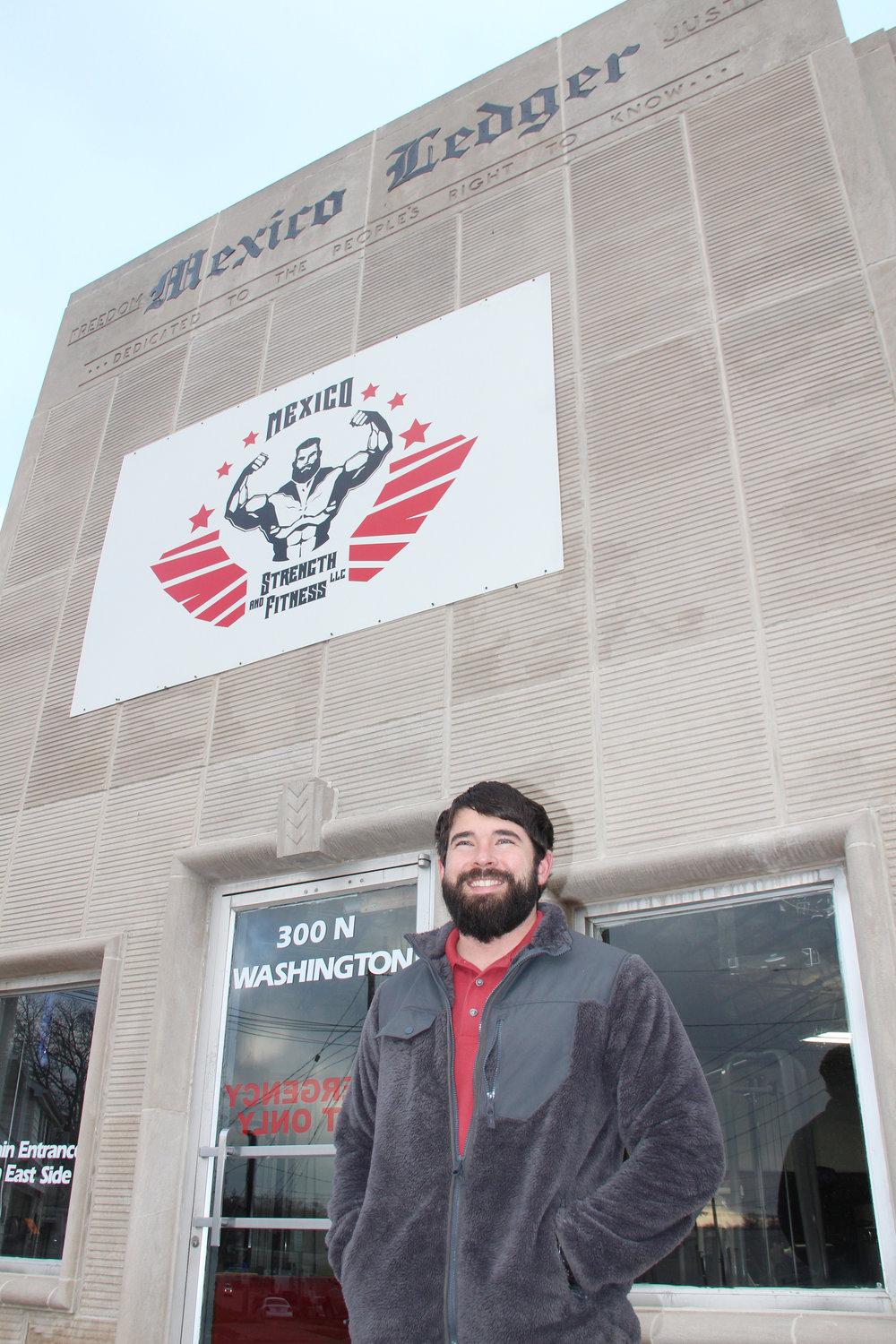 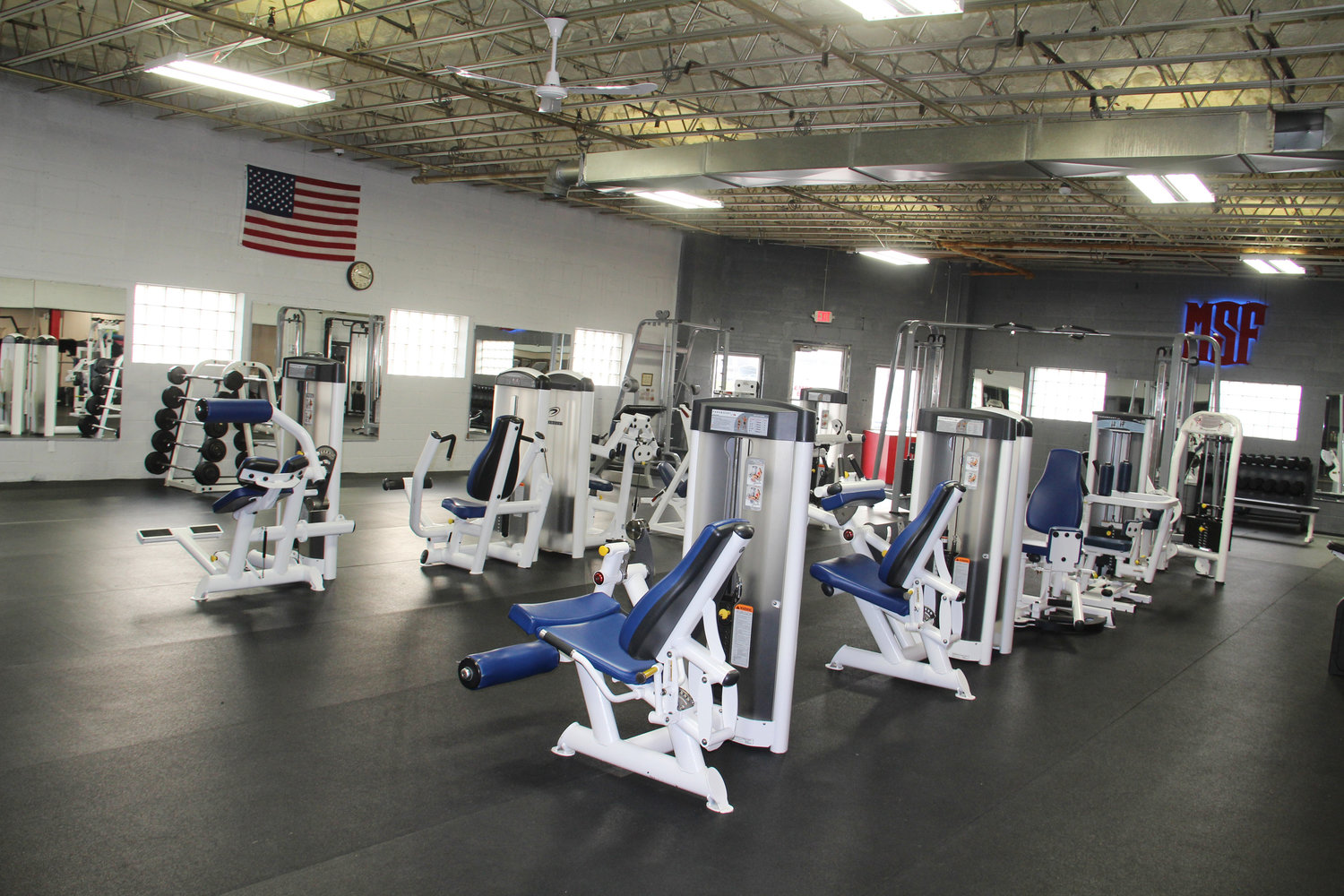 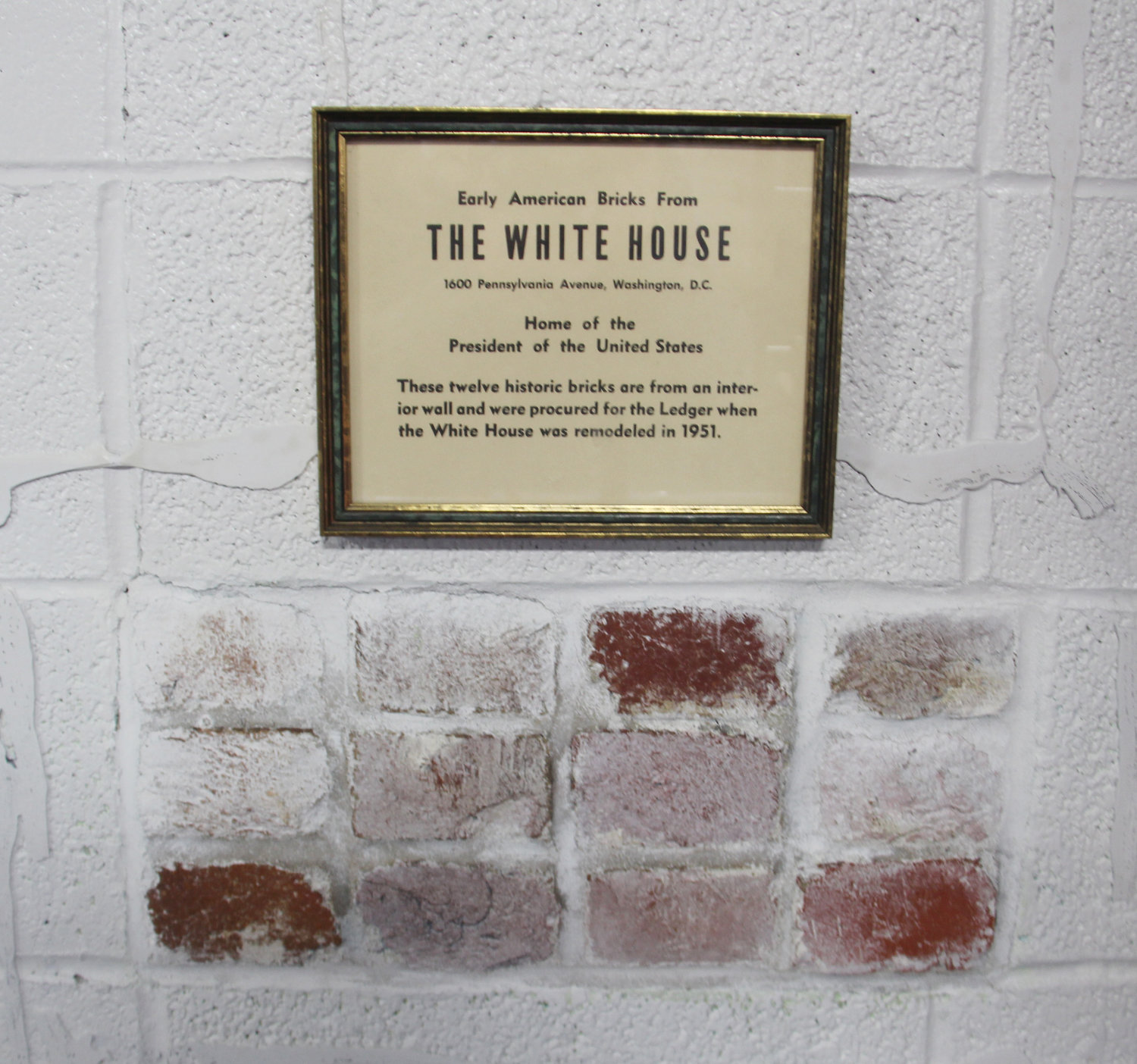 One of the most unique features of the building perseveres as a testament to the building’s rich history. Incorporated into its structure, these bricks were originally part of The White House - yes, THE White House - in Washington D.C. 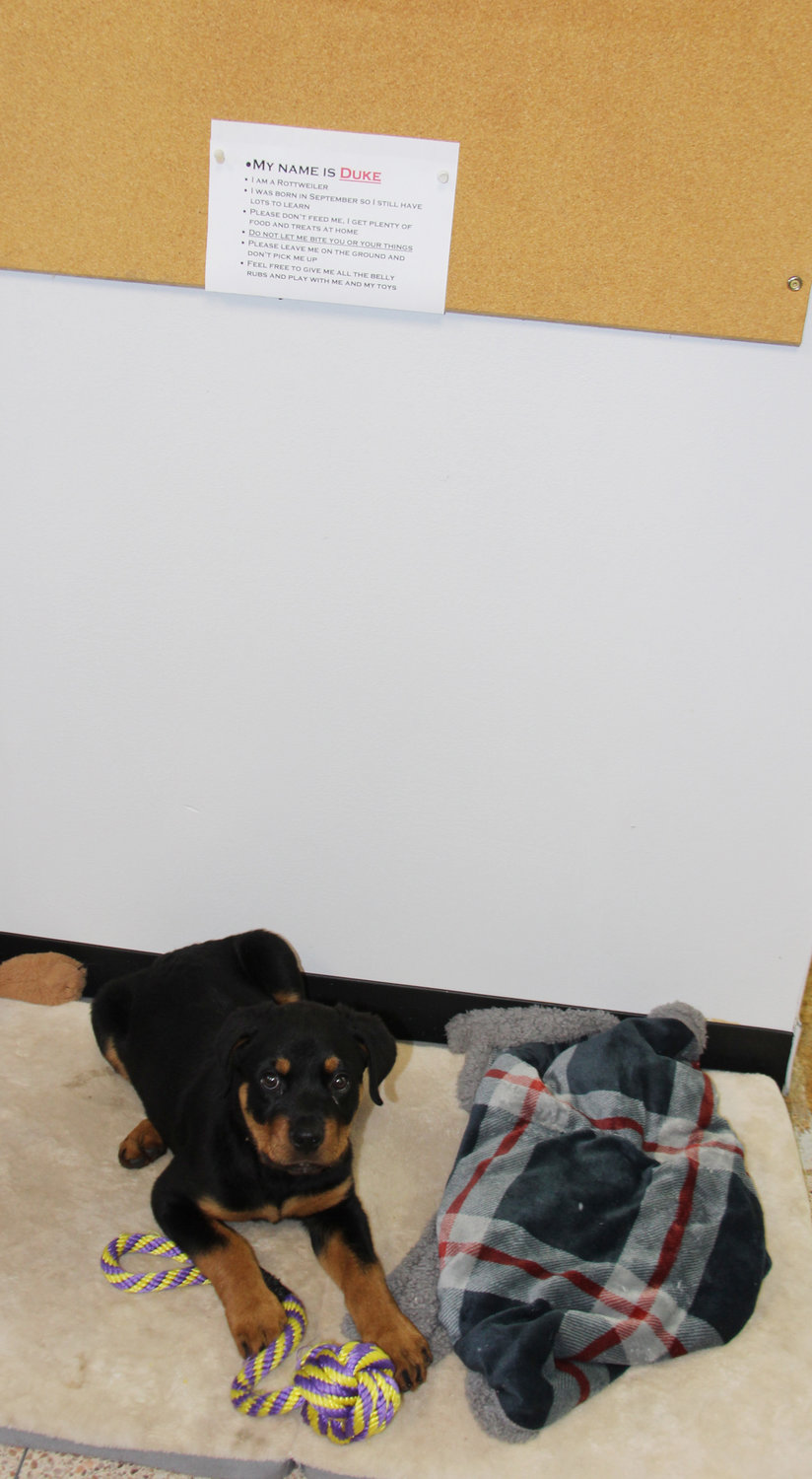 Welcoming guests is Duke, whose bed is located under biographical / instructional signage. “My name is Duke. I am a Rottweiler. I was born in September, so I still have lots to learn. Please don't feed me. I get plenty of food and treats at home. Do not let me bite you or your things. Please leave me on the ground and don't pick me up. Feel free to give me all the belly rubs and play with me and my toys.”
Previous Next
Posted Monday, January 10, 2022 3:58 pm
By Nathan Lilley, General Manager

The Mexico Ledger has been an Audrain County fixture since 1856.
One hundred years after its opening, it took up residence at one of the most distinguishable buildings in the state: 300 N. Washington St. The building boasts an entryway tucked in a concrete newspaper and for decades, it was a whirlwind of news and printing. When Westplex Media purchased The Ledger in 2020, its press no longer ran and its staff was a fraction of the size it once was.

Time changes things. Westplex’s purchase was for the newspaper and did not include the renowned structure; its size, which had been a necessity in previous eras, was no longer an asset.

It’s interior, while teeming with history, was antiquated and in need of major renovation. So, after taking up residence there for a few months, The Ledger office moved to its current home at 113 E. Monroe St.

A local investment group would purchase the building soon after and that’s where its new resident, Mexico Strength and Fitness, comes into the story. Owner Gib Graham is feeling at home in the local landmark, but that homey feeling comes after the liberal application of elbow grease.

“I feel pretty honored to be able to own and repurpose a historic building in downtown Mexico,” said Graham.”It’s taken a lot of love but I feel like we were able to give it a much needed facelift and bring it back to life.”

Graham had heard about the building’s availability by chance; needless to say, there was plenty of tire-kicking to be done when considering the building during initial consideration.

“I did as much research as I could on the place,” Graham said. “I wanted to make sure it was structurally sound and wanted to figure out what would have to be done to bring it up to code with the city.”

A handshake agreement was made on May 15, 2021 and closing followed in about a month.

After that, the real work began.

“We faced several challenges after purchasing the building,” Graham said, “but nothing too wild came up. It’s a 56-year-old building so there were more than a few things that challenged us; some electrical and water problems but nothing that couldn’t be fixed.”

While the building’s exterior still packed much of its original aesthetic punch, the same couldn’t be said for the interior. Showing its age, it was dark and cavernous. Lights flickered and carpet was well-worn and a general patinization had settled in.

“Over 100 old light fixtures were taken down and replaced with new LED lights,” Graham added.

The printing press and drop ceilings were removed and a healthy dose of TLC was applied.

Work was largely a grassroots effort.

“I was extremely blessed to have a handful of amazing friends with skills,” Graham said, adding that the team did about 85 percent of the renovations. “I cannot thank those people enough for their help.”
The balance of more complex work was done by local contractors.
Formerly located on West Jackson St., Mexico Strength and Fitness strives to make fitness accessible - and simple.

“We have tried to make membership as easy as possible,” said Graham, “keeping everything monthly with no long-term contract and no hidden fees or charges.”

With the membership, users get 24-7 access to the facility all 365 days of the year. Inside is equipment for just about everyone, with several work-out options.

“If you want to come in and simply walk on a treadmill you can,” Graham said. “Or if you want to become a bodybuilder or powerlifter, we have things for that too.”

Since opening for business on Oct. 4, things have been busy. Members are enjoying the offerings and there is room to expand and plenty of parking.

Folks have been curious about the building’s fate and many have understandably monitored progress before and after Graham’s purchase. Its revitalization is a welcome sight.

“There’s so much history in here,” Graham said. “I mean, there are bricks from the White House in the wall.”

“The best thing for me is that people enjoy - and seem to have fun - here,” he added.

Graham is a Mexico High school graduate and he attended Linn Tech for heavy equipment mechanics. But the call to go out on his own proved to be strong, after all, being a business owner runs in the family.

“I am lucky enough to call Janet Graham mom,” he said.

Janet Graham is the Janet of Janet’s Dance Studio, one of the most active businesses in Audrain County. The Janet’s Dance team performs regularly throughout the area and is a staple at many Mexico events.
Gib Graham credits his support team for all they’ve done in his newest chapter of life. He’s appreciative of his customers, and he loves Mexico, the town he calls home.

“I hope I am able to improve our little town in any way I can,” he said, “and help people improve their health so they can live better lives.”

Mexico Strength and Fitness is located at 721 W. Jackson St., Mexico. They are on Facebook, and at mexicostrengthandfitness.com. Their phone number is 573-975-4017.