In the first set, Lizzie Joiner reeled off eight crucial points from the service line. Mya Miller finished things off in the second with authority. The third featured some big hits by Riley … 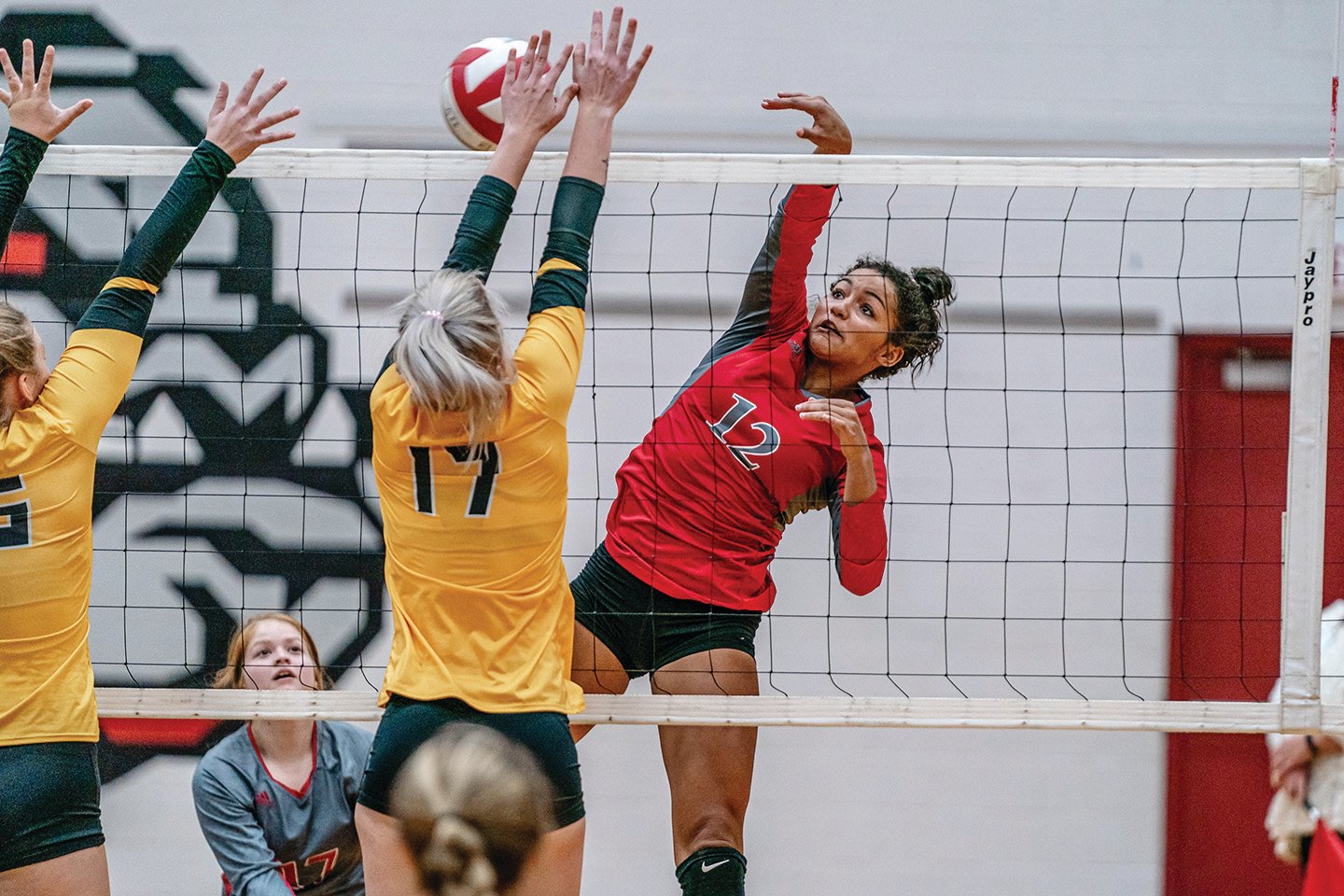 In the first set, Lizzie Joiner reeled off eight crucial points from the service line. Mya Miller finished things off in the second with authority. The third featured some big hits by Riley Blevins.

But Jessica Stephens stung the visiting Hornets all night long.

The sophomore outside hitter helped power the Bulldogs past Fulton in three sets on Thursday by comfortable margins of 25-16, 25-9 and 25-14 to wrap up the regular season 8-13. Early in the first, Stephens recorded back to back kills to secure a 3-1 lead. When the Hornets tried to rally at 19-9, she slammed the door with a shot just inside the back line. Moments later, she directed a well-placed ball to an empty corner.

In the second set, Stephens stepped to the service line with Mexico down 4-1. By the time she relinquished the ball, the Bulldogs held a commanding 20-4 advantage.

“I didn’t realize how many points I scored until I looked up,” she said. “We had a feeling it was going to be a good game.”

With senior outside hitter Addison McCoy unavailable, coach Mendie Tutt shuffled the formation, moving Miller wide and sending freshman Blevins into the rotation. Both responded well to the shift. In set one, Blevins scored back to back points – the first on a tap, the second on a neat underhand lob that fell untouched – to make the score 15-7. During Stephens’ 19 point service run in set two, Miller teamed with Emily Nunan for a kill. She then showed a softer touch, tipping two more over before returning to her strong game, slamming a ball that careened off two Fulton players. Blevins’ two-hand kill finished off set three.

“Riley Blevins really stepped up,” Miller observed. “We really worked as a team.”

The visitors only really troubled Mexico in the opener. Clinging to a slim 8-7 lead, Joiner stepped to the line. She beat the Hornets’ defense on four consecutive serves, won another point when Fulton’s Rhianna Sweeney drove the ball out of bounds after some back and forth play. By the time she was done, it was a 15-8 game.

“To get in the groove is difficult, but once I’m in it, I’m in it,” Joiner said.

Fulton looked to challenge in the second, opening with a 4-point run. But Nunan settled a long volley with a scything shot and Stephens took it from there.

Tutt was pleased with the way the team performed, especially with districts looming.

“The girls worked hard,” she pointed out.