In volleyball, it is more than bump, set and spike.

That is what Mexico volleyball head coach Mendie Tutt stressed to her players with the summer camp she held July 18-21 at Mexico High School. … 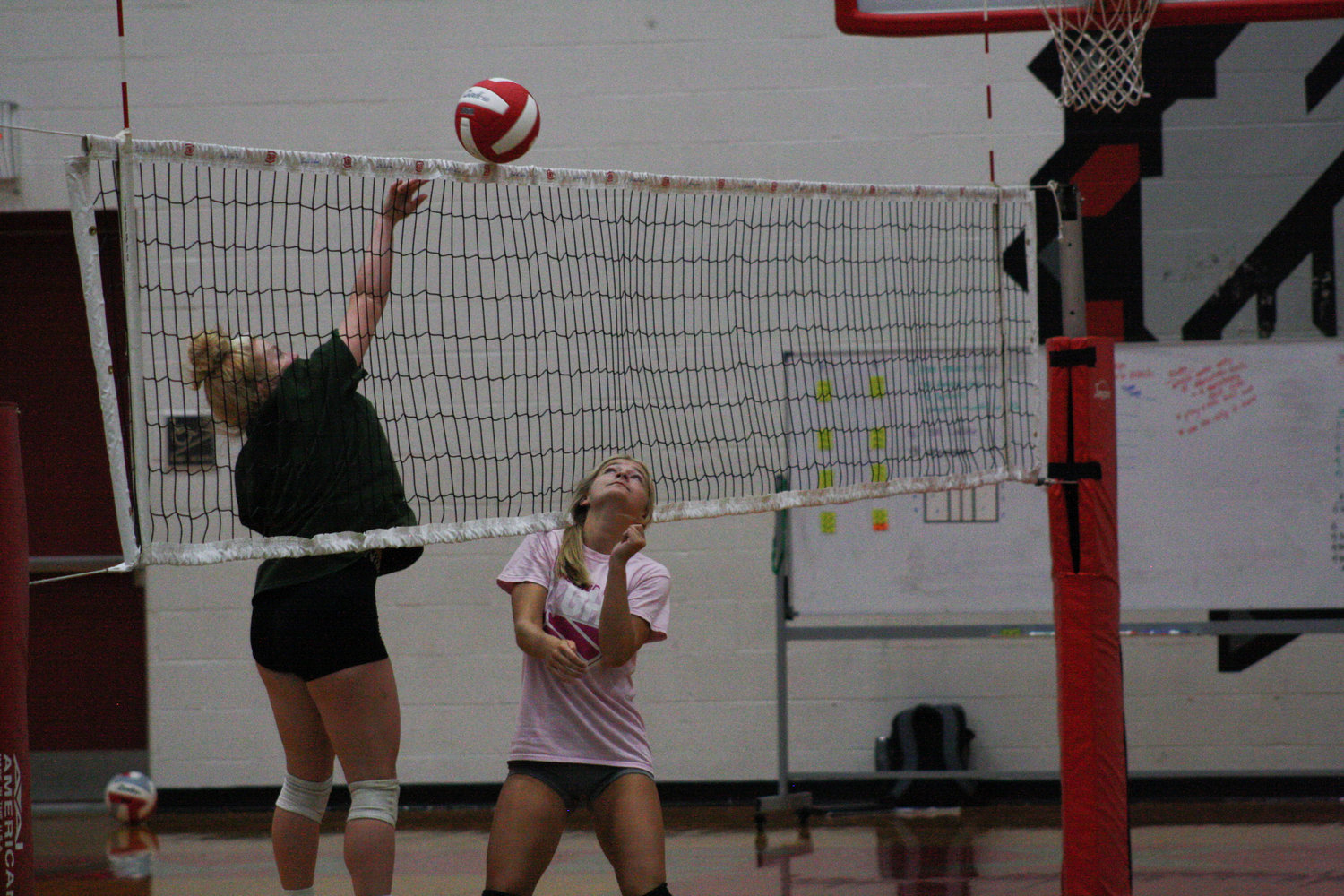 In volleyball, it is more than bump, set and spike.

That is what Mexico volleyball head coach Mendie Tutt stressed to her players with the summer camp she held July 18-21 at Mexico High School. From about 8 a.m.-5 p.m. every day, the Lady Bulldogs had the chance to improve their mechanics with help from coaches affiliated with Gold Medal Squared.

Gold Medal Squared is a volleyball developmental program that has trained Olympic gold medal winning athletes. Rebecca Martinez, a former player and strength and conditioning coach at University of South Carolina Upstate, and Devin Walker, a coach at Quincy University and former coach at Central Methodist and Culver-Stockton, ran drills with players at two different nets set up at Gary Filbert Court.

Tutt, who is coming off her first season as head coach, said Mexico has been getting back to basics after a 4-19 season. She said the Lady Bulldogs would like to get to a point where they are winning championship banners like other sports at the school.

“We’ve broken it back down to the basics and the fundamentals,” Tutt said. “We’re expanding on that portion of the mechanics more, making sure we are keeping them simple so then we could control the ball better.”

Tutt compared adjusting volleyball mechanics to changing any bad habit, which “doesn’t happen in an hour, it takes a long time.” The girls have to build muscle memory when it comes to the way they are hitting the ball and have to continue working at it into the season.

Paying so much attention to detail for long periods of time does wear out the body, Tutt said, but every drill she fits into the schedule has a purpose.

Tutt said observing for a while makes it clear to her how she can arrange her team on the court and which girls have a good rapport with each other.

“That’s huge because the setter calls the plays,” Tutt said. “They have to have a good rapport with their hitters and the passers have to give them a good ball.”

The girls can put their eyes to good use to see what is happening on the court, particularly on the other side of the net, Tutt said.

“Reading the hitter or server and knowing where she is going to put that ball based on her movements,” Tutt said. “You don’t see that from the outside if you’ve never watched the game or have been involved with the game. We’re trying to push that aspect because that’s huge. That’s like a cheat code. It gives you a precursor of where to be.”

Having coaches with years of experience, playing and coaching, has made a difference on the Lady Bulldogs so far, Tutt said. They have gone “leaps and bounds” when it comes aspects like serving and the aforementioned skills according to her and the Gold Medal Squared coaches.

To have that confirmation that the girls are getting better from outside voices that recruit and train the Olympic teams is good for the program, Tutt said, but it means a lot to just to have them in Mexico.

“This is the first year they have done a camp like this, of this quality,” Tutt said. “We’re trying to build this program to bring home the championships and give our school a name not just affiliated with softball and football but volleyball too.”