The North Central Missouri Conference and the Class 3 District 7 tournament named their top players this week, with Mexico senior Addison McCoy figured prominently on both.

The outside hitter was … 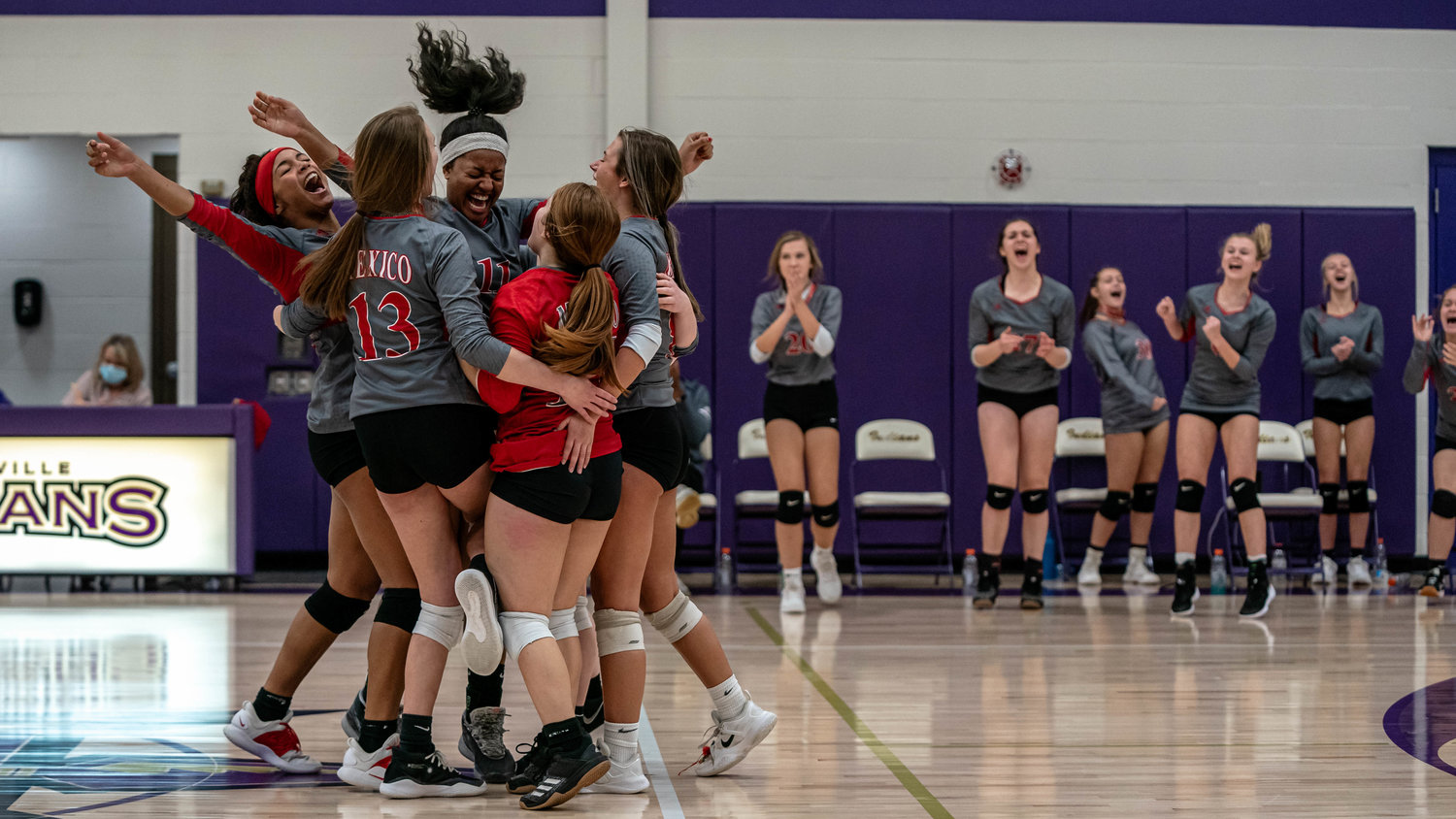 The Bulldogs celebrate a win in the first round of district play against Centralia in Hallsville last week. Addison McCoy, Jessica Stephens and Nayeli Ruiz were named to conference, district teams. (Eric Mattson)
Posted Thursday, November 5, 2020 9:31 am
By: Dave Faries, Editor

The North Central Missouri Conference and the Class 3 District 7 tournament named their top players this week, with Mexico senior Addison McCoy figured prominently on both.

The outside hitter was named to the NCMC All-Conference First Team, as well as the district tournament First Team.