Wrestling is a sport that humbles even the best. And Brit Wilson is one of the best.

But when he made the transition from Mexico High School to Northern Illinois University, Wilson found himself … 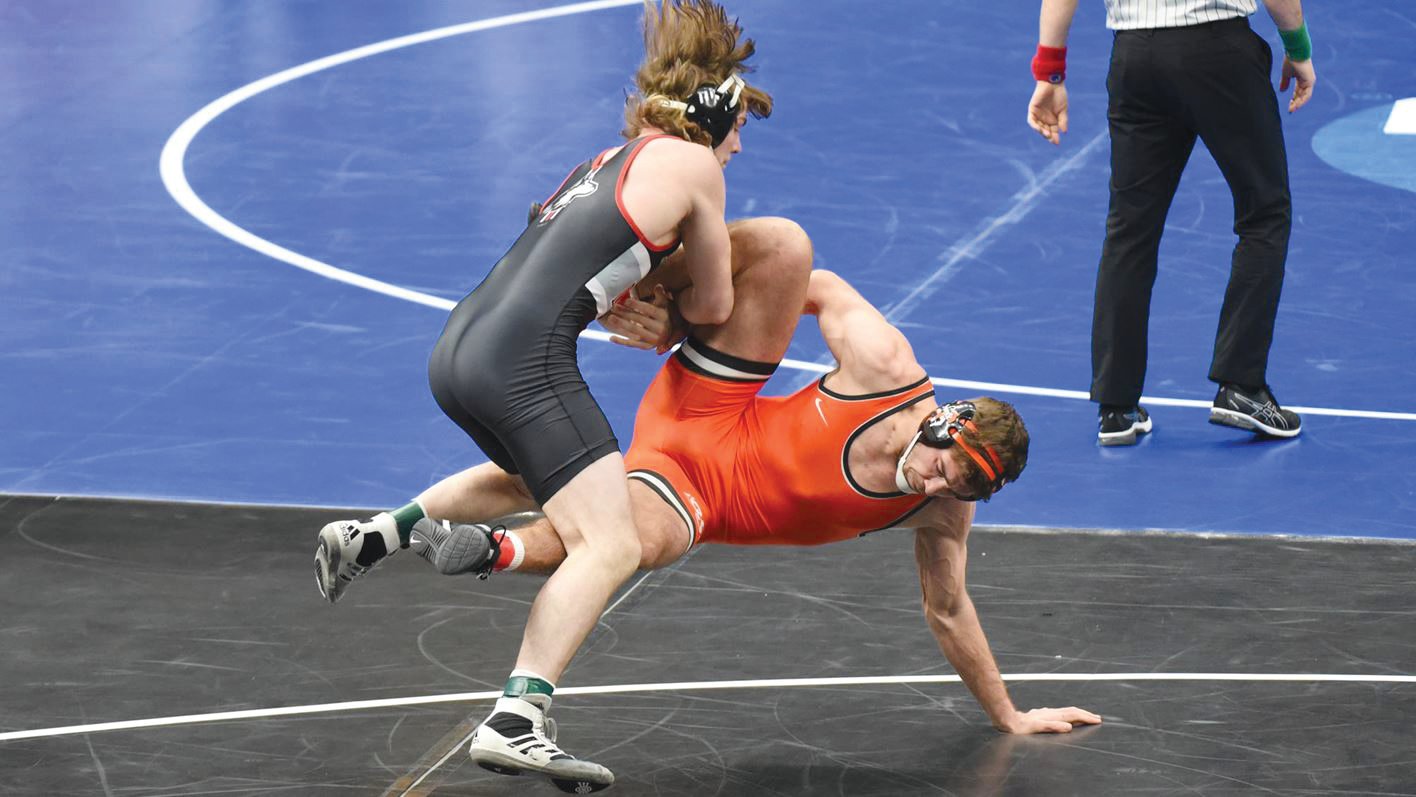 Wrestling is a sport that humbles even the best. And Brit Wilson is one of the best.

But when he made the transition from Mexico High School to Northern Illinois University, Wilson found himself being tossed around in practice by seasoned college wrestlers. He knew it would be tough going. And he also knew that it is a sport that yields its rewards only after offering up challenges.

“You have a choice,” Wilson said.

The second option — to keep working at it — is the one he has taken since he took to the mat at the age of seven. And last weekend Wilson placed sixth at the NCAA wrestling championship, becoming the first former Mexico High School wrestler to place at the Division I level, as well as the first in 17 years to reach that level for Northern Illinois University.

And earning the title of All-American.

“It’s hard to explain,” he said. “It’s unreal knowing you are sixth in the whole nation.”

As he found when he stepped from high school to college wrestling, the NCAA tournament is at another level.

The brackets are deep, with 34 seeded wrestlers, each with a lot of wins behind them. In the 184 weight class, Wilson was seeded seventh and opened with a 10-3 decision over Cleveland State’s DeAndre Nasser. He took his next match, but lost in round three, throwing him into the wrestlebacks — three more matches just to reach sixth place.

And that round, with just 12 surviving wrestlers and only six All-American spots available, is called “the blood round” for a reason.

“Every match is a grind,” Wilson said. “Everyone there wants to be All-American. You might be banged up, but you fight and survive.”

Wilson graduated from Mexico in 2017 with a list of accomplishments already attached to his name. He is a two-time state champion, three-time state finalist and placed at the state tournament all four years as a Bulldog. Wilson was named to the Academic All-State roll four times, as well.

“I won’t ever coach another Brit Wilson in my life,” said Mexico head coach Gayle Adams, who has helped send five other Bulldogs to Division I schools in his 10 years at the helm. “He is one of the finest that ever came through Mexico.”

Although he was undefeated his junior and senior seasons for the Bulldogs, Wilson says he was beaten and tested throughout his high school career. He learned from every takedown, every point turned against him and every loss.

He also recalls the four years with the Bulldogs as the most fun he’s had on a wrestling squad.

“Those are memories I’ll always have,” he said. “You've been with those guys since you started wrestling. We had a lot of good times.”

When a child enters the sport before he or she turns 10, it’s all new. The goals come with accomplishment. Win and you want another. Finish fifth at state and you aim for first.

“You just keep working,” Wilson said. “It’s worth it in the end.”

Since earning All-American status last weekend, he has heard from a number of his former Mexico teammates, classmates and people in the community.

“A lot have reached out,” he noted. “I really appreciate it.”

Perhaps the Mexico resident who is most proud of Wilson’s accomplishment is his former coach.

“Placing at the NCAA tournament is the pinnacle,” Adams observed. “If you can place, you’re at the highest level.”

But Wilson learned long ago, and through his high school career, that there was always another test. So it is time to get back to work.

“I still have more to accomplish,” he said. “I want to be national champion.”