Mya Miller visited other schools, but neither made the same impression as Columbia College. 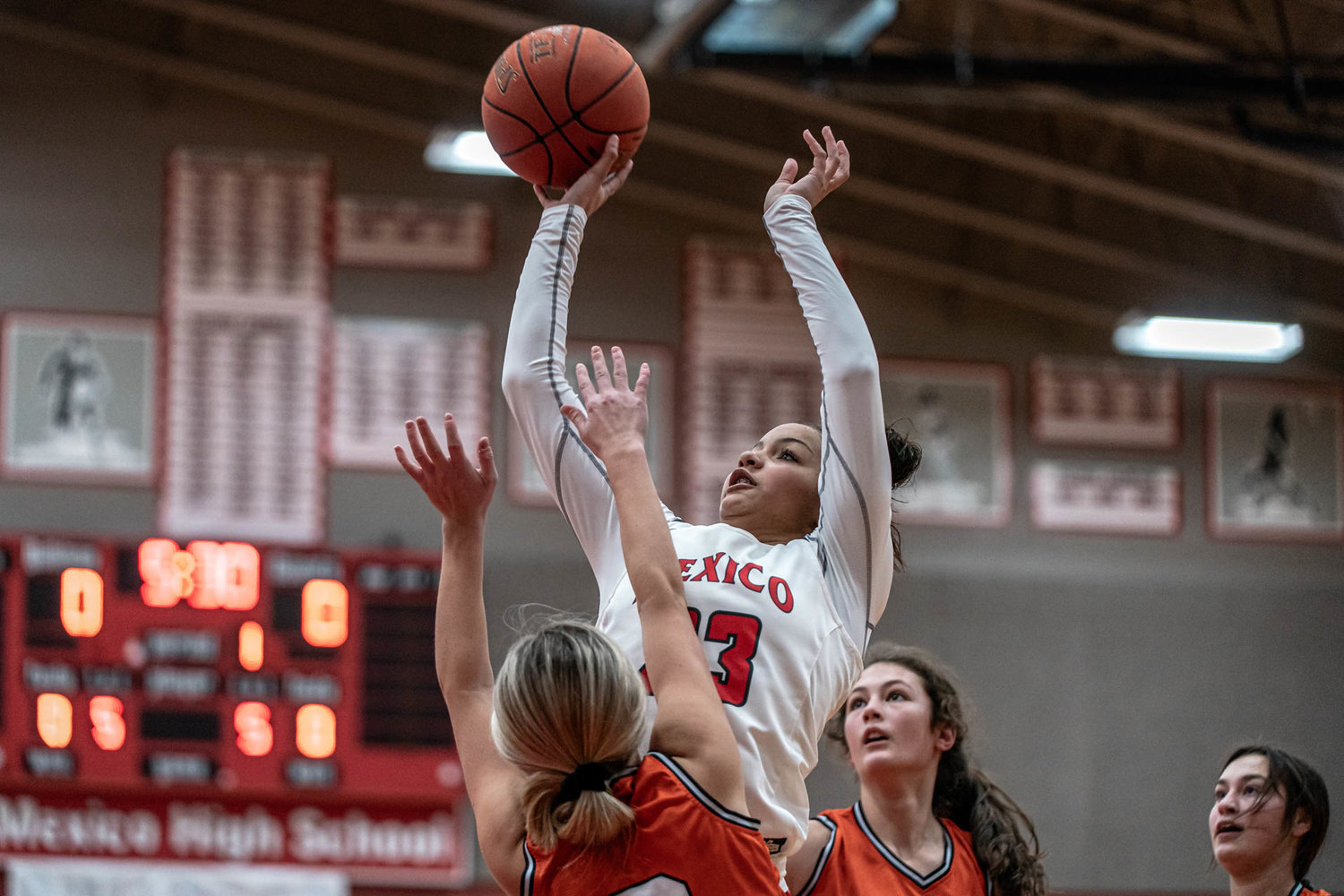 Mya Miller visited other schools, but neither made the same impression as Columbia College.

"I fell in love with the campus and felt very welcomed," she said.

The Mexico senior recently announced a verbal commitment to play basketball for the Cougars next winter. Miller still has another season in a Bulldogs' uniform, and it should be a record-breaker. She is just 200 points shy of the 1,000 career points mark.

Miller says she did not intend to announce her decision until after the high school schedule was complete. But now she sees a positive side in the early notice.

"It frees up my mind for my final high school season just because it feels like weight had been lifted from my shoulders," Miller observed.

And that could spell trouble for Mexico's opponents.

Several schools reached out to Miller before her announcement. She set up a few visits.

"Granted, I only took visits to two different colleges before I realized Columbia College was the school for me."

Columbia College was always an option for the prolific forward. She is a member of the Missouri Phenom summer traveling team. Cougars head coach Taylor Possail works with one of the Phenom's younger squads.

"What drew me to Columbia College was how welcoming the coach was," Miller said. "I got to spend a lot of time with coach P."

Possail has been a successful college coach. He is 97-24 at the Cougars' helm, coming off a 15-6 season. In four years the team has produced seven All-Americans, 18 All-Conference honorees and 36 Academic All-Americans.

Miller expects to fit in with the team. She adds that college ball will be at a different level because every player on the roster is there for a purpose, both athletically and academically.