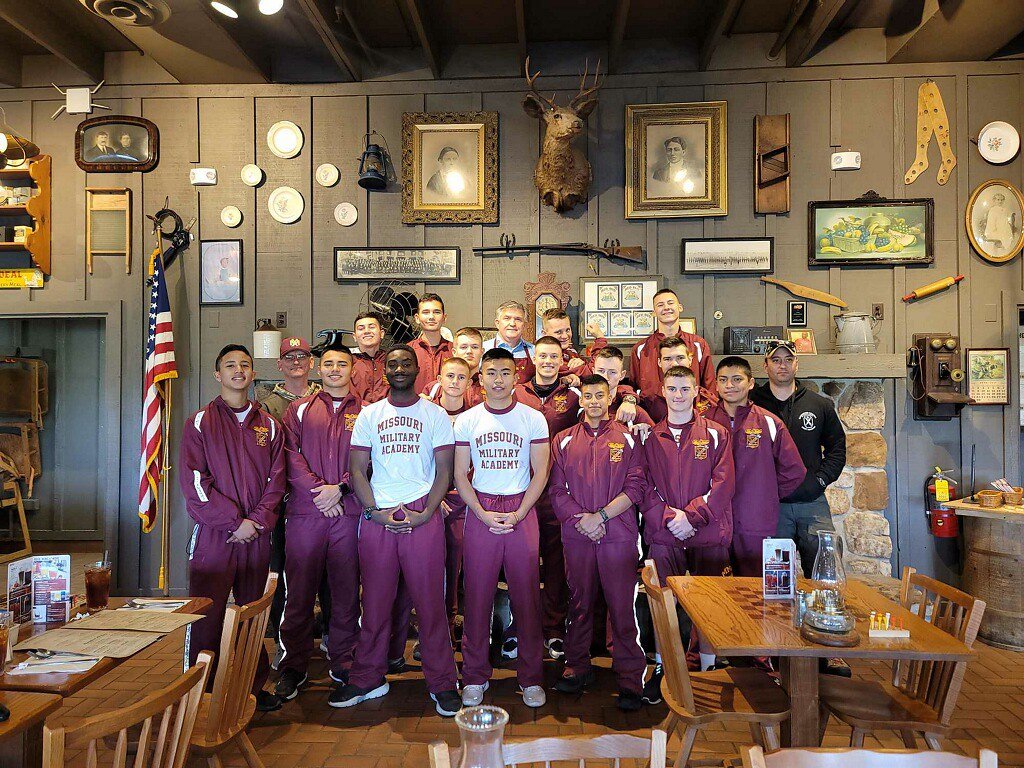 The Missouri Military Academy (MMA) Raiders team put forth an impressive effort in the U.S. Army National Championships Nov. 6 – 7 in Molena, Ga. Following the two-day competition, the MMA team ranked 19th overall out of 30 teams, moving up one spot from last year.

The JROTC nationally sanctioned Raiders competition is a military-style competition conducted with an eight-man team. The one-day event includes a 5K road march, Raider challenge course, physical team test (PTT), and gauntlet course, one-rope bridge and obstacle course. The competition is a precursor to the ROTC collegiate-level ranger competition and builds teamwork and comradery between cadets.