Pressley Schmauch is heading back to the Class 3 state cross country meet.

The North Callaway sophomore wished her team was going with her.

Schmauch will be the Thunderbirds’ lone … 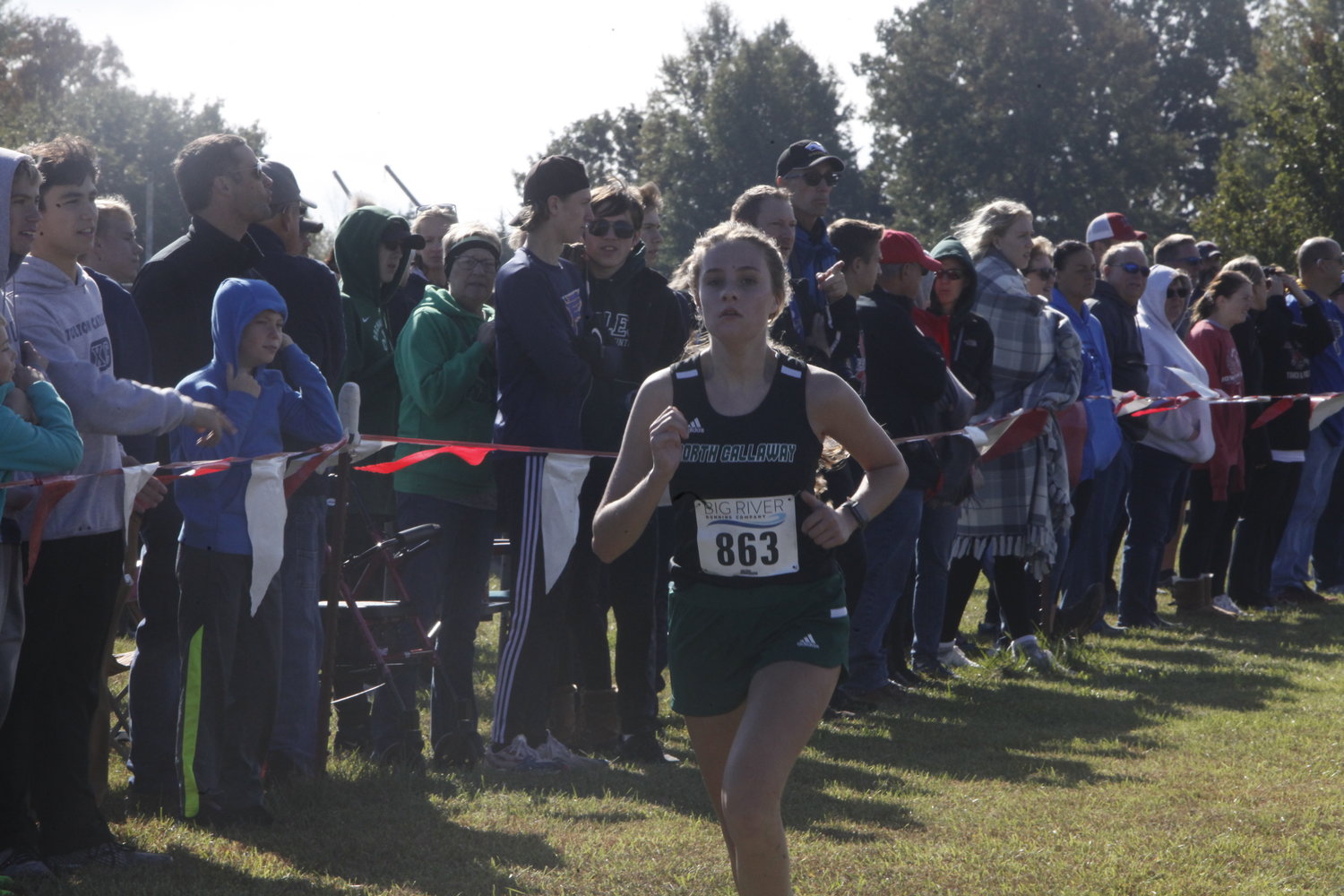 Pressley Schmauch is heading back to the Class 3 state cross country meet.

The North Callaway sophomore wished her team was going with her.

Schmauch will be the Thunderbirds’ lone representative at the state meet at Gans Creek Course in Columbia on Nov. 6. She qualified for state for the second year in a row after placing 22nd with a time of 21:20 at the Class 3, District 3 championship meet at Linn High School on Oct. 30.

The top 30 individuals at districts advance to state and earn medals.

“It means to me that I worked hard enough to make it to state and get a medal,” said Schmauch, who is scheduled to run at 2:15 p.m. at the state meet.

Schmauch’s team came up six places short of a state meet berth. North Callaway placed 10th out of 15 teams with 235 points. The top four teams at districts qualify for state.

“I wished we could have made it as a team so we could be there together to celebrate and experience it all together like last year,” Schmauch said.

Last year, Schmauch and the Thunderbirds finished fifth at the Class 3 state meet, coming up one place short of a state plaque. They clinched a trip to Columbia by finishing second to Hermann in the district meet at Bowling Green.

Also for the Thunderbirds, sophomore Caitlyn Sobba finished 88th with a 26:47 and junior Carmen Overstreet placed 106th with a 29:51.4.

Schmauch has earned medals in all nine races she competed in this season. The sophomore ran a season-best 20:35 in her third-place finish at the North Callaway Invitational on Oct. 2. She also placed third at the Mexico and Centralia meets.

“It’s going really good,” said Schmauch, who picked up medals in nine races in 2020. “I’ve been getting PRs in all of my races. I’ve been working hard over the summer and over this whole season. I’m just grateful that I can make it to state.”

Now, Schmauch is hoping that she will end her season with another all-state medal. Last year, she placed 22nd with a 20:52.6.

“If I get an all-state medal, I would be very proud of myself,” Schmauch said.