The Lady Bulldogs entered their first matches of the new year shorthanded.

Mexico was slated to dual Owensville and Blair Oaks in a tri-meet last Thursday, with a quick turnaround for … 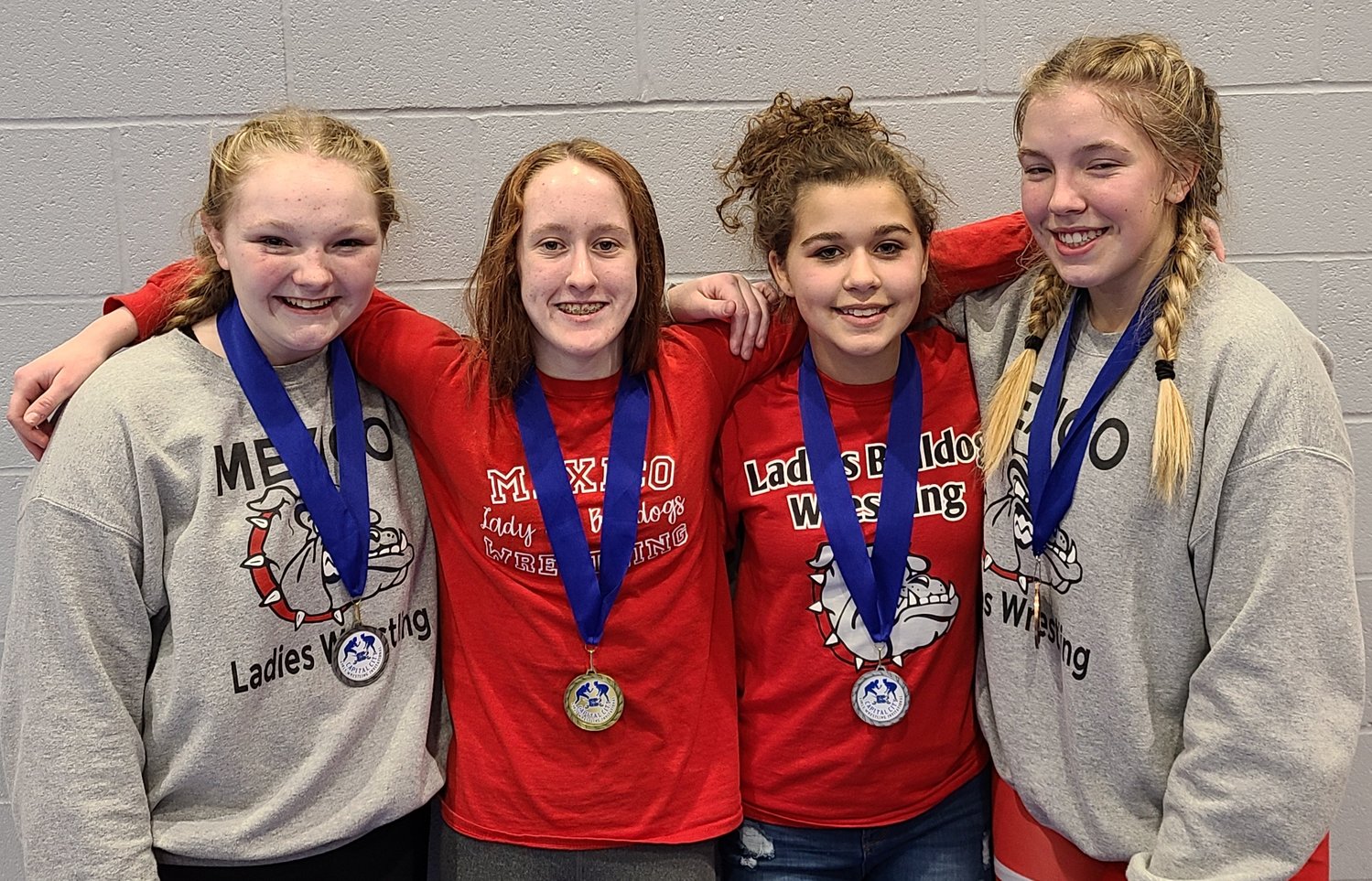 The Lady Bulldogs entered their first matches of the new year shorthanded.

Mexico was slated to dual Owensville and Blair Oaks in a tri-meet last Thursday, with a quick turnaround for the Capital City Tournament on Friday.

Head coach Tony Senor knew it’d be tough sledding without sophomore Abby Drew and junior Kaylynn Pehle—especially in a sport where missing an athlete can result in a forfeit and six free points to the opponent.

However, the Lady Bulldogs were still able to outnumber Owensville to open 2022 with a win.

Senor said Owensville – like Mexico – is also a newer program, so both teams are facing growing pains and open classes. But still, he said, it’s always good to see a district team they’ll see again.

“That’s the goal,” he explained. “You want to try and see as many district opponents as possible before you go into that tournament. Just seeing who they have at their weight classes helps for strategy down the road.”

Senor said he thought his squad was a bit flat in its opening dual, but that the Lady Bulldogs picked it up in their next dual against Blair Oaks.

Bowen earned a 6-0 decision win, Higgins and Tolbert picked up wins by fall, and Welch and Choice Foster (194) added forfeit wins against the Lady Falcons.

However, three of Blair Oaks’ wins came by fall, and with the two teams splitting four forfeits in open classes, the Lady Falcons had enough to edge Mexico for a 30-27 win.

The Lady Bulldogs still weren’t at full strength Friday at the Capital City Tournament, but they made the most with what they had.

“Again, we were shorthanded,” said Senor. “But we had six girls in the tournament and five of them were point scorers.”

Two of the Lady Bulldogs’ point-scorers ended up finishing first and second in the same bracket.

“We bumped Katie [Bowen] up to 110, and we had Alizabeth [Welch] at the same weight class—and they actually had to wrestle each other,” Senor chuckled. “Katie pinned all of her girls, and Alizabeth wrestled really tough and got second place. They both did really well in that bracket.”

Bowen finished the day 4-0 and Welch went 3-1 with her only loss coming to her teammate.

Shramek also went home with a second-place finish, going 3-1 on the day, including a win by fall over Jameshia Bennett of Smith-Cotton, who had previously beaten her.

“She went out and wrestled a complete match, three periods, and then pinned her at the end of the third period,” Senor said. “She’s showing a lot of improvement from the beginning of the season.”

“She’s wrestled some of the best matches so far this season at her weight class,” Senor said. “We’re really proud of her and her progress. She’s fighting, she’s learning, she’s doing things that we’re practicing and she’s doing that in matches. That’s all that you can ask for, is improvement, and to try to peak at districts.”

Higgins went 2-3 to finish sixth place and Iman was 0-4 as the Lady Bulldogs claimed fifth place as a team.

Mexico has a busy week this week, traveling to Hannibal on Wednesday, Osage on Thursday before a two-day tournament in St. Charles on Friday and Saturday.