When it came to big plays, the kind that gobble up yards and score quick touchdowns, Moberly dominated on Friday night. But every time the Spartans opened up a seemingly commanding lead, Mexico … 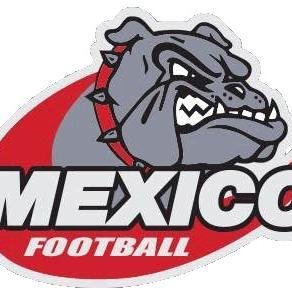 When it came to big plays, the kind that gobble up yards and score quick touchdowns, Moberly dominated on Friday night. But every time the Spartans opened up a seemingly commanding lead, Mexico clawed their way back.

Two Mexico turnovers in the first half and a time-consuming third quarter drive gave the hosts just enough cushion as the Bulldogs took a 28-21 loss on the road.

The tenor of the game was set from almost from the opening whistle. On the second play from scrimmage, Moberly’s Toby Short took the ball 54 yards on a jet sweep. Five minutes later, the hosts scored again when Spartans quarterback Dominic Stoneking found Devin Dewolfe wide open in the end zone.

Down 14-0, the Bulldogs responded with a 13 yard touchdown run by quarterback Ty Prince, capping off a drive that saw running backs Isaiah Reams, Michael White and Dante Billups pick up yards – Billups dragging three Spartans with him to set up the score.

After falling behind 21-7, Mexico put together another drive, this one covering 11 plays and parts of two quarters. It started with time running down in the first on runs to the right side by Billups and White. Reams then sprinted for 27 around the left. From the Moberly 11, Prince carried four times, plunging across the goal line with 10:58 to go in the second.

“We had a couple of flukes on defense, but we moved the ball well,” Prince said. “I thought we had it the entire game.”

Mexico’s defense stiffened in the second period. The Spartans’ Will LaRue ran into a wall of white jerseys. Peyton Willer and Morgan Grubb dropped Stoneking once and Willer hauled him down a second time for no gain. And when the versatile Moberly quarterback looked to pass, Deacon Haag flushed him from the pocket and Reams broke up the hurried throw.

“I could shed a few pounds and get faster,” Haag observed, laughing at the pace of his pursuit. “But I like to get in the quarterback’s head.”

Moberly again stretched the lead to 14 with 1:54 to go in the third. The Bulldogs held the goal line for two downs before Stoneking dove in from the one, making it 28-14.

But Mexico was not done. Reams, Prince and Billups pushed deep into Spartans territory, Billups again picking up Moberly hitch hikers along the way.

Reams scored on a 14 yard run with 4:11 on the clock to bring the gap back to seven. But the Spartans worked the clock and managed two critical first downs to secure the game.

“They earned it,” Bulldogs’ head coach Steve Haag said of the more experienced Moberly squad. “They took a lot of time off the clock in the third. But I’m happy with how we played.”