Trojans come out of quarantine, fall to Mark Twain

The Trojans faced a 14-day quarantine before the …

Trojans come out of quarantine, fall to Mark Twain 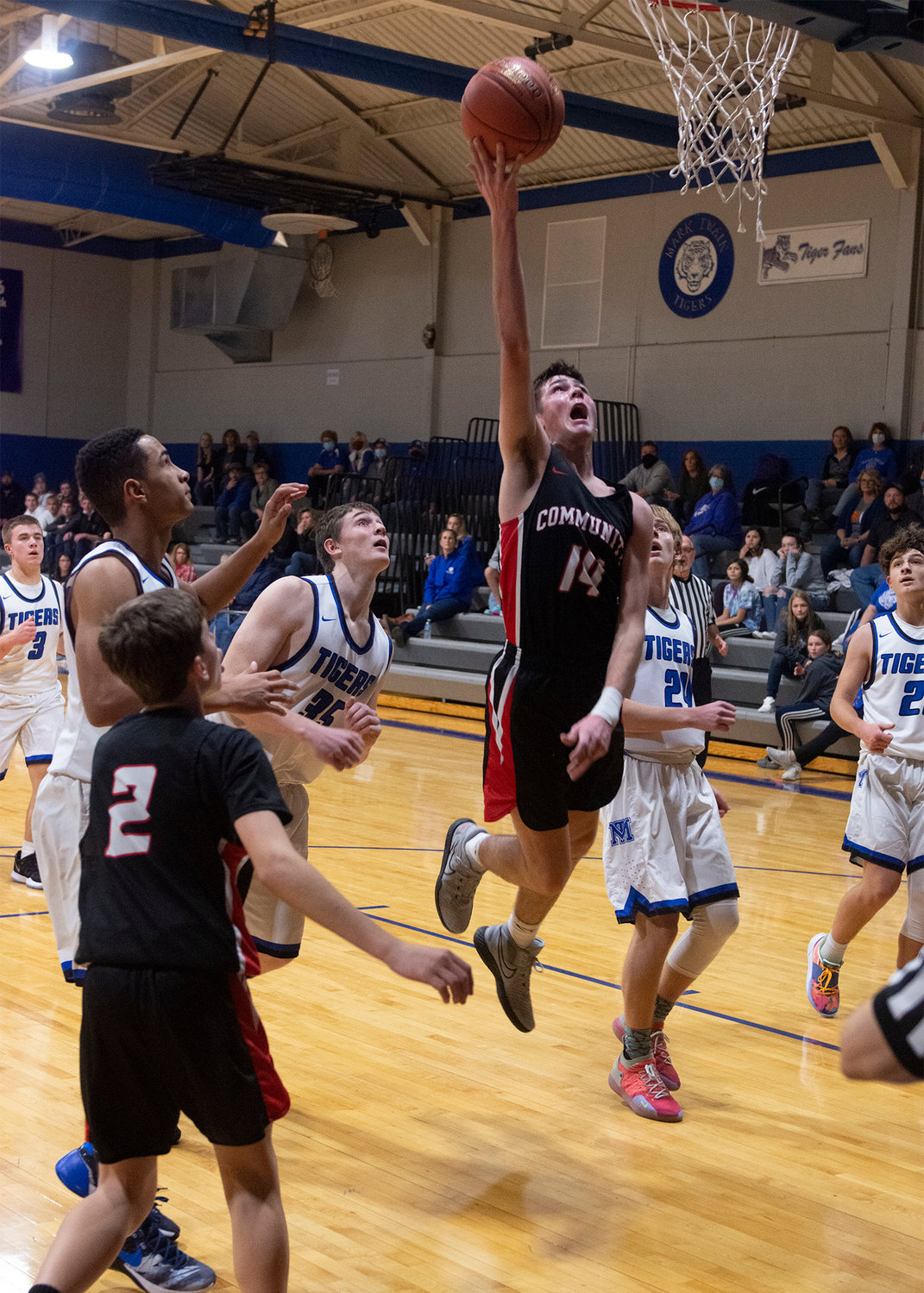 Sophomore forward Tucker Robnett goes up for the basket to score for the Trojans. [Leslie A Meyer Photography]
Posted Saturday, December 12, 2020 8:26 am
By: Ben Pfeifer, Correspondent

The Trojans faced a 14-day quarantine before the season, rendering them unable to practice and prepare for the season as fully as they would have liked.

“We lost about eight practices,” Community R-6 head coach Matthew Thomas said. “That hurt because we came back, we had three practices and then we play.”

And the Trojans’ rust was evident on a night where they turned the ball over 33 times — Thomas calls it an ‘ungodly amount’ — in their loss to the Tigers.

“Handling pressure, we did not do a great job, and I think that goes back to preparation,” Thomas said.

The Trojans hung around in the first half, ending the second quarter tied at 22. Thomas attributes his team’s stingy defense to its first-half success.

“We kept them out of the paint,” Thomas said. “That’s been one of our emphases in practice the last week or so.”

But the turnovers piled up in the second half and the physicality of the game overwhelmed Community R-6, as the Tigers outscored the Trojans 26-15 in the last two quarters.

Kaden Brooks’ performance stood out to Thomas, his strong defense and rebounding anchoring the Tigers.

Community R-6 plays its next game against conference opponent Slater on Friday, which presents a greater challenge than Mark Twain did.

“Every pressure drill, every trapping drill, whatever that I have, that’s what we’re going to do,” Thomas said. “They are faster than Mark Twain was, so we’ve got to be ready for that.”