It isn’t too early to learn basketball’s fundamentals. 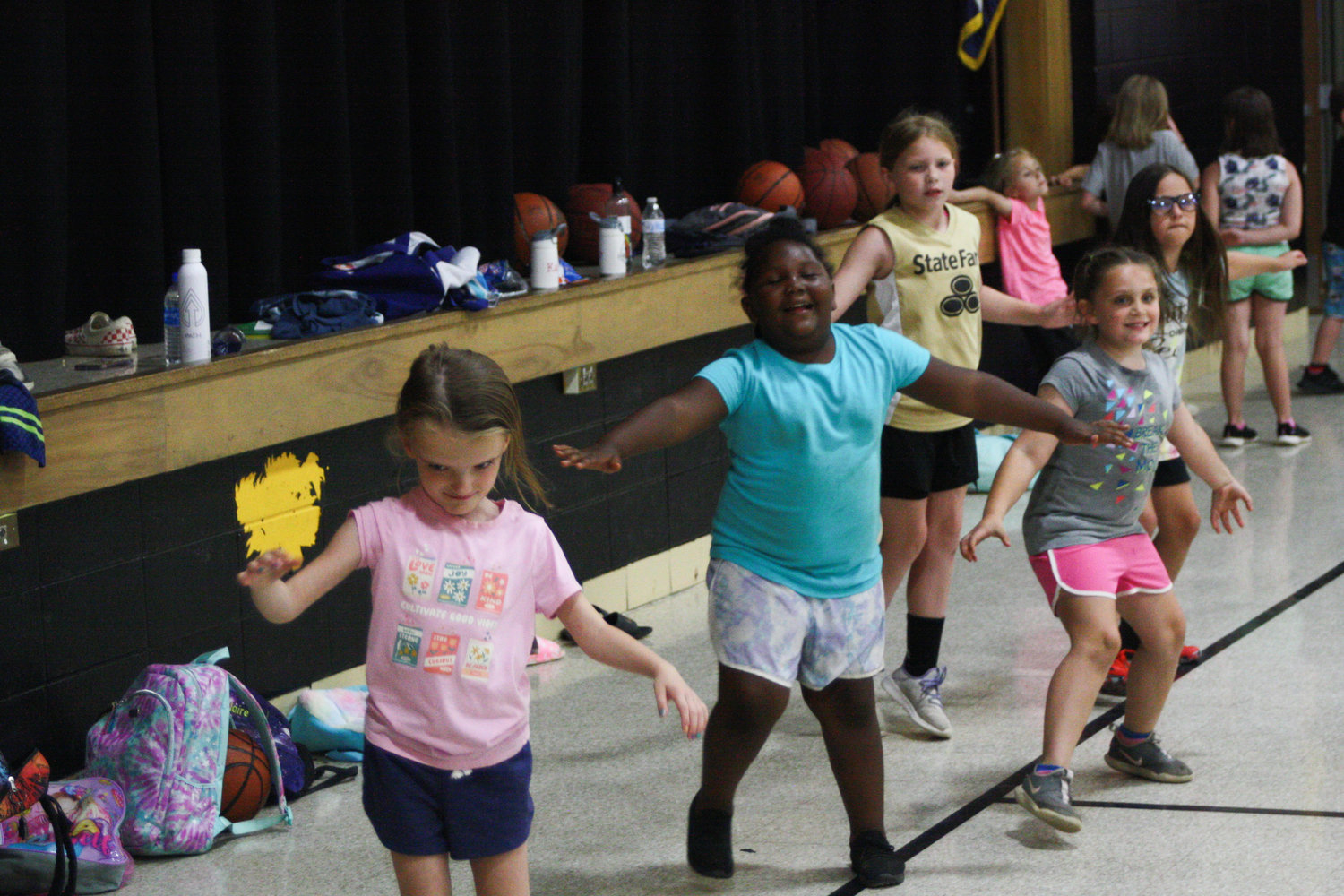 Campers work on their footwork June 3 at the Van-Far Lady Indians basketball camp at Van-Far Elementary School in Vandalia. A total of 27 children in first- through eighth-grade learned basketball fundamentals May 31-June 3 at the elementary school and high school.
Jeremy Jacob Photo
Posted Saturday, June 11, 2022 10:36 am
By Jeremy Jacob, Sports Editor

It isn’t too early to learn basketball’s fundamentals.

That was the reasoning Van-Far head girls basketball coach Heather Minter and a few Lady Indians spent May 31-June 3 at basketball camps for children in grades first through fifth at the elementary school and grades sixth through eighth at the high school.

“It starts at a young age,” Minter said. “This is our third year doing it. It’s good to see (kids come out).”

On June 3, the younger group worked through various drills like passing, shooting and footwork with candy being distributed to the campers after a hard day’s work.
“A lot of young girls want to play,” Minter said. “We’re excited to have them.”