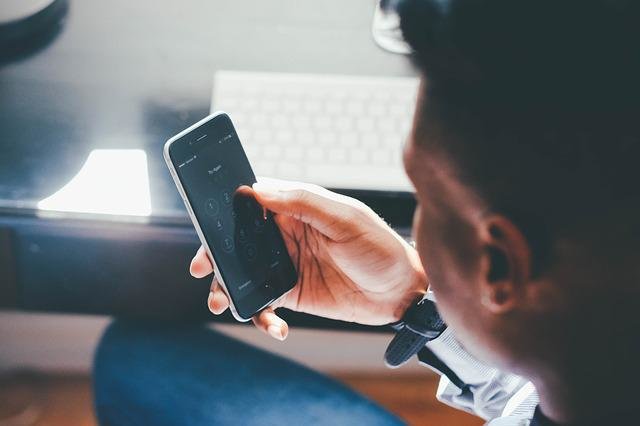 “This has been a long time coming,” Crewse said. “This is not only a step toward Next Generation 911 but, it could potentially save lives in incidents such as home invasions, active shooters, domestic violence incidents … essentially any situation where a caller needs to be silent so the assailant doesn’t hear them.”

One thing Crewse wants to stress is this is not a system to replace the phone call a person may normally make to 911.

“We still live by the creed ‘Call If You Can, Text If You Can’t!’ We need people to call in and talk with a dispatcher as much as possible when experiencing an emergency,” she stressed. “Two-way verbal communication is still the best and fastest way to get information so the dispatchers know how to best help the caller. The Text 911 system should only be used when a resident can’t make the call due to circumstances preventing them from doing so because speaking may bring more harm than good to them.”

Crewse says technology is what led to the decision to obtain the software and equipment necessary for this service to be offered to residents of Audrain County.

“We’re constantly looking for new ways to bring 911 to our residents,” she said. “With over 83 percent of our calls to 911 these days coming from cell phones, it just made sense to do this as quick as possible so residents would have another option to reach help when needed.”

Crewse says there is one segment of the population she expects this to help greatly.
“Our hope is that those in the county with hearing or speech difficulties will see this as a meeting of a need that they haven’t had before,” she said. “This population also experiences emergencies and needs help from time to time just like the rest of the county’s residents and this will hopefully help close a gap that has existed for a long time.”

The FCC recently approved Text 911 rules at the request of the public safety answering points (PSAPSs), which required wireless carriers and other providers of interconnected text messaging to deliver emergency texts to 911 call centers upon request. Sprint, T-Mobile, Verizon and AT&T were among the four mobile providers that voluntarily enabled texting to 911.

Crewse says dispatchers will still be asking questions in response to the texts when a person sends one. Also, you will still have to know your location because, as Crewse points out, “technology may have improved greatly throughout the years but, it’s not always reliable so, the texter knowing this information will be highly beneficial to dispatchers and those responders they send to help you.”

Currently, the Audrain County 911 system can only accept text characters at this time.

“Unfortunately, the software is not able to accept videos, pictures or emoticons yet,” she said. “Also, if your carrier is not one that allows texts to be sent to 911 systems, your provider should
provide a bounce-back text explaining you are unable to send texts to 911 and you need to call instead.”