The museum grounds were alive with activity last week during “Heroes Among Us” History Camp held June 6-10 at the Audrain County Historical Society. The World War II themed camp was … 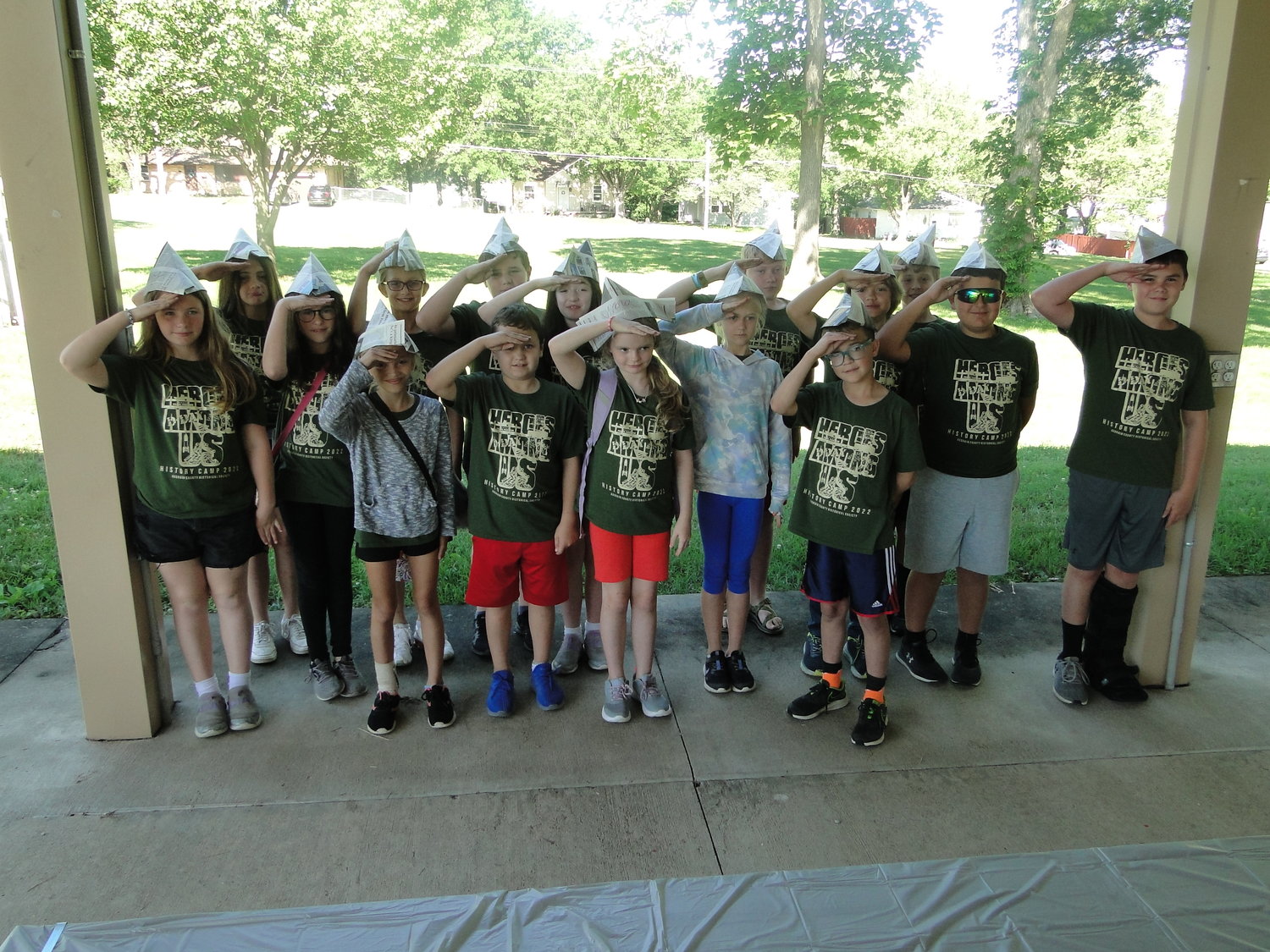 The museum grounds were alive with activity last week during “Heroes Among Us” History Camp held June 6-10 at the Audrain County Historical Society. The World War II themed camp was enjoyed by 64 campers with the help of 48 enthusiastic volunteers. This year was the 18th year for the annual camp held each summer.

“We have an army of great volunteers that give of their time and energy to help make History Camp a success each year,” said Cara Miller, History Camp director states. “We couldn’t do it without them.”

Living History was led by Paul Baum, assisted by Dylan Hoyt and Daniel Hoff. The campers were enthralled by the storytelling of Paul Baum while learning about Billy Mitchell, dive bombers, protractors, Hubris, the Battle of Britain, Pearl Harbor, Iwo Jima and more.

Science was led by Brad Rothermich, assisted by Laura Davidson, Cheryl Bledsoe, Declan Gleeson and Eric Hoff. Blood typing, egg drop activity, rocket building and launching, and the Amazing Race game were some of the topics covered during Science.

Music was led by Kennedi Rowe where the campers learned the official songs of the Army, Marines, Navy and Coast Guard, all branches of the armed forces during World War II. The campers sung these songs during the camp closing ceremony held Friday.

Campers ended their day with a guest educator session. Guest educators were Hans Neumann that spoke on his teen years and experience in the Hitler Youth Army, Ernie Allen with the VFW who brought various US flags and told the story of Audrain County native Samuel Fuqua and his medal of honor, Linda Woods retold her mother’s stories of the occupation and liberation of France during World War II, Tim Gooch shared his World War II memorabilia and knowledge, and Ayanna Shivers taught about the Tuskegee Airmen.

The 2023 History Camp theme, ideas, and activities for next year are already being discussed and planned. What will it be? Stay tuned...