The defense attorney representing Callaway County Sheriff Clay Chism asked for a jury trial for his client on Monday, Jan. 23.

Noble made his request to a judge at the Randolph County Courthouse. … 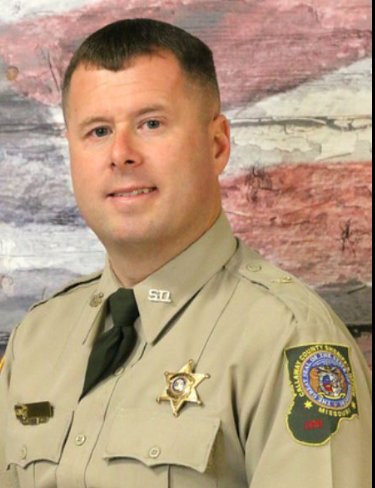 The defense attorney representing Callaway County Sheriff Clay Chism asked for a jury trial for his client on Monday, Jan. 23.

Noble made his request to a judge at the Randolph County Courthouse. Travis Noble says Sheriff Chism was not guilty of drinking and driving.

Chism is charged with driving while intoxicated and resisting/interfering arrest, both misdemeanors. An arrest was made last October in Moberly after officers were called to an Arby's for a report of property damage. Chism entered a plea of not guilty at his first court appearance in November.

During a recent phone call Mr. Noble told the Mexico Ledger "He had something of an alcoholic nature to drink while waiting for another sheriff to come and pick him up. They were getting ready to go someplace and they agreed to meet at that parking lot. While he was waiting, he sat there and had something to drink. At no point was he drinking prior to driving."

An exact date for the jury trial has not been set as of press time, however prosecutors predict Chism's jury trial will begin sometime this summer.