A house on the 400 block of Maple was destroyed in a blaze Thursday afternoon.

Mexico Public Safety Department responded to the scene at approximately 12:50 p.m. after a resident called in to … 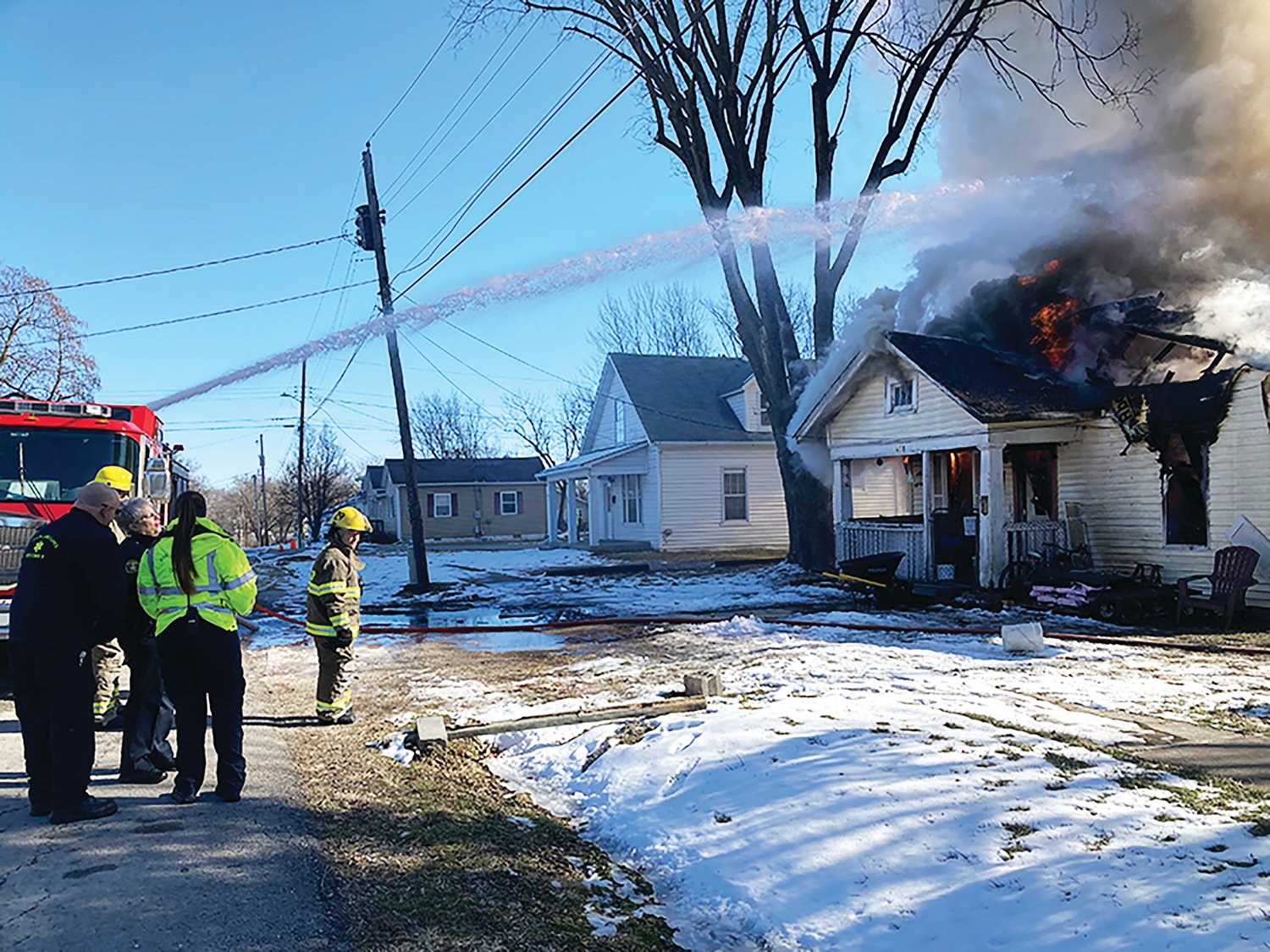 A house on Maple Street is considered a complete loss from a fire on Thursday, Jan. 20 that started in the flue from the woodstove.  [Nathan Lilley]
Posted Thursday, January 27, 2022 10:24 am
Byline: Miranda Holman, Managing Editor

A house on the 400 block of Maple was destroyed in a blaze Thursday afternoon.

Mexico Public Safety Department responded to the scene at approximately 12:50 p.m. after a resident called in to report the fire, which started a flu fire, according to MPSD. When responders arrived at the scene, personnel found a small, wood-frame home with a flame burning through the roof.

The residents stated that after building a fire in the woodstove, they noticed a fire in the flue. According to the report, the flu was damaged and began igniting flammable items stored near it. The home residents attempted to extinguish the fire, then exited the home and called 9-1-1.

The Mexico Street Department responded to the home to knock down walls after the MPSD determined that three of the four walls on the house were unstable after the majority of the fire had been extinguished. When the walls were knocked entirely down, MPSD  completed extinguishment.

No injuries were reported.