New restaurant in Auxvasse is not all talk

You can get an old school burger at Bull Shooters.

That may not seem so astonishing until you think about how the classic American sandwich has been trending of late. Chefs are keen to pile as …

New restaurant in Auxvasse is not all talk 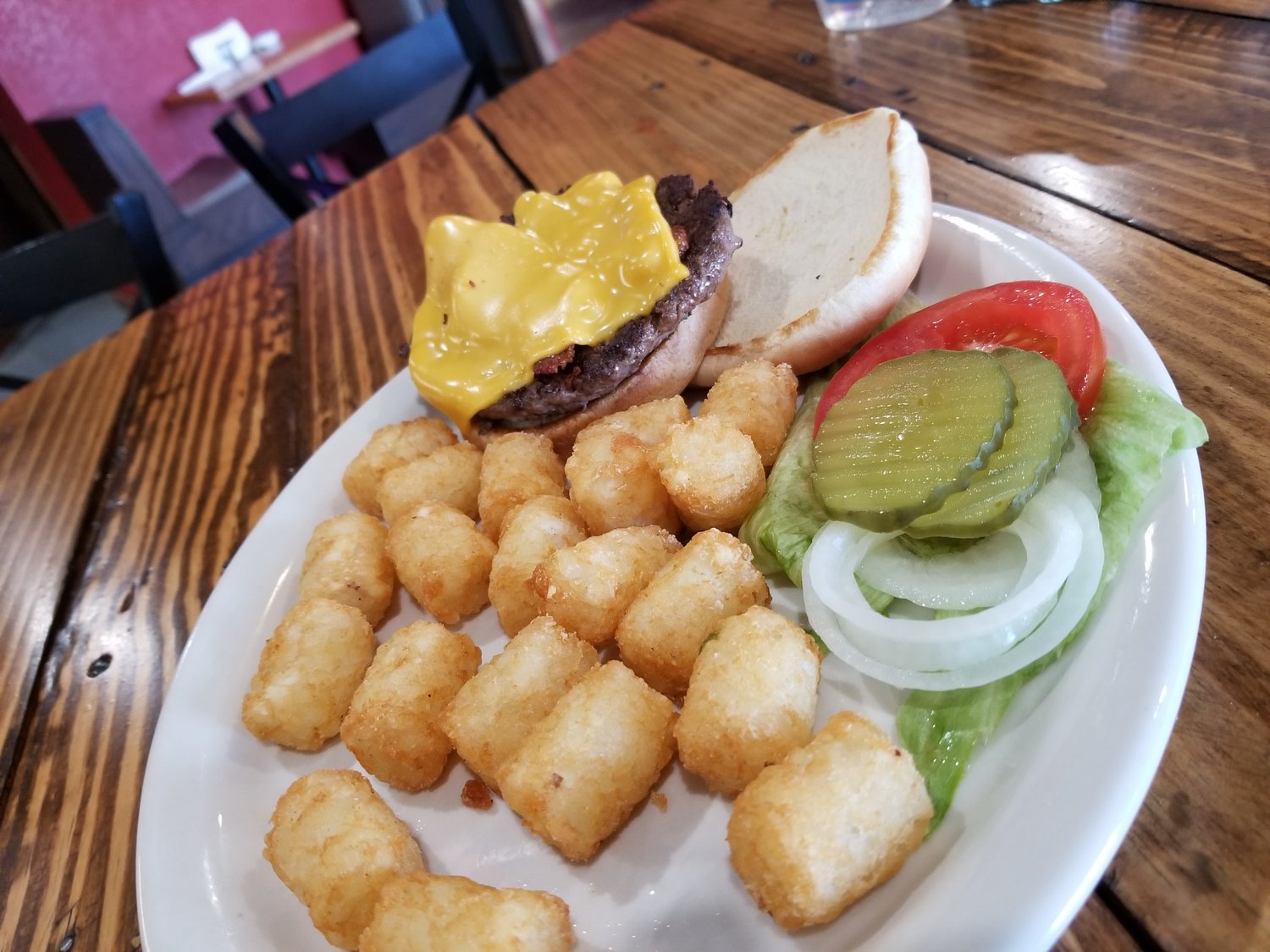 You can get an old school burger at Bull Shooters.

That may not seem so astonishing until you think about how the classic American sandwich has been trending of late. Chefs are keen to pile as much as they can on top of the patty – pickles, onion and cheese, of course, but also gently poached eggs, sliced Granny Smith apples, mac and cheese, soft shell crab, toasted ravioli and the like.

And the folks at Bull Shooters can keep up with the times – sorta. The “buck’n bacon tot burger” with a tumble of tater tots over the patty is about as far as they go.

But a simple combination of ground beef with the familiar accoutrements and perhaps a few strips of bacon and melted cheese works well, especially on a pillowy white bun. The savor of beef, the faint hiss of char from the grill and the earthy rumble of pepper stand out.

The restaurant held its grand opening last Saturday and drew an overflow crowd – which says something for the pent up demand for a place to sit down and order up in Auxvasse. On Tuesday people were streaming in even at the tail end of lunch rush. Their conversations kept rotating back to Bull Shooters: “It’s so nice to have a restaurant.” “This is so much better than what it was.”

Bull Shooters sits along Old Highway 54 north of Auxvasse. It has a history running through Auntie M’s, Kelly’s Deli and a doughnut shop. New owner Randy McMorris gutted the past, however, and restored the interior – somehow managing to keep the worn, neighborly appearance of a country diner.

The menu speaks to the soul of the American road. There are burgers and fried things, a hefty pork tenderloin sandwich, baskets of french fries and rudimentary salads. The fried green tomatoes are tart, with a mellow note from the cornmeal crust and a steady drumbeat of pepper.

And the menu includes favorites added to the American diner pantheon in more recent decades, such as potato skins, which was an ‘80s thing, and chicken wings – created in Buffalo in the early 1960s, but slow to reach the rest of us. It wasn’t until the ‘90s that wings really started to fly.

There’s a small bar, a couple of pool tables and a narrow stage. For the grand opening the staff had to pull out stools from the DJ booth to give a few more of the standing room crown a chance to sit.

The restaurant has become a popular spot. And that’s no bull.