The City of Laddonia Board of Alderman voted to charge residents $200 an hour for cleanup if they do not address high grass on their property at its September 15 meeting. 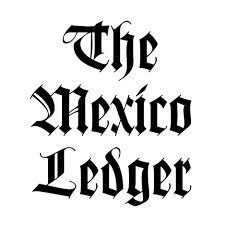 The City of Laddonia Board of Alderman voted to charge residents $200 an hour for cleanup if they do not address high grass on their property at its September 15 meeting.

Mayor Gary Garnett said that residents would get a warning and then upon second notice, the city would go and clean up what needs to be addressed.

“If they don’t pay the bill, it will go on their taxes,” Garnett said noting they were modeling themselves over something similar to Vandalia in dealing with the same issues. “It’s worked out real well since we have an ordinance. We only had three properties that we did actually have to go to.

“We got a hold of people and got their attention.”

City Supervisor Charlie Vogt stated that all properties that have been cited by Code Enforcement have been rectified and the workorders with time will be submitted to the city attorney for billing purposes.

• Discussion continued on the set up of the Samuel Fuqua highway dedication ceremony for December 7 recognizing him as one of the state’s Medal of Honor recipient. Garnett said that the city is waiting for the House of Representatives to moving forward on it. “I guess we are a template for this,” Garnett said. “It’s pretty exciting for us.” Senator Jeanie Riddle is sponsoring the event, Garnett said. Garnett also said that they are also looking to get a concrete bid finalized to move forward on the basketball court city at the park named for Fuqua. The court would be located would be on the south lot that is available.

• The 4-wheeler and ATV ordinance was tabled to next month. Discussion will focus on certain legalities to drive and/or tag the vehicles to drive them within the city limits. “We will try to get that back on the agenda and get that going to,” Garnett said.

• Garnett said repairs for the shelter in the park and pump houses are stalled. They are awaiting a proposal for doors as a different option has been proposed. They are also waiting on the electrical bid.

• Garnett said the discussion of raw water being sent through the pipeline from the city pumphouse to MFA in order to sell it is under discussion. The board is waiting on a proposal from ASI-Laddonia for the cost and recommendations.

• Mayor Pro Tem Tresa Hodges has been contacted by Audrain County Associate Commissioner, Leslie Meyer, about working on a Community Development Grant as MFA has identified several buildings and a grain bin that need to be demolished and the this could work into cleanup opportunities for the community, according to the minutes.

• The board discussed a goal to get quality and affordable health insurance and it has been made aware of a program if the city join’s the Chamber of Commerce of Mexico or Vandalia.

• The city’s attorney has prepared a Quit Claim Deed to be executed by the mayor that relinquishes the city’s right on the driveway on Mr. Stafford’s property.

• Public comments included Kevin Charlton asking when a police officer would be hired. He stated he knows of happenings in town and the need is great, according to meeting meetings. The Council stated that it was still looking but there have been no applicants. Marcia Garnett voiced complaints about a city employee’s language and comments made in public places. That employee was not named. Heath Hall gave a report on the funding application for the Clarance Cannon water connection. He stated that the grant application was approved for 75 percent of the estimated project cost. This would equal approximately $1.5 million. The Council will need to decide whether to accept this proposal at the October meeting, the minutes sad.