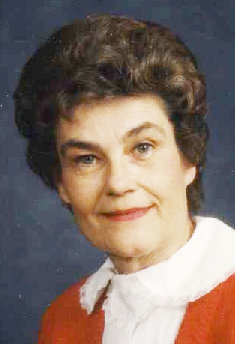 Rose D. Kizer, longtime resident of Paris, Mo. passed away on Nov. 14, 2020 at The Cottage where she had resided for the past three years. She and her late husband Howard Kizer moved to Paris in 1961, after purchasing the Smithy Rexall Drug Store. They owned and operated Paris Pharmacy for the next 35 years, before selling the business and retiring in 1996.

Rose worked in the pharmacy with Howard and enjoyed being active in the Paris Community. She was a member of the Paris United Methodist Church, PEO, a past member of the Mark Twain Country Club and the Paris Chamber of Commerce. Rose was also a member of the infamous Monday Night Bridge Club which later transitioned into the Monday Afternoon Bridge Club that was featured in the Best Selling Book, Bettyville.

Rose Kizer enjoyed her life in Paris. Playing golf, attending and hosting dinner parties as well as playing bridge with several now deceased couples were some of her favorite past times. She also kept an immaculate house and yard at 135 Bodine Street since purchasing the home in 1962. In recent years Rose rarely missed watching the Cardinals or Missouri Tigers on TV. She was a good wife, mother, grandmother, aunt and friend to many.

Rose was born along with a twin brother on the family farm on July 15, 1935 in rural Pike County Missouri to Lee and Darlene Dempsey. Rose along with her parents and five siblings lived on a farm that bordered Buffalo Creek between Bowling Green and Louisiana, Missouri. She attended Mt. Zion one room school through the eighth grade and then attended Bowling Green High School, graduating in 1953. Rose attended the University of Missouri in Columbia for a year before returning to Bowling Green to join the workforce. In Bowling Green, Rose worked for several local businesses and Dr. Biggs. She met Howard Kizer in 1960 when he was employed at the Bowling Green Pharmacy. Rose and Howard married on Valentine’s Day in 1960 and were together until he passed away on December 27, 2013.

Rose is survived by a son, John Kizer (Jessica), grandson Jake Kizer and step-grandson Garrett Skipworth. She is also survived by two brothers Leon Dempsey of Vandalia and Bobby Dempsey of Bowling Green. She is survived by several nieces and nephews, including a special nephew Ed Henderson and his wife Brenda who frequently called on Rose in Paris.

Funeral services will be held at the Agnew Funeral Home on Sunday, Nov. 22, 2020 at 1:30 p.m. There will be a visitation from 11 a.m. until time of service. Burial will follow in Walnut Grove Cemetery. Agnew Funeral Home is in charge of the arrangements. Masks and Social distancing will be required to attend the services. Memorials may be made to the Monroe County Cancer Supporters.