Mexico native Greg Sewell is the new engineering technician for the City of Mexico. He is a 1995 graduate of Mexico High School and had been working in Oregon, Illinois since 2008. 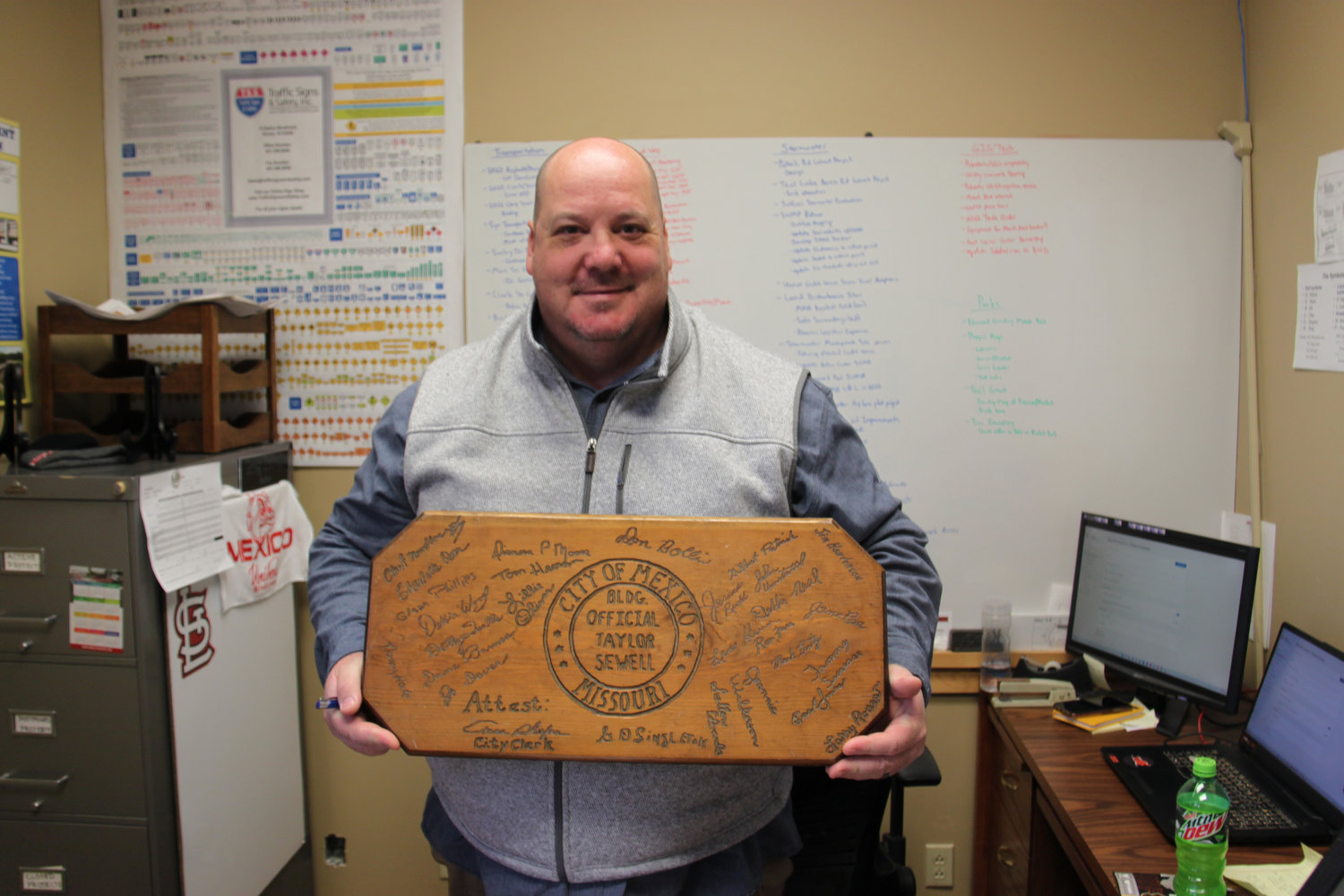 Mexico native Greg Sewell is the new engineering technician for the City of Mexico. He is a 1995 graduate of Mexico High School and had been working in Oregon, Illinois since 2008.

Greg says "In Illinois I worked as a radiation technician at a nuclear power plant. My wife Julie and all of our family is from Mexico. Recently the City of Mexico had an opening which gave me an opportunity to move to back to my hometown.”

Greg’s grandfather, Taylor Edwin Sewell also worked for the City of Mexico for over 10 years and retired in 1977. When Taylor retired he received a plaque with engraved signatures by City of Mexico employees including Police Chief Don Boley. That plaque is now displayed in Greg's office. "Greg says it has come full circle, 45 years later."

Greg's son, Jokiah Sewell worked as an engineer intern for the City, this past summer. There has been three generations of Sewells' who have worked for the City. Part of Greg's job for the City of Mexico includes working for the Public Works Division and helping with storm water management.

Sewell says "It is great to be back home in Mexico, MO."