A secret to longevity

With its 65th anniversary set to take place this upcoming week, Graf & Sons are all about sharing the celebration with more than just the “family.”

So, the business will host the …

A secret to longevity 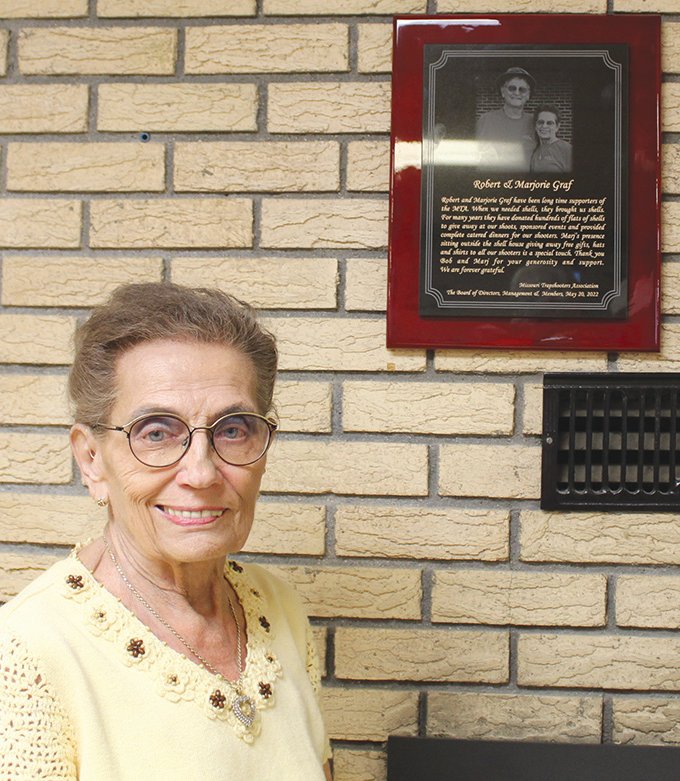 With its 65th anniversary set to take place this upcoming week, Graf & Sons are all about sharing the celebration with more than just the “family.”

So, the business will host the Mexico Area Chamber of Commerce’s Business After Hours 4-6 p.m. tonight at 4050 South Clark Street.

The last time the business – owned by Bob and Marjorie Graf for over four decades - hosted a Business After Hours event was five years previously on Graf & Sons’ 60th anniversary, so this is another spoke in the always turning wheel on Clark. The business focuses on the reloading component of various ammunition, powder and priming.

“We will have a band, a full meal and we have giveaways,” Graf & Sons Customer Service Manager and Event Organizer Sheila Fox said. “It’s normally for the chamber, but we have over 300 people coming. Usually, (After Hours) are only chamber members show up. But, Marj (Graf) has a lot of pull.”

The Silver Wings will provide musical entertainment while the meal will include choices like parmesan crusted chicken and pulled pork and other side dishes and desserts.

It’s a sweet deal for a celebration for a company that has taken care of its own.

“It’s friends, family, acquaintances and customers and representatives from other companies,” Fox said. “This is just for people to come, talk and have a good time. It’s not about work at all. It’s a fun little party.”

Fox has been with the company since 2000 and sees what has made Graf & Sons last as long as it has.

“They are good employers: They have always been good to people who work here,” Fox said. “They always went above and beyond to make people happy and stay. They are very family oriented.”

Fox had a battle with cancer a decade ago, and the company stood behind her the whole time.

“I never worried that I wouldn’t have a job when I was ready to come back,” Fox said. “They are very accommodating. They did a fundraiser for me and they raffled off a gun. They do that for a lot of people in town.”

Then, of course, there is the business side of things as Graf & Sons and their 50-or-so employees go to work for the success of the establishment.

“They have great communication with our manufacturers and have been  able to get what people are asking for,” Fox said.

Chamber of Commerce Director Dana Keller said they are excited for the After Hours aspect of the evening, but also about recognizing Graf & Sons impact on the city of Mexico.

“The economic impact of having the Graf family here and their business is just incredible,” Keller said. “We always love to celebrate. It’s a perfect example of how the Graf family does events and how they celebrate. They are super good to the community and are always willing to go above and beyond.

“They really make everyone enjoy the evening.”

Keller has been with the chamber since 2009 and said Graf & Sons’ longevity is bolstered by the family approach and their business’ determination to excel.

“They are hard workers who started small, came from modest backgrounds and worked hard,” Keller said. “They really valued and invested in our community and they treat the people who work with them really well.”

Marj Graf says the company has lasted as long as it has because of its focus on customer service being a priority and doing the best it can for each one.

“I grew up on a farm in Central Illinois and my grandparents were immigrants from Switzerland and Germany and they were hard working Christian people,” she said. “I learned that growing up.”

Marj is looking forward to the party.

“We are going to have a lot of fun and we will meet some customers we have not met before and we will have a very good time,” Marj said.