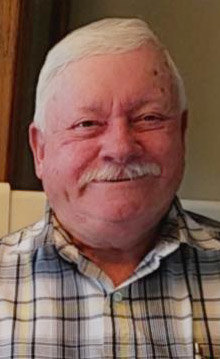 Graveside service will be Saturday, Dec. 12, at 11a.m. at Sunset Hill Cemetery in Madison, with Rev. Randy Jones officiating.

Gary was born on March 19, 1946, in Pulaski County, the son of Henry Clifford and Lela Mae (Patton) Powers. He married Rita Wright on May 22, 1970, in Mexico, at First Christian Church.

Gary was a devoted family man that loved all of his family. He would be there for any of us anytime of the day or night. He had a love for cars and a passion for car auto body repair and would say he needed to go out to his garage and do some "scratching" on a car. He enjoyed fishing with his grandchildren and watching WWE wrestling on TV. He enjoyed the days when Andrew "Little Man" would come over and sit and talk to him in his garage. Gary taught Andrew and Kaleigh how to maintain and take care of cars inside and out. Gary always spoke from the heart and took pride in showing Kaleigh "Punkin Puss" the ropes of life. The love for squirrels was something that Gary had for a very long time. He would call out to the squirrels and here they would come, and he would hand feed them. Gary was a hard-working feller that was dedicated to his job at The Ad Finder.

Gary spent countless hours at the Lake of the Ozarks riding go-carts with Michelle, constantly telling her to slow down, but she never did listen, she wanted to go fast like her daddy. The one thing that will always be remembered forever is Gary rebuilt Michelle's first car, and it looked like a brand new 1967 Ford Mustang. Not to mention, over the years, he built, from the ground up, many other cars for Michelle. Those memories will never be forgotten. Gary "PaPa" never missed a family gathering or event. He loved being able to sit around with everyone and visit...and of course...eat food. Gary was a loving husband, father, grandfather "PaPa", brother, and friend to everyone he had ever met. Gary will be truly missed by everyone and his stories will never be forgotten.

Gary is preceded in death by his parents, Henry and Lela Powers; brother, Ronnie Powers; and mother and father-in-law, Marshall and Dorothy Wright; and two nephews, Brian Chrisman and Brad Allison.

Arrangements are being handled by Arnold Funeral Home.