The Lady Bulldogs are getting their mat work in this summer.

Mexico sent four girls to the Kids of Chaos Tournament in Hillsboro on June 4 for some offseason action. Kaylynn Pehle earned first … 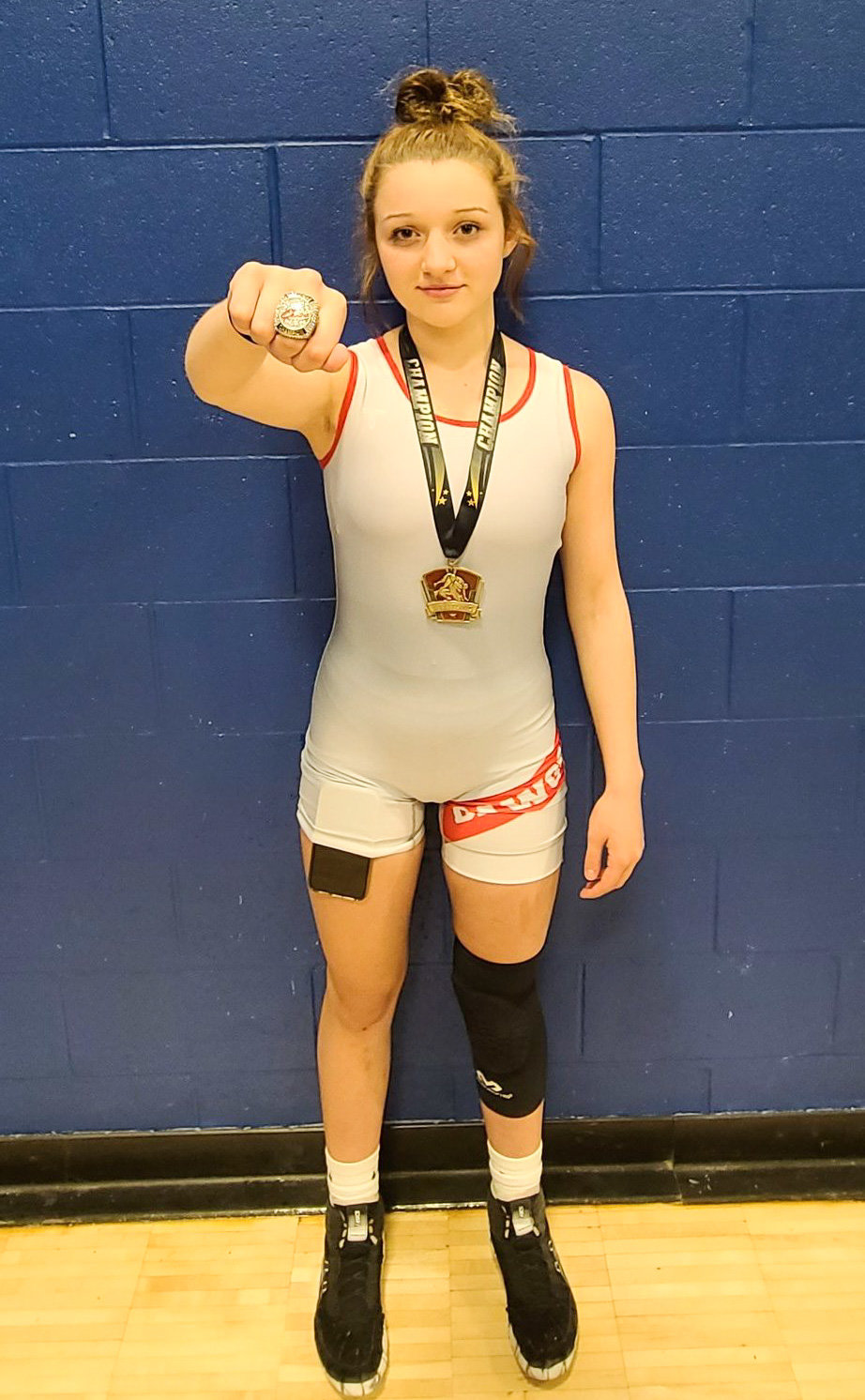 The Lady Bulldogs are getting their mat work in this summer.

Mexico sent four girls to the Kids of Chaos Tournament in Hillsboro on June 4 for some offseason action. Kaylynn Pehle earned first place in the 112-116-pound weight class while Abby Drew and Riley Stuart took home third place in their respective weight classes.

Pehle finished her day 3-0, starting with a 3-1 decision victory against Jackson Girls Wrestling Club’s Gracie Metzger. She then won by forfeit in the second round before winning her third-round match against Festus Youth Wrestling’s Trinity Butler by pinfall at 51 seconds.

In the 122-126 pound weight class, Drew lost her first- and third-round matches by pinfall to Mallorie Metzger and Mollie Metzger, of Jackson Girls Wrestling Club. Drew won her second-round match with Northwest’s Brenn Huncovsky by a 5-0 decision.

In the 132-139 pound weight class, Stuart lost her first- and third-round matches via pinfall but picked up victories by forfeit and by pinfall at 53 seconds against Festus Youth Wrestling’s Isabella Horn.

Taylor Parker was pinned four times in the heavyweight class to finish in fifth place.

The girls plan on competing later this summer on July 6 for the Marshfield Dual Tournament and on July 23 for the Show-Me State Games in Columbia.