The Van-Far football team fell to Montgomery County 51-6 on Friday, a week after picking up its first win of the season. 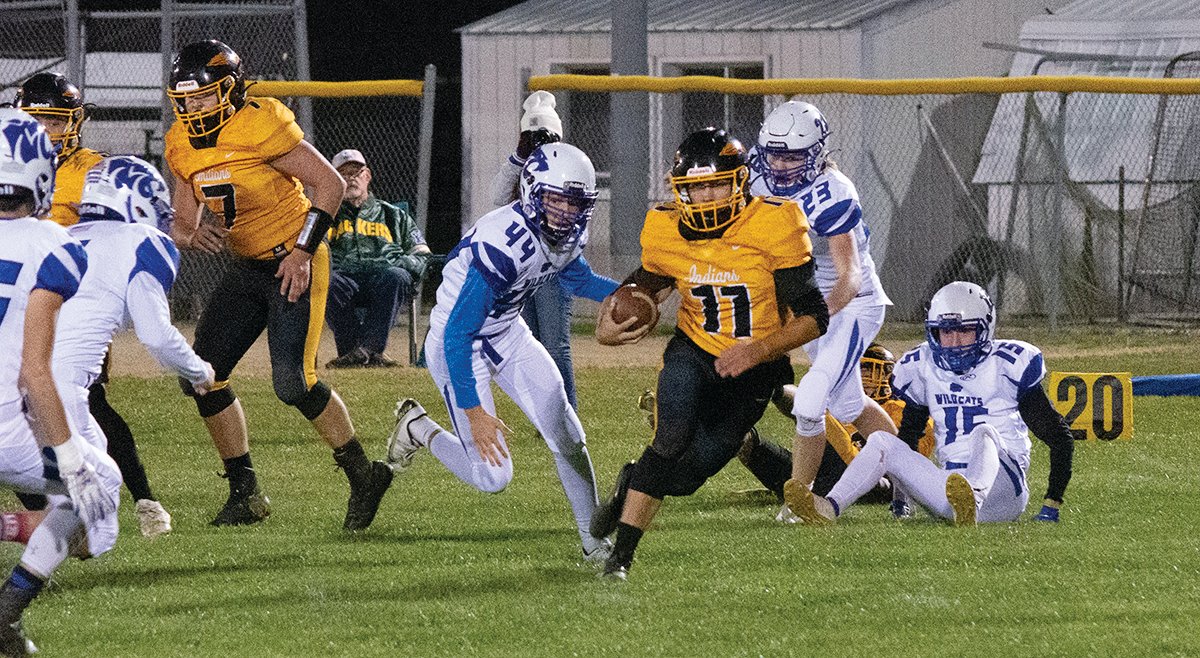 The Van-Far football team fell to Montgomery County 51-6 on Friday, a week after picking up its first win of the season.

Van-Far (1-5) put the first points of the game on the board early but followed it up by allowing 51 unanswered to the Wildcats (6-2).

Garrett Schmidt intercepted a pass on the second drive of the game and scored an 18-yard rushing touchdown two plays later.

“We were getting in a good rhythm,” Van-Far head coach John Kliewer said.

Following that score, Montgomery County scored touchdowns on six straight possessions, with 28 of its 42 first-half points coming in the second quarter.

Van-Far’s defense finally forced a punt on the Wildcats’ opening drive of the second half, but followed it up with a Tony Garland interception just three plays later.

Montgomery County added a safety and another score in the fourth quarter, putting the game way out of reach for Van-Far.

Schmidt rushed 13 times for 45 yards along with Van-Far’s only touchdown. Bryson Lay ran nine times for 27 yards and had a 41-yard reception.

Despite the lopsided score, Van-Far held onto the ball, only turning the ball once on an interception. Kliewer is proud of his team’s performance on a day where they played as many as five freshmen at once against a more accomplished program.

“We’re still trying to figure stuff out,” Kliewer said. “There’s a lot of learning going on.”

This Friday, Van-Far ends its regular season against Scotland County (2-6) at home. Kickoff is scheduled for 7 p.m.