Brookfield no match for motivated Bulldogs

When Capri’Ona Fountain capped off a fast break to seal a 48-17 Mexico win at the Sports Center on Tuesday night, the points were hardly meaningless.

Brookfield no match for motivated Bulldogs 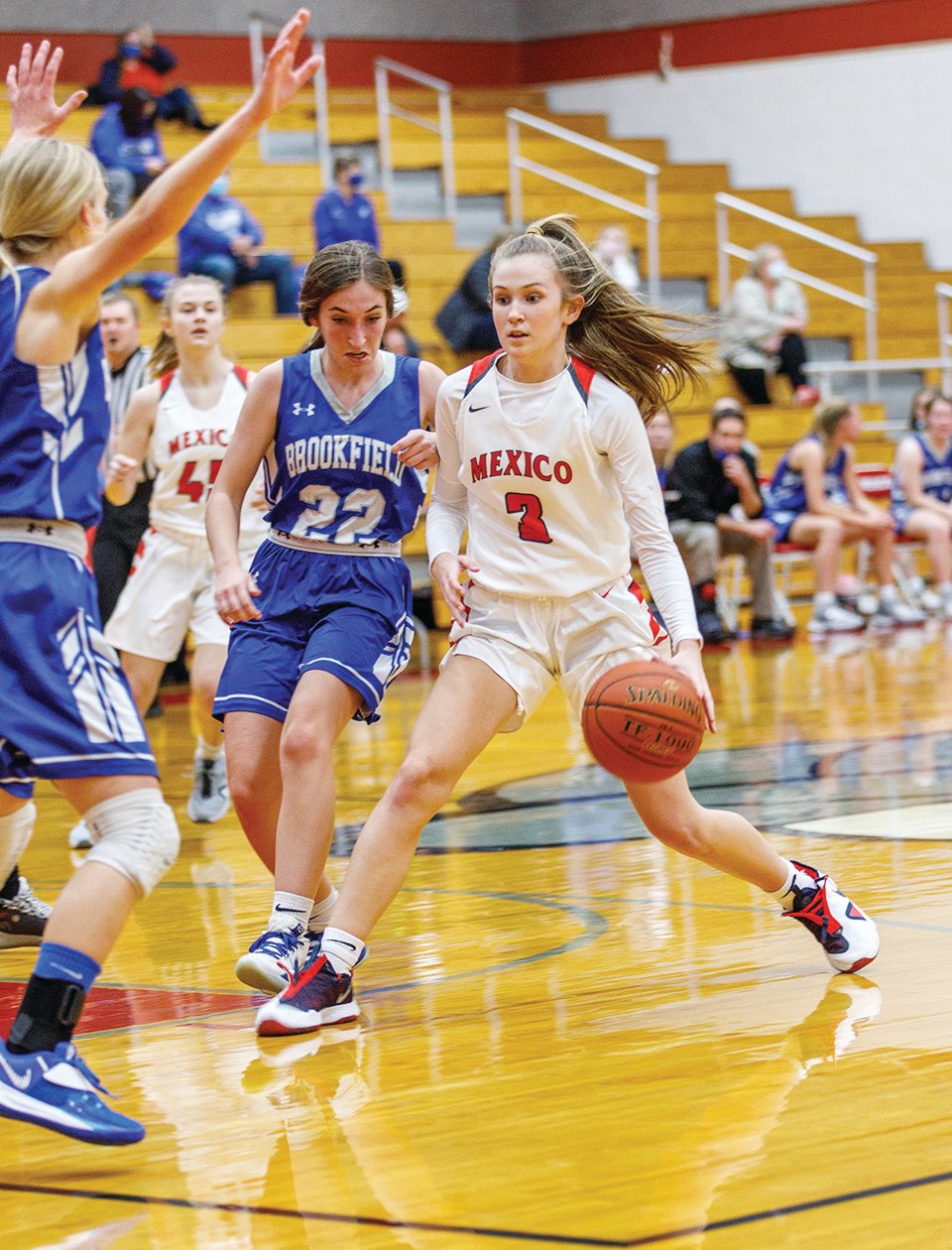 When Capri’Ona Fountain capped off a fast break to seal a 48-17 Mexico win at the Sports Center on Tuesday night, the points were hardly meaningless.

The Bulldogs tore through Brookfield in the first and third quarters, hammering the visiting Bulldogs 19-4 and 17-3, respectively. While the 1-2-2 defense held throughout, however, Mexico’s offense struggled in the second and fourth.

“We needed the motivation from each other,” Fountain explained.

Mexico didn’t need much encouragement from the opening tip. Taylor DeMint hit a flyer to start the scoring and Alexis Willer, Mya Miller and Riley Thurman took it from there. But the teams played evenly in the second, with Brookfield’s Kaley Smith and Torie Trentham combining for 6 points, balanced by 6 from Willer, Riley Blevins and Miller again, fighting through a crowded lane.

In the third Miller went on a personal run that started with a free throw with 3:11 remaining in the period. She then powered into the paint one on three to convert a lay up. When DeMint stole the ball moments later, it was Miller to put in the points.

She completed the 7-0 spurt with an easy finger roll. And when Abby Oetting drained a three to end the third, Mexico was up 42-13.

Costley used the game to get experience for his reserves. And it paid off.

“We worked on being able to trust who came in,” Fountain said. “I feel like we learned to trust.”

Miller with 15 and Willer with 10 scored in double digits. Thurman tacked on 7 while Blevins and Oetting added 6 each. Fountain and DeMint both added a bucket.

“We worked together,” Thurman pointed out. “In practice we’ve been more motivated.”