A loss at the hands of Centralia was avenged as the No. 5 Mexico Bulldogs defeated No. 4 Centralia 14-9 Tuesday in district play, keyed by a six-run first inning. 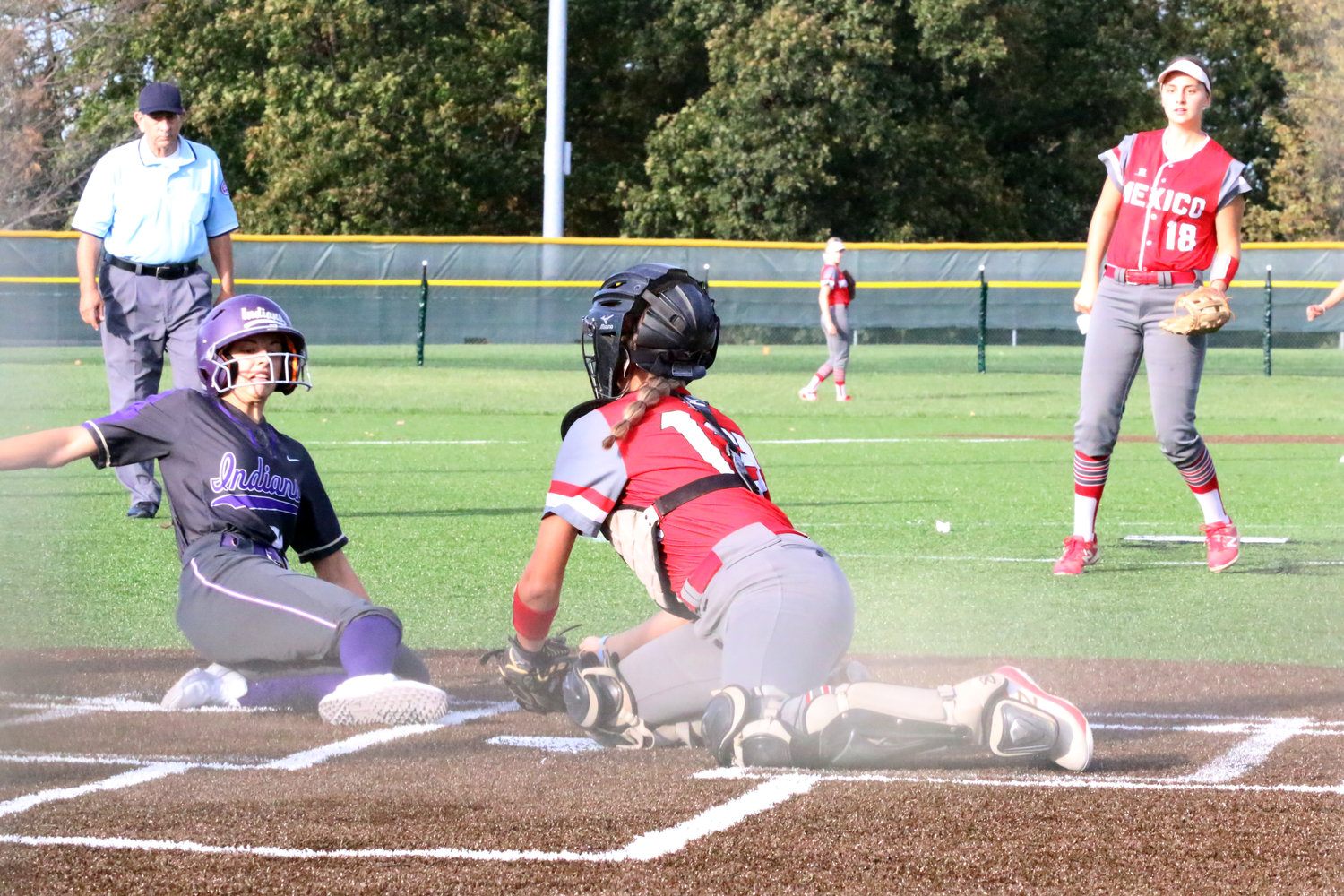 Mexico catcher Karlee Sefrit tags out Avery Oetting at home in the bottom of the first inning Wednesday. Kierstan Epperson is in the background. [Nathan Lilley] 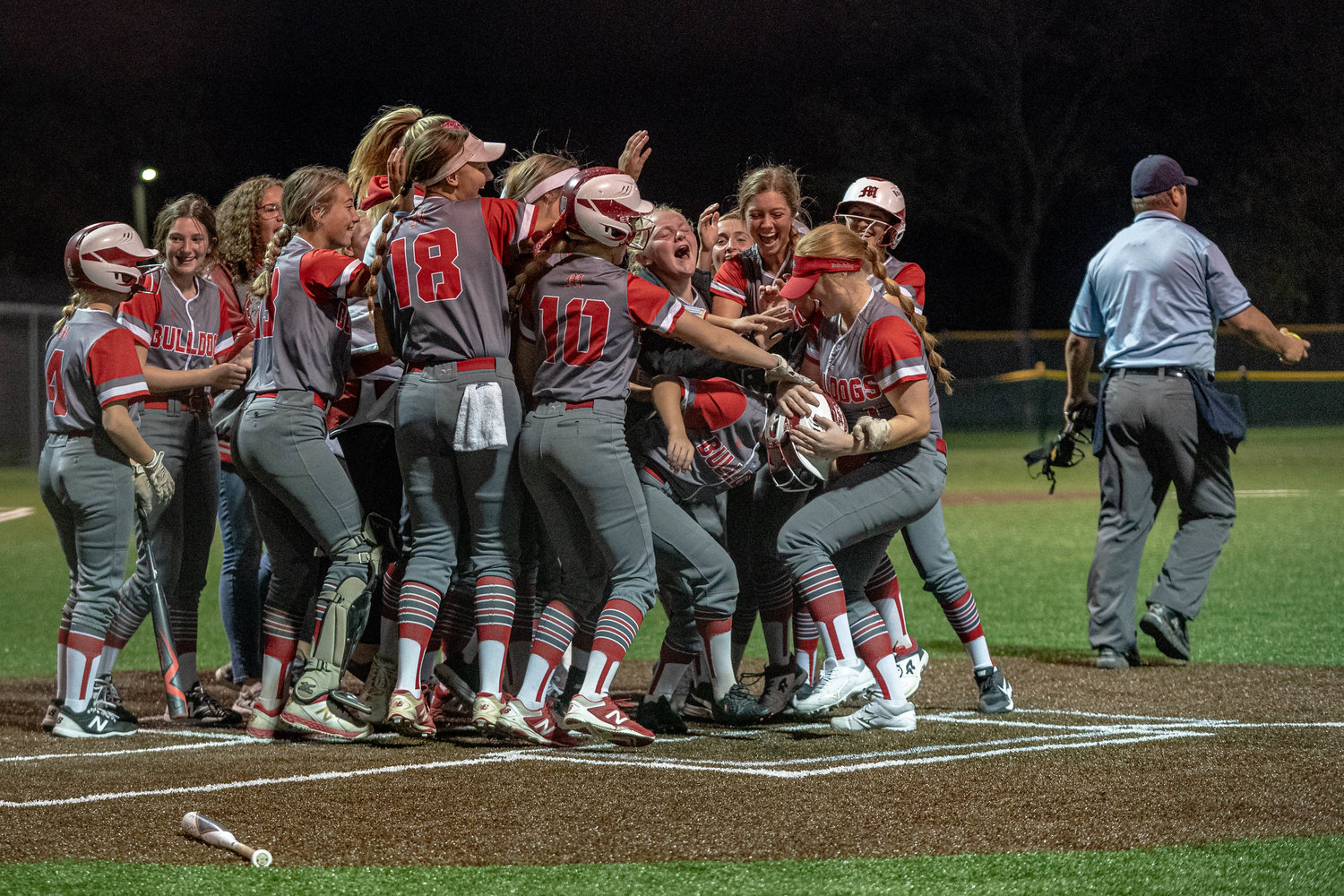 There was reason to celebrate Tuesday as the Bulldogs defeated Centralia in opening round district play. [Eric Mattson] 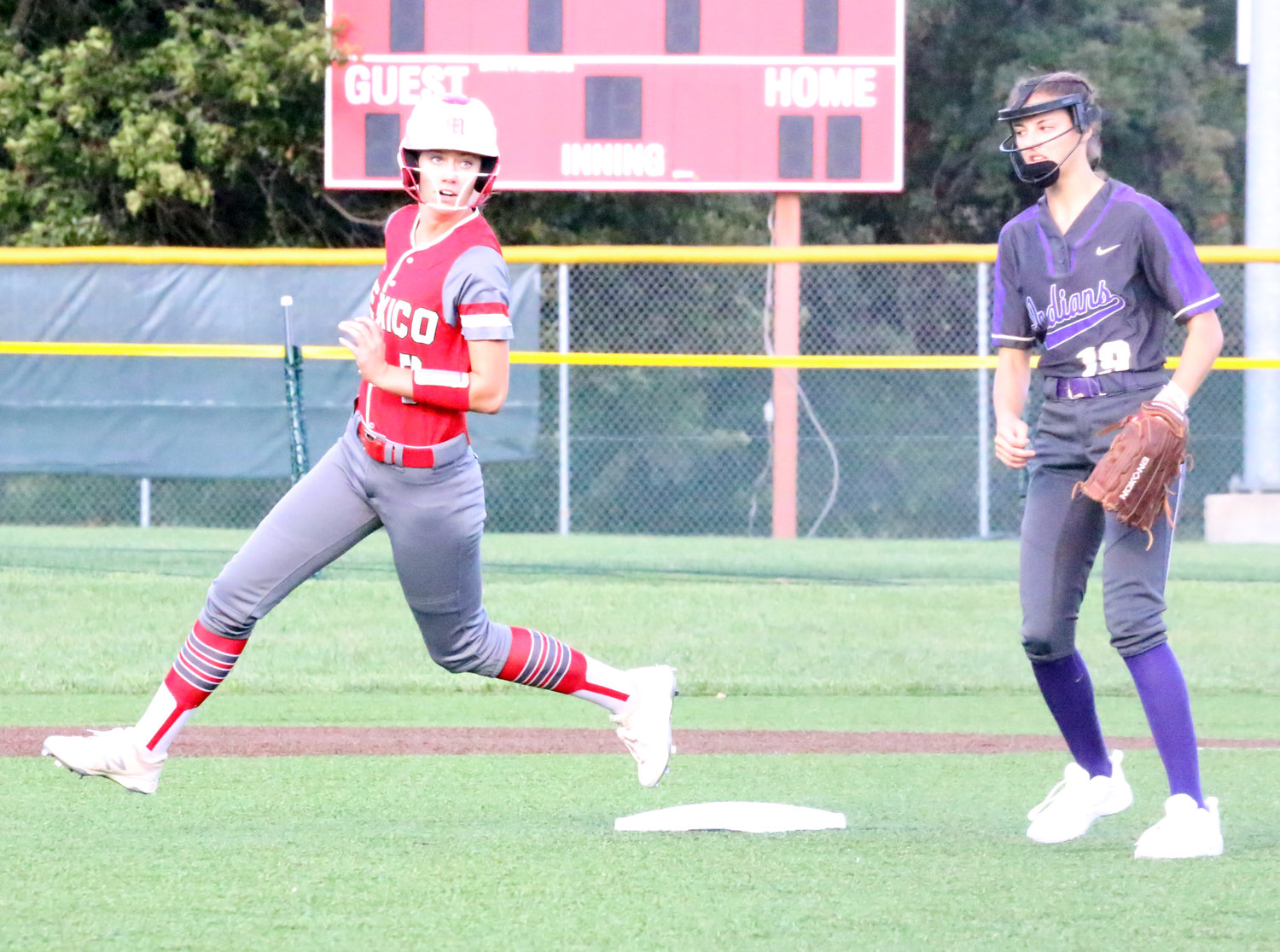 A loss at the hands of Centralia was avenged as the No. 5 Mexico Bulldogs defeated No. 4 Centralia 14-9 Tuesday in district play, keyed by a six-run first inning.

Karlee Sefrit and Riley Thurman led the Bulldogs with three hits each. Ruby Haefling drove in four runs. The Bulldogs outhit Centralia 15-11. Ruby Haefling and Jordyn Thurman delivered the big blasts in the game, with each hitting a home run.

With the victory, the Bulldogs advanced to play Hallsville Wednesday in Mexico. And they drew first blood, coming out loose and capitalizing on a lead-off walk en route to a three-run inning.

Hallsville - the district’s No. 1 seed - got on the board in the bottom half of the inning, but their rally was cut short as Thurman gunned out Hallsville’s Avery Oetting at the plate. At the end of the first, the Bulldogs were up 3-1.

Hallsville poured on six runs in the second inning and didn’t look back, holding the Bulldogs to a five-hit game.

Abby Bellamy was 3-for-4 at the plate, with Lexie Willer going 2-for-3. Each of them connected for a home run.

Coach Kendra Murphy says her team’s goal through the season has been to score 10 runs - or more. When that happened throughout the season, the result was typically a win. Murphy credits the girls for their patience at the plate versus Centralia, adding that’s been a priority as well.

“We had a point to make,” Murphy said.

And despite the loss, the Bulldogs appeared evenly matched with No. 1 Hallsville. That’s an assessment Murphy agrees with.

“Had we made the plays we were supposed to have made, we would have won that game,” she said.

“Taylor and Riley were a huge part of our offense this year,” Murphy said.

Riley Thurman slid into the lead-off role and made things happen.

“She embraced that role,” Murphy added. “More times than not, she got on in the first inning.”

That can be said for the Hallsville game as she drew a lead-off walk.

DeMint “made an impact in our batting order,” Murphy added.

“They all played key roles,” she said.

Mexico closes out the season with a 11-10 record.