CR6 ROUNDUP: Community gets around late in 7-1 loss against New Franklin

CR6 ROUNDUP: Community gets around late in 7-1 loss against New Franklin 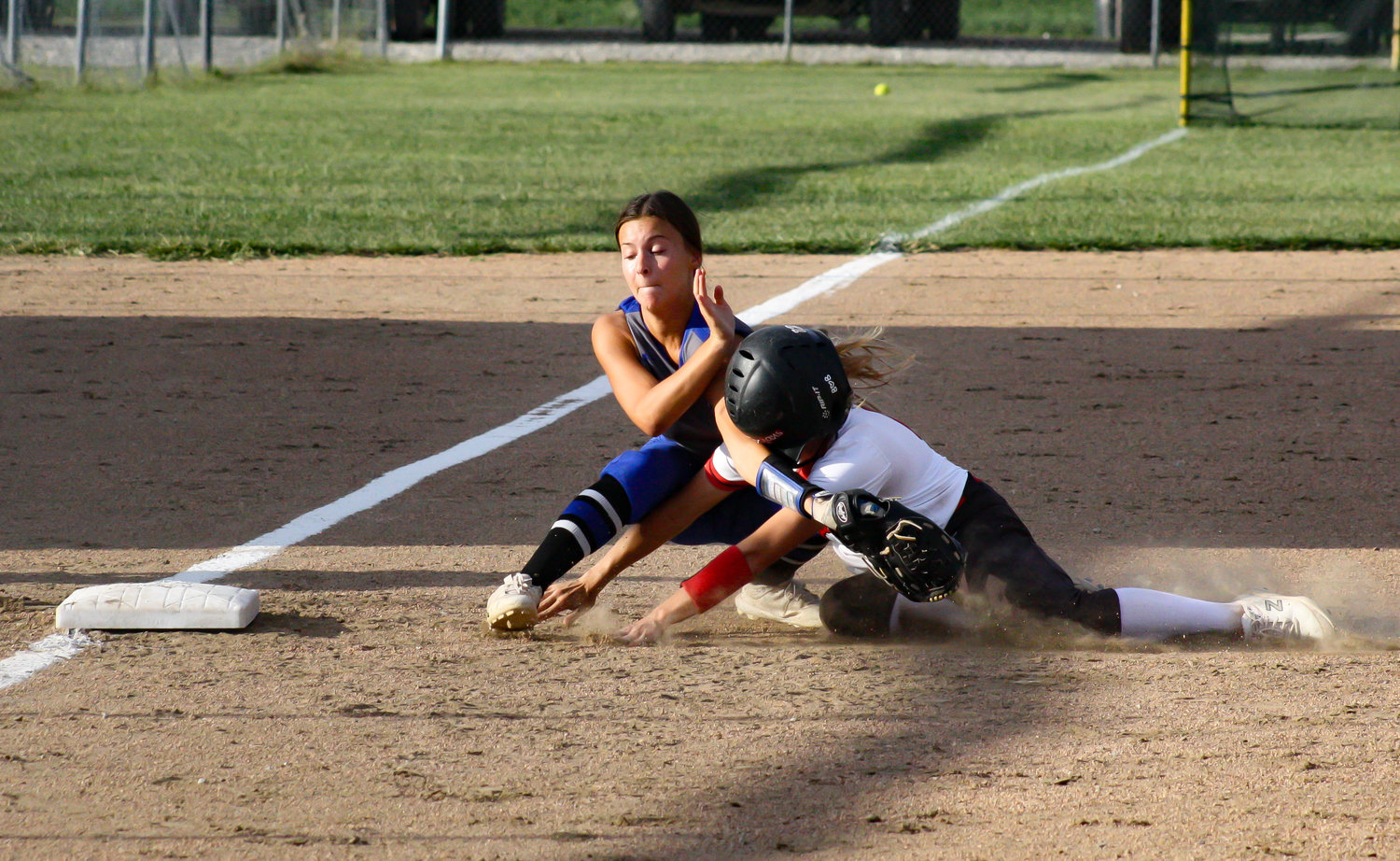 The Lady Trojans were tardy on a lot of their swings Monday at home in a 7-1 loss to the Central Activities Conference Lady Bulldogs. Community struck out 14 times and mustered three hits against reigning all-conference player Belstle, with the reigning CAC MVP Sarah Angel reaching base all three times against her.

It was 2-0 New Franklin until the seventh inning, when the Lady Bulldogs took advantage of two Community errors to set up Sophia Held for a grand slam that opened up a 7-0 lead. Jocelyn Curtis drove in the Lady Trojans’ lone run on a single after pitching six innings with six hits, six strikeouts and two earned runs.

Head coach Kody Asquith said the Lady Trojans have run into many talented pitchers, including Cairo’s Olivia Cross and Paris’ Kennedy Ashenfelter, that made it difficult for them to time their swings. Monday was the same story.

“We haven’t really faced a bad pitcher yet,” Asquith said. “I’d say she’s definitely one of the better pitchers we’ve faced all year. She can bring the ball quicker than what we’ve been seeing. We were behind a lot. There towards the end, I feel like we started catching up with it, but not everybody did.”

The last inning is when Community started stringing hits together as Olivia Kuda, Paige Painter and Curtis all reached base before the next three went down swinging.

One Lady Trojan that seemed to give Belstle consistent trouble was Angel as she walked on six pitches her first time at the plate, swatted a double in her second trip and drew another walk in her final plate appearance.

Community still played from behind most of the game as a few balls dropped between first base and right field. New Franklin (8-5, 3-0 CAC) was getting mostly weak contact against Curtis and eventually Painter in the seventh inning until Held squared one up and over the fence.

Asquith said there were too many instances of shaky play between different fielders on the diamond as the Lady Trojans committed five errors.

“They didn’t quite make the plays,” Asquith said. “I understand those plays are tough because you got your second baseman going back and then you got your right fielder coming in. It’s a tough play, but a couple of them need to be made.”

Asquith said the score looks more lopsided at the end, but Community hung with New Franklin as it has done with several tough opponents this season. Prior to the seventh inning, Community was threatening after Peyton Schafer became the first Lady Trojan besides Angel to reach base, even though it was the hard way on a hit by pitch to the arm. She was fine and then Brooklynn Glasgow came to the plate.

Glasgow had already made a difference on defense, blocking various balls behind the plate with a runner at third base. She worked herself eight pitches deep into an at-bat against Belstle but weakly grounded out to end the inning.

“It was 2-0 going into the seventh until she hit that home run,” Asquith said. “Eliminate those errors, I think it’s a 2-1 ballgame right now.”

After quickly losing ground in a 12-4 for the last meeting, Community R-6 thought that it had Cairo’s number this time.

The Lady Trojans lost to their Central Activities Conference foe 9-7 in eight innings for their second round game, which bounced them to the third-place game Saturday at the Cairo Softball Tournament. Community defeated La Plata 6-3, then lost to Cairo and finally dropped a 9-1 game to New Bloomfield to finish fourth in the tournament.

Community had a 4-3 lead against Cairo in the seventh inning before it allowed four straight Lady Cats to reach base after the second out. Paige Painter came through with the RBI single to send the game to extra innings, but she couldn’t hold back Cairo in the top of the eighth inning.

Painter pitched in all three games, amassing 17 innings with 22 hits and nine earned runs — allowing more runs thanks to 17 errors by the Lady Trojans. In all three games, Brooklyn Glasgow finished with four hits, four RBI, and three extra-base hits, and Olivia Kuda was 3-for-8 with four RBI and two extra-base hits. Kuda finished 0-for-3 against New Bloomfield but gave Community its second varsity home run of the year in the Cairo game, tying the game at 2 in the fourth inning.

Kuda and Community’s Nos. 1-3 hitters combined to go 7-for-15 in the win against La Plata. The Lady Trojan offense didn’t score until tying the game at 2 in the fifth inning and then hung four runs in the seventh inning, highlighted by Glasgow’s two-RBI triple. Painter allowed five hits in seven innings.

Most of the offense didn’t happen until later in the Cairo game either. Painter’s sacrifice fly made it 4-3 until the seventh inning, when Cairo tied the game on a sacrifice fly. Cairo’s Olivia Cross allowed four earned runs on seven hits in eight innings but also finished 5-for-5 at the plate, including a double that set up Abigail Ogle for the sacrifice fly.

Glasgow picked up one of Community’s three hits against New Bloomfield’s Peityn Thomas in the third-place game — an RBI single to make it 1-0 after three innings. The Lady Wildcats took a 5-1 lead on plays that contained errors in the fourth inning and didn’t look back.

Callie Jennings was the lone Community R-6 runner on Monday.

In the girls varsity race, the Lady Trojan ran to a 17th-place finish with a time of 32:53 at the WMR1 Invite.

Community R-6 is scheduled to run in a meet Monday in Elsberry before the Calvary Lutheran Invitational on Oct. 1.