It's a Wednesday and workers are busy hanging window shades and wrapping up a few other finishing touches inside a building on East Promenade in Mexico. A step ladder is propped in a room waiting to … 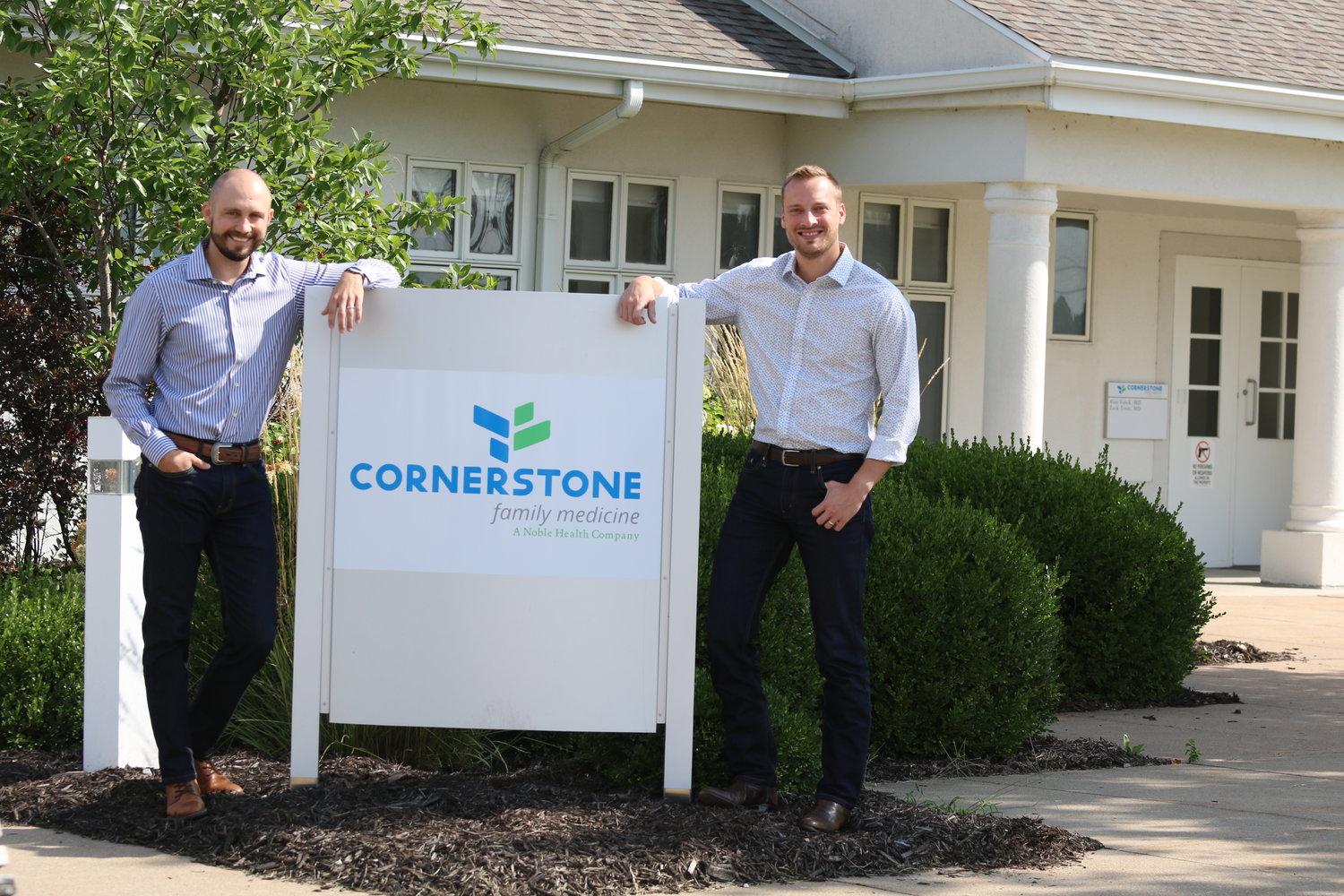 It's a Wednesday and workers are busy hanging window shades and wrapping up a few other finishing touches inside a building on East Promenade in Mexico. A step ladder is propped in a room waiting to be carried away.

There are no creases worn into chairs, no signs of wear. The offices and examination rooms of Cornerstone Family Medicine even smell new.

Family practitioners Alex Finck and Zack Treat opened on August 17 in a facility next to Audrain Community Hospital's Stribling Building. It's their first practice after completing medical school and residency at the University of Missouri.

"It's liberating, it's intimidating, it's all the emotions," Finck said of opening a practice and attracting their first patients.

Cornerstone Family Medicine is part of the Noble Health umbrella. And like the parent company, the practice represents a progressive approach to rural medicine.

Doctors Finck and Treat operate on a direct primary care basis. They do not accept insurance, they do not require copays. Medications are prescribed at low rates and the doctors block at least 30 minutes for visits. They even offer free in person consultations with people looking to check out their offerings.

Direct primary care is a break from the traditional business model. DPC practices operate on a membership basis. Patients pay a flat monthly fee for access to care.

It's a type of practice that is growing -- there are more than 1,800 DPC clinics around the country -- but more familiar in urban settings.

"We felt this is where we should be," Finck explained. "We have a lot of experience with the barriers to primary care that exist in rural medicine."

Finck grew up in Mexico. Treat is from Festus, a small community south of St. Louis. As the pair worked their way through school and residency, they became more and more attracted to the idea of a small town practice.

"You feel handcuffed in residency," Treat said, explaining that they could change the way they operate in order to suit patient needs.

In December the pair had settled on a location and were close to working out the details for their own clinic in Mexico when Noble Health approached them. The executives at Noble, which owns Audrain Community Hospital, had earlier floated the idea of a DPC clinic and were keen on attracting new and young physicians to the area.

"They've been great partners," Treat said. "They're exceptional to work with."

Under the DPC model, Cornerstone plans to limit their coverage to no more than 800 patients per provider. This will allow the doctors to spend more time with patients and allow greater access. It also helps them keep costs down.

Most traditional practices require more staff as they expand. They bring in a pharmacist, a specialist, nursing, people to handle calls and paperwork. It's a system that works -- tried and tested -- but it also puts pressure on providers to see as many patients as possible.

Both Treat and Finck explained that all doctors prefer to have more time with those under their care. That, they say, is the promise of direct primary care.

The doctors are clearly enthusiastic about the practice and its format. They point out that other physicians in the community have been very accepting of the new office.

Finck notes that healthcare is not a competition. Many practices are full and there is a demand for services.

The pair had hoped to open earlier. But Finck said Noble put in "a ton of work" renovating the space. They finally settled on a Monday opening, but finishing touches -- the sort that might get in the way -- pushed them back a day.

But now Cornerstone is ready, building, doctors and staff.

"It's growing a lot faster than I thought it would," Treat said.